Doctor Strange (2016) does not look or feel like any Marvel movie that has come before it. This could be due to the great acting, the really great costumes and the fantastic score. But I’d like to chalk it up to the film’s signature sequences of mind-altering awesomeness that have been garnering buzz ever since the first trailer dropped. Without further ado: Here are the seven most mind-bending moments in Doctor Strange (2016).

7. Doctor Strange is a Doctor 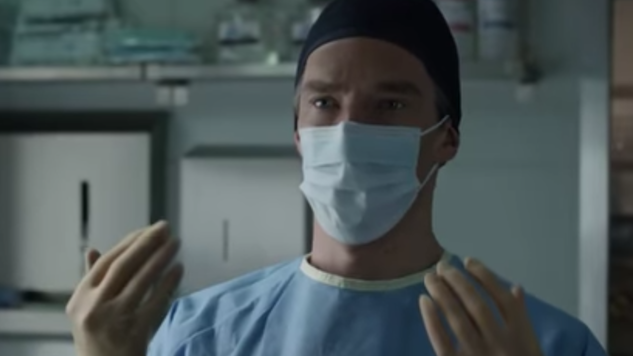 6. It Takes Place In New York, London and Hong Kong

Midway through the film, it is revealed that the Ancient One’s (Tilda Swinton) siiiick pad has portals that connect to Hong Kong, New York and London. This is proven when several characters, including Doctor Stephen Strange (Benedict Cumberbatch), travel through the portals. We even see the characters walking around those cities and interacting with them the way we would in the Marvel Real-Life Universe. This leaves us with one possible conclusion: Doctor Strange (2016) takes place in all three cities. I’d say the film makes its point that this earth has at least three cities, and I know it left me with my jaw right next to my ballsack.

5. The Part with the Vending Machine

4. They Didn’t Shoot the Film In Order

Despite a plot featuring multiple dimensions, time travel, and wizards, we (us) are able to follow Doctor Strange (2016) pretty clearly. You can understand my surprise, then, when I discovered that principal photography on the film began in Nepal on November 4th, 2015, featuring Benedict Cumberbatch (Doctor Stephen Strange). Hold on though. Doctor Stephen Strange (Benedict Cumberbatch) doesn’t appear in Nepal until the second act of the film, does he? That’s right! This can only mean they shot that shit willy nilly, and then someone else had to put it back together. You’d need to be a real wizard to do that job, and I should know, because I believe in wizards.

When the Ancient One (Tilda Swinton) introduces Doctor Stephen Strange (Benedict Cumberbatch) to the “Mirror Dimension”—a parallel plane of reality where actions, even magical ones, have no effect on the physical realm, allowing skilled sorcerers to practice experimental magic without fear of consequence and to trick and imprison their enemies—the dicks really start flying off the page. You’re telling me the filmmakers behind Doctor Strange (2016) know about my short-lived post-punk new-wave collective “Mirror Dimension?” We only pressed like a hundred copies of one 7”. I gotta tell the guys!

One of the hands-down coolest scenes in Doctor Strange (2016) is when Doctor Stephen Strange (Benedict Cumberbatch) trains with Karl Mordo (Chiwetel Ejiofor). Yes, as the two fight, Doctor Stephen Strange (Benedict Cumberbatch) is forced to improvise a cat’s cradle-esque defensive weapon out of pure energy, while Karl Mordo (Chiwetel Ejiofor) is so adept that he can use that same energy as stepping stones with which to run through the air, yes. Yes. I hear you. Yes. But did anybody else notice that Karl Mordo’s (Chiwetel Ejiofor) primary weapon is one of those muscle rolling sticks you can buy online from any Mars Athletics, ISDON, Supremus Sports, PENSON & CO., Physix Gear Sport, or Fit Spirit retailers? I got one of those things at home for after dance competitions. Where’s my bailout?

1. When I Was In Movie Theater, During That Post Credits Sequence, and Doctor Stephen Strange (Benedict Cumberbatch) Was Talking About Thor’s Father (Anthony Hopkins) with Thor (Chris Hemsworth), I Got To Thinking About My Own Father (Tim Techler), and What He Was Doing, and If He Was Practicing With His Band, Working In His Office, or Just Chilling Out at the End of the Day—Which, You Know, He Would Deserve, Since He Works Hard—and That Got Me Thinking About the Fact That I Don’t Work Very Hard, And Maybe What I Think Are Sincere Efforts to Make My Father (Tim Techler) Proud of Me Are In Fact Misguided Detours That Draw Me Further and Further Away From Meeting the Apex of My Own Potential; That Self-Same Potential Which I Believe My Father, In His Years and Wisdom, Has Already Long Since Met and Moved Beyond—Which Then Got Me Thinking That, Because My Father (Tim Techler) Still Works, And Works Very Hard, At What Makes Him Tick, He Must Not See Himself As Having Met His Own Potential, And Must Instead See Time As An Incubator Which Helps Us to Hypertrophy Even As It Causes Us to Atrophy—Which, Must Also Be Both A Welcome And Unwelcome Revelation to Doctor Stephen Strange (Benedict Cumberbatch), Who, As We Know, Can Use the Eye of Agamotto to Manipulate Time Itself, and Yet Still Perceives Time As Moving Forward, Linearly, That Is, Around Him. This Made Me Feel Like Doctor Strange (Benedict Cumberbatch) and I (Graham Techler) Were On The Same Page, Though It Made Me Miss My Father (Tim Techler) a Great Deal. 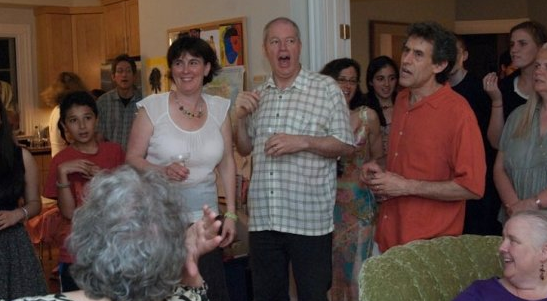 And that’s why Doctor Strange (2016) should win Best Sound Mixing.

Graham Techler is a New York-based writer and actor. Follow him at @grahamtechler.
Tags