The moviegoing public sure loves its sequels. Six of the top 10 grossing films of the year are follow-ups to other successful pictures. And many more are on the way in 2015, or are on the schedules for next year. The interesting thing is that, unless they are animated, those sequels are rarely comedies. For as much we like to have that part of our brain stroked by watching familiar characters in similar or new situations, we’d apparently much rather watch them blast aliens into another dimension or fight evil people threatening to destroy huge portions of the planet. It’s not hard to understand why this happens, though, when you consider how awful so many comedy sequels are. For every decent one that comes along, we are saddled with a dozen others like Caddyshack 2 or Son of the Mask. There are, as they say, exceptions to every rule, however, with some follow-up films bucking the trend and leaving both critics and viewers delighted. Here then are our picks for the 10 best comedy sequels ever made.

Amazing to think that when the first film in the Pink Panther series was made, it was intended as a vehicle for its top-billed star David Niven. Wisely, director Blake Edwards realized the true star of the show was the bumbling French policeman Inspector Clouseau, as embodied by the brilliant Peter Sellers. So, they rushed another film into production (it was released in the States a mere three months after The Pink Panther) and comedy greatness was born. Ever the sport, Sellers quite literally threw himself into the part, crashing and stumbling through his investigation of murder and mangling the English language each step of the way. Try as they might to recapture the fire of this first sequel, nothing quite matched the freewheeling spirit of A Shot In The Dark. 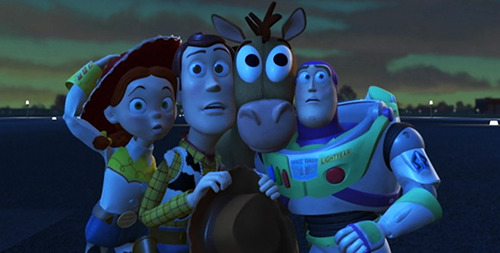 Like their benefactors at Disney, Pixar has, in recent years, worked to squeeze every last drop out of their creative properties, including big screen sequels to their most successful feature films. Outside of Cars 2, their batting average has been surprisingly solid, especially since they set the bar so high for themselves with this follow-up to the juggernaut that was Toy Story. True to sequel form, the story of the gang working to rescue Woody from a nasty toy collector is jam packed with thrills, visual gags and homages to everything from Star Wars to Howdy Doody. And, as they’ve been doing for years, Pixar balances it out with some moments that still tug at the tear ducts some 16 years later. 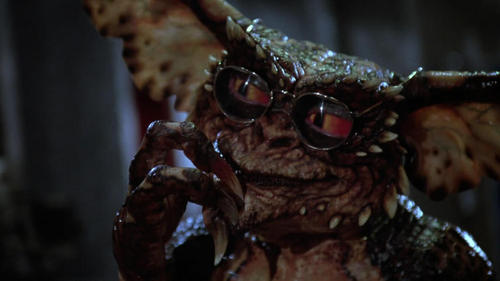 Joe Dante didn’t want to make a sequel to Gremlins. The first film exhausted him and was wrapped up so nicely, he didn’t see a need to carry the story forward. The studio, however, refused to give up and, out of desperation, gave him complete creative control. They sure got what they paid for, as the cult classic sequel throws absolutely everything at the viewer with zero interest in whether it will stick or not. It’s a slapstick comedy wrapped up in cartoonish violence and some sharp-edged satire about corporations and capitalism. Oh, and there’s a cameo by Hulk Hogan to boot.

4. After The Thin Man 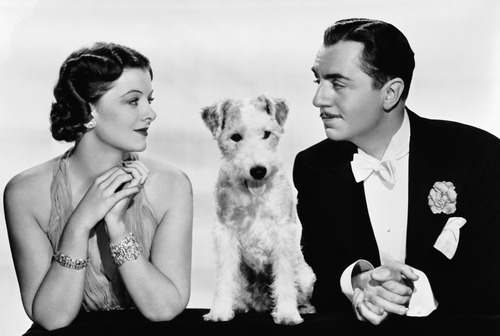 Here’s an instance of the public falling in love with some characters, demanding more, and the studio relenting to great creative and commercial success. Almost all of that is thanks to the onscreen chemistry between leads William Powell and Myrna Loy, who play married, gin-besotted private investigators Nick and Nora Charles, and their crystalline repartee. But it’s equally fun watching the pair wend their way through a mystery—in this case, the disappearance of Nora’s cousin—with only their wits and livers to protect them. 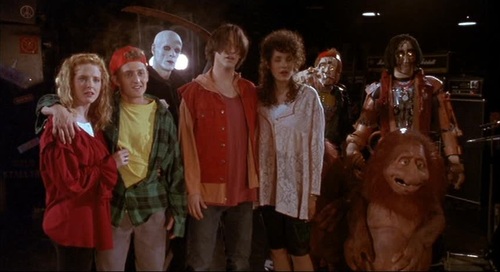 This could very well be a case of having one’s expectations so low that anything passable would have been deemed a huge triumph. Yet, there’s no denying the charm, wit, visual panache and postmodern joy of this follow-up to the sci-fi/comedy hybrid starring Keanu Reeves and Alex Winter as the brain dead saviors of mankind. The actual framing of the story with evil Bill and Ted robots trying to ruin our heroes’ path to glory is fairly silly. The fun comes when the titular schmoes are killed and have to find a way to get resurrected. This takes them both heavenward and Hades-bound (the original title of the film, if you didn’t know, was Bill & Ted Go To Hell), accompanied by Death, played with surprising sweetness by William Sadler. It’s both The Divine Comedy and The Seventh Seal writ for the Pauly Shore generation. 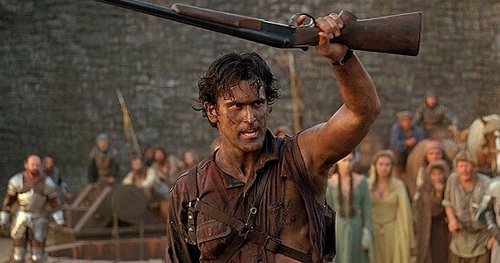 Could anyone have predicted the long tail of influence that Sam Raimi’s Evil Dead series has had? Hell, it is still churning out copycats and sanctioned sequels at this late date (the Starz series Ash vs. Evil Dead is set to premiere on Halloween). As wacky and outlandish as the first two films in the trilogy could get, they don’t hold a candle to the final installment, which sends hero Ash Williams back to Arthurian times to fend off the titular mob of the undead. Carrying the story, as ever, is Bruce Campbell, who proves to be a spry comic presence on-screen even as he’s mowing down baddies with his boomstick. 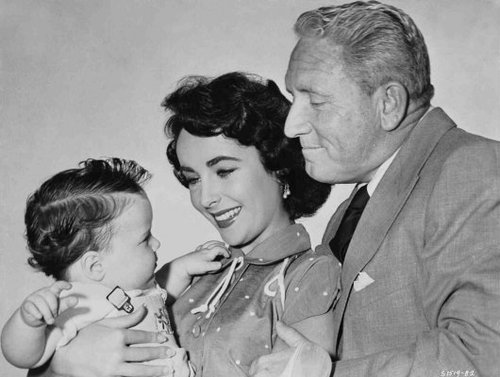 This is another case of a winning lead performance helping to elevate a decent enough idea to the level of excellence. In this film, that responsibility falls squarely on the shoulders of Spencer Tracy. Following up on the lives of Banks family in the years following the events of Father Of The Bride, we find his character Stanley wrestling with the notion of being a grandfather. Tracy is a wonder to watch as he slowly warms to the idea of his little girl being pregnant and looking after the little tyke once he’s born. It’s a master’s class in restraint as the veteran actor keeps a tight grip on the reins, lest he start getting too cartoony for an all-too-human story. 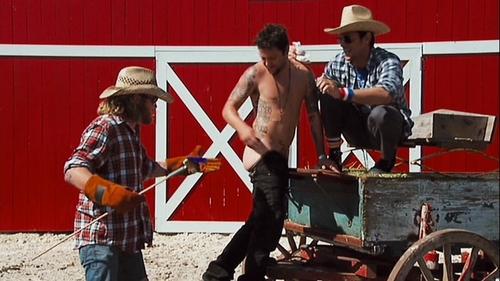 Not even we could argue the case for the Jackass franchise having much artistic merit to it. But we’re also not going to argue that the TV series and subsequent films aren’t the kind of cathartic fun that folks also get from NASCAR and UFC. Though either sequel to the first Jackass film could’ve made the list, we’re choosing this one for inspired moments like the closing song and dance number (set to, of all the things, a song from La Cage Aux Folles), Johnny Knoxville getting thrown by a bull, and, yes, the Fart Mask. 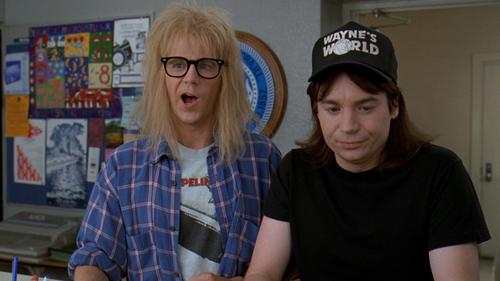 Talk about your rushed out sequels. Before the body was even cold on the first installment, Mike Myers and the gang were at work on the follow up. While the initial response was commercially and critically lukewarm, time has been kind to this silly little vehicle for this hard rock loving SNL character, his good natured sidekick, and their misadventures. Those warm feelings are likely due to the film’s self-awareness and completely unnecessary but still fun parodies of everything from The Graduate to The Doors to Thelma & Louise. It’s as loose and shaggy as the wigs that sat upon Myers and Dana Carvey’s heads throughout. 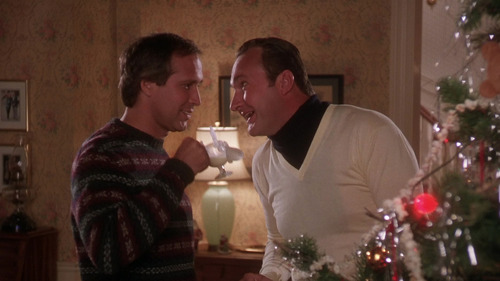 Not a masterpiece by any stretch of the imagination, but a film that has seen its cult grow exponentially in the years since its release. The madcap yet heartwarming world of the Griswolds now sticks to one location—the family house—and the insanity comes to it in the form of a rabid squirrel, inbred relatives, and a lot of Christmas lights. The film is also notable for being a snapshot into the comic greatness of Chevy Chase and Randy Quaid before they both lost their respective marbles and turned into the angry old men we know them as today.

Robert Ham is a Portland-based freelance writer and regular contributor to Paste. You can follow him on Twitter.

a shot in the dark

after the thin man