AMC gave fans of the Preacher comics their first look at the Seth Rogen-helmed TV adaptation last November with a gritty and violent 90-second trailer. Now the network is giving us our first look at each character, up close and personal, with this series of stills featuring our favorite god-hunting trio. And it comes right on the heels of the series’ big two-hour pilot premiere at SXSW next week.

For those who aren’t familiar with the upcoming series, Preacher follows Jesse Custer (Dominic Cooper), a Texas pastor who is very literally gifted with the word of God—that is, he can control other people with his words. It’s a result of an accidental possession by a supernatural creature that’s half-demon, half-angel. Custer travels across the 50 states on a journey to find the man above after he disappeared, joined by Tulip, a trained marksman and an Irish vampire named Cassidy.

Preacher was developed for AMC Network by Evan Goldberg, Seth Rogen and Sam Catlin. The comics are published by Vertigo, the DC Comics’ imprint. 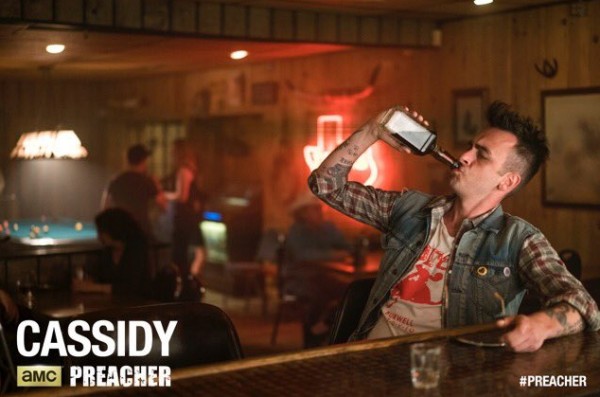 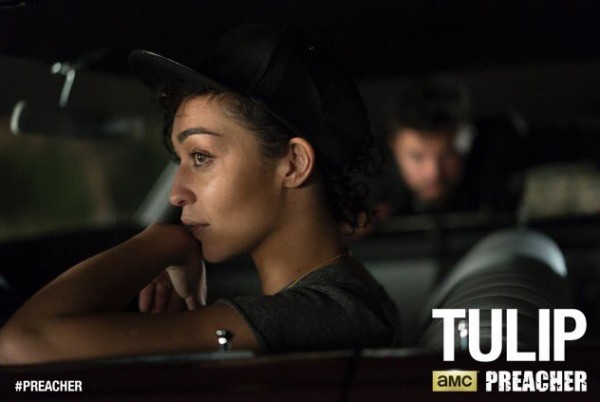 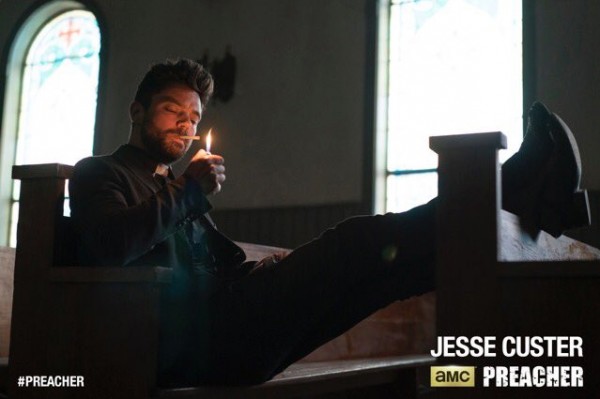