Picking up where previous volumes of the explosive French Manga left off, Last Man Volume 3: The Chase begins in media res: Adrian, the young pugilist protagonist of the first two volumes, and his mother ride across The Valley of The Kings—the quasi-magical realm where they reside. They cross a rift into a world closer to ours than theirs, but still a far cry from any reality we would recognize. Police resemble Mad Max-style wild men who feud with equally-feral firefighters, and judges are styled after professional wrestlers who win their cases by literally throwing the book at the defendant. Following the initial exposition of Adrian and a macho drifter fighting in a medieval martial arts tournament, this relentless pace should seize wandering attention spans and match the escalating rhythm of nostalgic Saturday morning cartoons. (Appropriately, Last Man is in process to join that medium as well.) 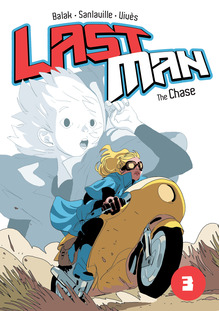 The Last Man series —produced seamlessly by the trio of Bastien Vivès, Michaël Sanlaville & Balak—wears its shonen manga influence on its sleeve: its narrative is broad, accessible, easily defined and melodramatic. The characters are affable and familiar, but they lack nuance and depth. This approach straddles the line between endearing and alienating; it’s admittedly simple, relying on the strength of its cartooning—the articulation of its story—more so than its actual narrative.

Fortunately, the grayscale art—produced by all three creators—is confident and capable. Figures are composed of lines thick enough to offer a strong definition without constricting, embracing a loose and curvilinear feel. Combined with the trio’s ability to render a wide range of expressions, the effort results in compelling fight sequences. In Last Man, flesh becomes rubber and bodies collide in a flurry of concussive conflict. Characters pull back fists framed from low angles, granting an exaggerated sense of size and import. The authors frame and compose each panel for maximum energy, speed, dynamism and impact. The fight sequences—particularly the courtroom scene in the book’s climax—resemble the finishing move graphics of fighting game benchmarks like Marvel vs. Capcom more than any action movie.

Readers will no doubt feel the intentionally incomplete nature of The Chase (the series is scheduled for 12 volumes), but the story is not the point. The fights are the point. The action is the point. And that point is sharp. 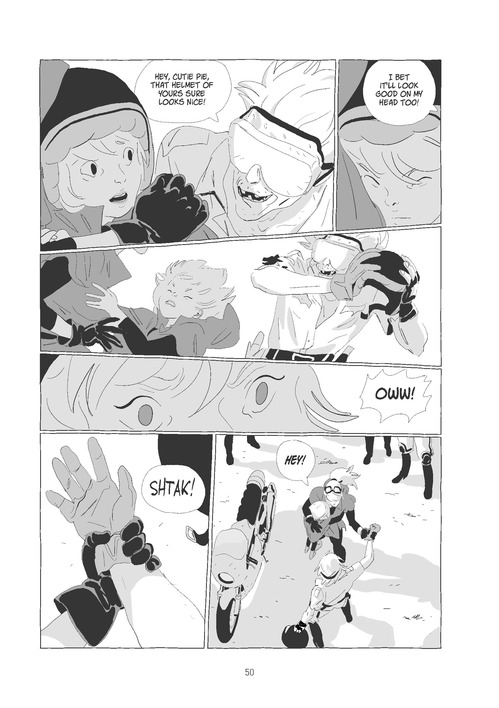 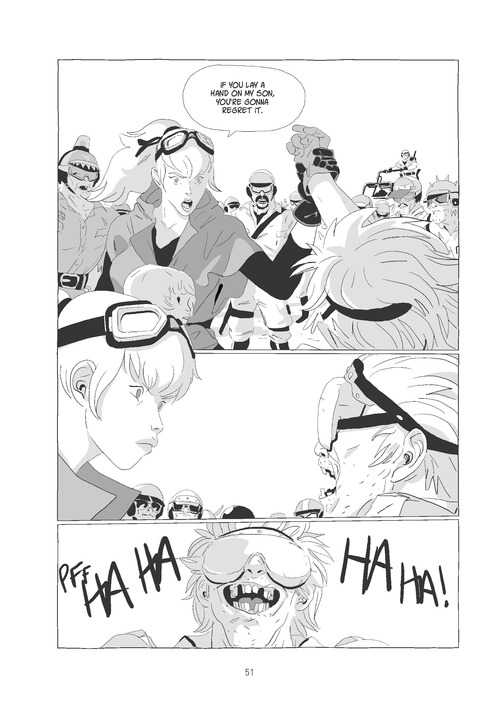 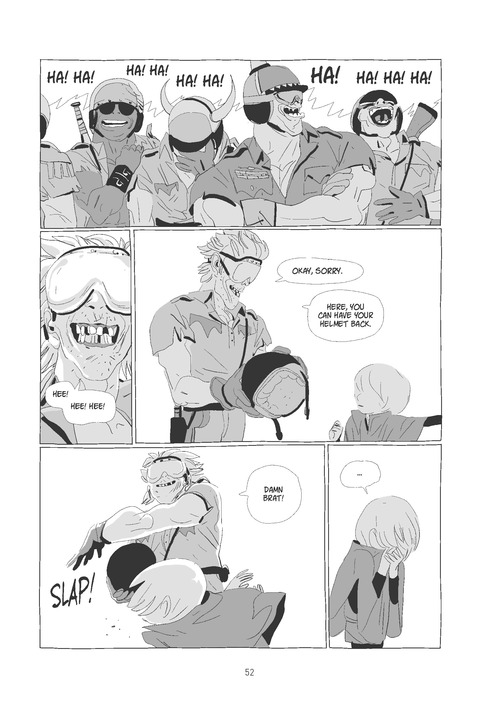