A few days ago, I was having a conversation with a friend of mine, who also happens to be the buyer at one of my favorite local bottle shops. We were discussing the current hazy IPA trend, and how everyone—from local mainstays O’so to now-Big Beer behemoths like Ballast Point—is dipping their toes into that hazy, non-flocculated pool. This gave way to a discussion of originality, of innovation—or lack thereof—in the craft brewing industry, and if we are truly, to paraphrase Cicerone Program founder Ray Daniels’ recent statement, entering an era of wheel-spinning.

This is probably hyperbole. Just look at music: no one would confuse glam-rock cult icons Sweet’s “Little Willie” with the Richard Thompson tune they lifted the progression from. They are two great tastes with similar DNA. Likewise, with beer, there are always new hops to discover and cross-breed, new yeast strains to isolate, new techniques to pioneer…

But just in case these fears are founded, and there comes a day when Cory King, Jerome Rebetez, and Troy Casey throw up their hands and say “I dunno,” here are some rock-solid shelf turds to get you by until someone hollows out a volcano and ages the cooled lava in a South African red Zinfandel barrel. These beers are often overlooked, but some of the best classics at your local beer store. 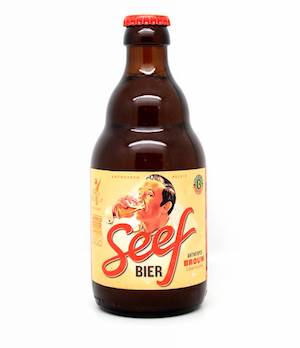 This beer occupies a particularly soft spot in my heart because the importer that had been bringing it in recently ceased distribution to Wisconsin. Just, just what the hell? Despite that, you can probably still get it most places and, trust me, you should. Essentially a slightly strong blonde ale brewed with wheat and oats, Seefbier stakes a claim in ale-space midway between Tripel Karmeliet and your finer table saisons. A brilliant gold color, the palate is a riot of stone fruit, white pepper, and a clean, mineral water profile. The carbonation is zippy, and settles into a still-lively softness after a few sips. It is so simple, and so perfect.

Some clarification about the style here: this beer’s label names it a “Baltic porter,” which is essentially a porter, usually stronger but sometimes not, fermented with a lager yeast. Like most styles, this one can be traced back to necessity: when the Russian court and other Eastern European nations were becoming infatuated with the stouts coming out of England, they eventually tried their hand at making them themselves. Problem was, they mainly had lager yeasts on hand, so…yeah.

On the same label, though, Sinebrychoff refers to this as an “ale.” So really, who knows? Also, when it’s this good, who cares? For the record, I do think this is a true Baltic porter: the beer has a light-bodied cleanliness to it, with a restrained yeast character usually indicating at least a lengthy lager process. It is smooth, chocolatey, with little to no bitterness to speak of. This is one of the definitive examples of the style, and you can typically find bottles for four or five bucks.

When you’ve been brewing for almost a thousand years, chances are that you’re doing something right. And while Weihenstephaner continues to reap renown for their wheat beers, their lagers—Pilsner and Korbinian doppelbock also among them—have typically not received the same sustained support, even in the midst of the lager revolution we’re currently seeing in the States.

That, along with Donald Trump and Florida Georgia Line, is our national shame. Because holy god is this a flawless beer. It pours crystal-clear gold, with a pristine white head. True to the helles lager style, it evokes the qualities of a pilsner, but with a more obvious focus on the malt character—in this case crackery, dry, and just a touch sweet. There is a hop note, restrained, evoking spring meadow.

If I sound Romantic, good. This is an old world beer that dredges up old world sentiments: a sense of place, a national identity. Half a hundred lives’ pursuits. 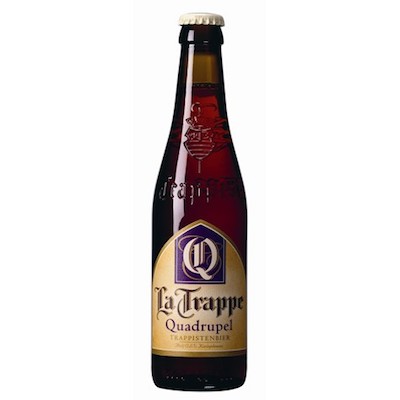 If you’re a seasoned Trappist ale drinker, you tend to have a fairly good idea of what you’re going to get when you order a quadrupel: a ruddy dark brown ale, lightly tanned head, an aroma and flavor of figs, dates, maybe a hint of chocolate if the malt bill is particularly rich and complex. This is a welcome constant along the same lines as death, taxes, and hatred of Roman Reigns.

La Trappe, however, distinguishes itself through a simultaneous nod to, and send-up of, that stylistic trope. It pours a strikingly light reddish brown—both the brewery’s Dubbel and Isid’Or amber ale are darker in color—with very little haze or yeast opacity to speak of. There is the requisite dark fruit/toffee/earthy-hop profile, but this quad sets itself apart with an underlying leather-meets-dried-currant sort of snappiness. The finish is remarkably dry, and begs another serving. 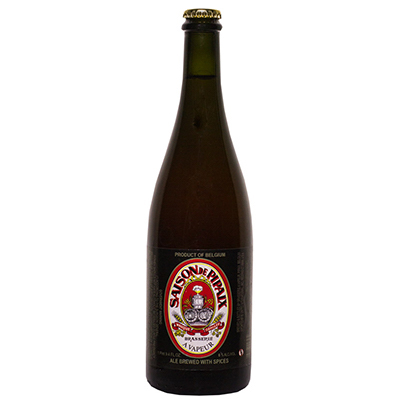 Of all the beers on this list, Saison de Pipaix might be the most difficult to find. As in, you may have to politely ask your local bottle shop to order a case, and it’ll be there in a month, for like $9.99/750ml bottle. A tiny little steam-powered brewery churns out this sucker, along with a small portfolio of other world-class beers, and they could probably give a damn what your basic palate has to say about it.

This is kind of an insane beverage. An amber-colored saison, the beer, going against stylistic tradition, is brewed with a variety of herbs and spices including black pepper, orange peel, curaçao, star anise, and ginger. This spice-rack infusion melds seamlessly, however, resulting in a farmhouse ale that is dry, earthy, and sharply citric, with an underlying minerality that hints at iron and limestone. So good. So, so good. 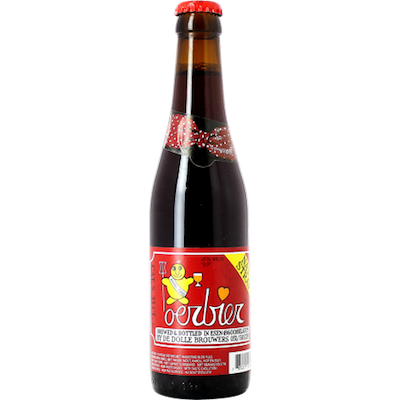 Okay, so, you’ve had Chimay Blue, Rochefort 10, St. Bernardus Abt 12, Achel Extra, even Westvleteren 12. There’s no way you’re going to suffer any more poor American facsimiles of the quadrupel style, but you feel unfulfilled, incomplete. You need the harder stuff.
Enter De Dolle. You want everything they make, even if you don’t know it yet: Arabier, a dry-hopped golden strong ale, is like Duvel cross-bred with Jon Jones; Dulle Teve, a bonkers interpretation of a tripel, is hoppy, apricot-infused honey; Stille Nacht, a special holiday ale, is literally one of my five favorite beers ever.

Oerbier is maybe their most basic: an approximation of a quad, it pays lip service to the Lords Fig, Date, and Raisin, but adds a tannic black cherry note that hints at red wine, though the beer sees no oak-aging. Unless you count their sometimes-released Oerbier Reserva, which is aged on Bordeaux wine casks and tastes like God fell into a Rodenbach foedre. 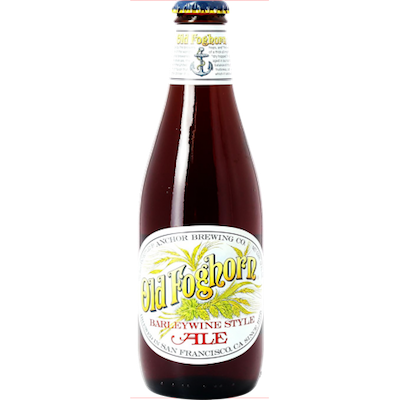 I struggled with the decision of whether to include this beer or Anchor’s flagship Steam Beer in this list. Both are seminal examples of their respective styles, neither are going away anytime soon, and they are both readily available. However, the fact that Anchor has been making Old Foghorn, a strong, dark, malty dessert-type ale since freaking 1975 tipped the scales in its favor. Old Foghorn leans more towards the classic British branch of the style, with stewed dark fruit, toffee, molasses, and just a hint of hop character. It’s sweet, but not overly so, and goes down surprisingly easy for a beer that clocks in at just under 9% abv. And though this is a seasonal beer, typically available from mid-to-late winter in most markets, you have a pretty wide window to grab a six-pack or two. 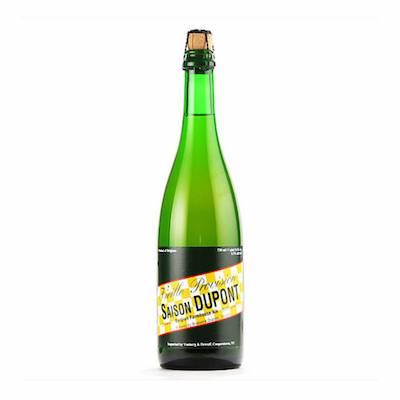 This is it. The Beer. The one I’d take to a desert island for my sole source of sustenance, comfort, and spiritual guidance. And though I am but an acolyte in the Church of Saison, you would do well to heed my advice: drink this beer. All of it.

But, I mean, really. In terms of balance in all contexts—alcohol content, price point, flavor—you really can’t do much better than this. Dry, peppery, hoppy, and light-bodied enough to warrant you putting down three glasses of the stuff, easily, Saison Dupont boasts a great return on investment where flavor is concerned. Sure, you can slam a pint of it and I wouldn’t object. But take a few minutes and dig deep into the beer: wildflower-like hops, wet wool, iron, orange zest, a whiff of vanilla. I’ve had thousands of different individual beers, and I still get excited when I’m about to have my first sip of a Saison Dupont. 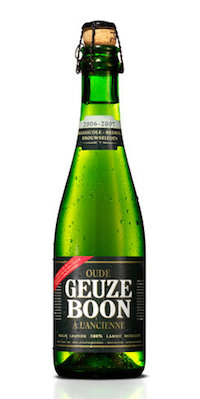 Let’s get a couple of caveats out of the way. Yes, Brouwerij Boon enjoys a hefty financial influx from Palm; I don’t care. Yes, Boon omits the first “u” from the world “gueuze” in their labeling; I don’t know why. Okay? Okay.

Unless you live in Belgium, travel there often, or have way more money than you know what to do with, chances are you’re not going to lay your grubby paws on something like Cantillon, Drie Fonteinen, or De Cam. And y’know…that’s fine. Because you have Boon, the unsung hero of the lambic world that even the likes of Woodman’s/Total Wine/BevMo can be arsed to carry. Guys, we need beers like this. While it’s not the pinnacle of the style or anything, it’s a better-than-solid gateway beverage, a glimpse into the extra-dimensional realm that exists outside of saccharomyces.

So, okay, the beer itself: funky lemon iced tea. The carbonation is soft, and underscores Boon’s near-leathery dryness, much better than their more premium-priced offerings like Mariage Parfait or Geuze Black Label. There’s also an off-sweet lemon rind sort of character to it, and an earthy house quality.