This year marks the 10-year anniversary of the opening of Surly Brewing — a brewery that has helped usher in a new wave of beer culture in Minnesota. Surly Brewing may not be the oldest, most prolific, or most inventive beermaker in the North Star State, but they’ve been the most politically significant. They championed a movement to legalize taprooms in Minnesota breweries. The bill — now rightfully referred to as “The Surly Bill” — became law in 2011, allowing breweries to become social hubs in the Twin Cities and beyond. They opened their magnificent 50,000 square foot beer hall three years later, making their complex (and hometown) a must-see destination for traveling beer lovers.

Their flagship Furious has become synonymous with Minnesota craft brewing. Hell, you could Photoshop a can onto the state seal of Minnesota, and no one would bat a lash. But there’s so much more cookin’ at the Surly combine than just that indomitable red can. Die-hards might know their annual hyper-competitive Darkness release is one of Surly’s claims to fame as well, but what about their regular offerings that drinkers might want to explore? Those two must-drink beers aside, these are the best beers from Surly’s first decade of scene-making brewing. 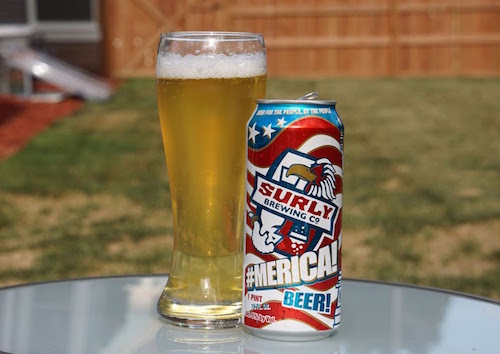 The first of Surly’s collaborations with local music standouts (the second being their limited Doomtree co-brand), #Merica! was brewed with the help of Twin Cities punk stalwarts Dillinger Four. Why the quasi-sarcastic patriotism It’s the house brew for D4’s annual Independence Day party, meaning that #Merica! is the drink of choice for sweaty moshers decompressing with some fireworks.

#Merica! takes corn — the most ubiquitous of all American products — and gives it a showcase in the middle of this flaxen pre-prohibition lager. A rare deviation from the ale style for Surly, #Merica! shows what the Brooklyn Center brewer can accomplish when they toy with the American macro style. Earning a humble 83 on Beer Advocate, it’s one of the lowest-rated Surly regulars on the site, but this one deserves some re-evaluation from the hop-addicted Surly faithful. 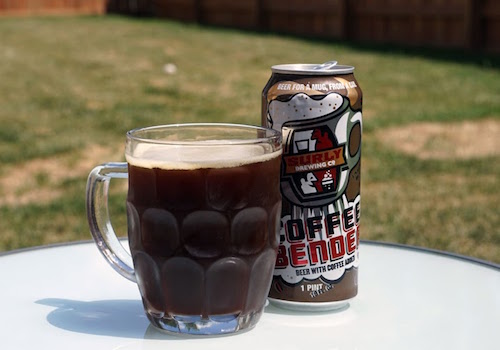 It’s never too early to get Surly. That’s the tagline for Surly’s coffee-blended brown ale, and it’s pretty damn accurate. Coffee Bender is just as good as a good cup of joe, and you could drink it with your Fruity Pebbles without a problem. It’s a gritty, diner-style coffee beer that’s frequently ranked amongst the best in its style across the world.

Bender itself doesn’t need the coffee backbone to be a great beer — RateBeer has generously given the decaffeinated version a 96 rating — but the bitterness and acidity of coffee give Bender new life. The kind of life that makes it acceptable to crack a tallboy of this java-headed ale whether you’re starting or ending your work day. 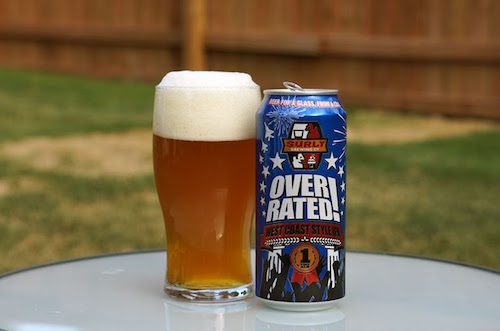 Even as the apex beermakers in Minnesota, Surly face a good deal of criticism for their bold, over-the-top beers that wreck palates. But because Surly are a devious bunch of bastards, they don’t let those criticisms go unmocked. Overrated isn’t austerely hopped (it has a negotiable 69 IBU), and that’s specifically the point. They show that their penchant for bitterness isn’t mere heavy handedness. It’s an exercise in tact, and a warning that you’re lucky they haven’t cooked up something so bitter that it wilts your goddamn tongue out of your head.

In the traditional West Coast style, this American IPA is grassy and piney with a sneaky citrus that makes Overrated an easy swallow. A cloudy orange body hides nothing, giving the beer a velvety mouthfeel that distracts from the bite. It’s an argument-killer for anyone who thought Surly was a one-trick pony. 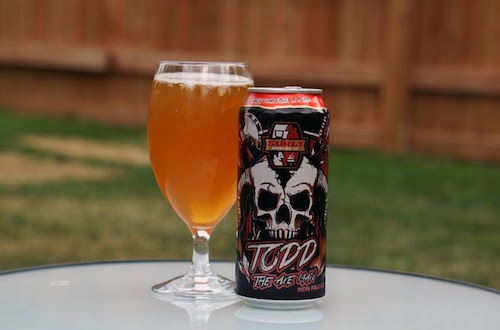 Surly head brewer Todd Haug plays guitar in Minneapolis speed metal band Powermad, and he’s been funnelling the feedback and gnar of the genre into his brewing practices since his brewery opened in 2006. Todd the Axe Man was named by the marketing director for Amager Bryghus, the Danish brewhouse who first concocted this West Coast IPA with Surly before Huag went rogue and took his namesake 100 IBU beer to the top echelon of Beer Advocate and Rate Beer’s rankings.

With esters of grapefruit and other citrus, Todd the Axe Man isn’t all bitterness, though. It’s perhaps Haug’s most potent statement as a head brewer, so it’s fitting that Amager let him run with this occasional IPA. It’s become the go-to for those in the know. Whenever it’s on tap, there’s no other choice. 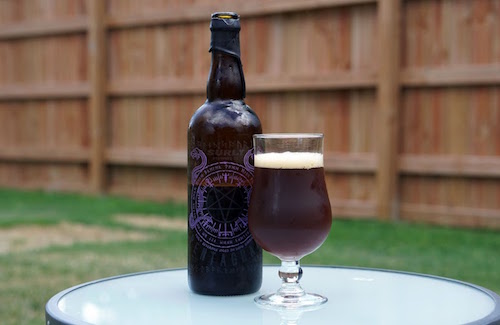 The only of Surly’s regular offerings that can keep pace with Darkness in terms of complexity and brilliance, Pentagram is a wicked and delightful dark sour that’s available year-round. At 6.66% ABV and decorated with pagan glyphs, it’s by far the best incarnation of Surly’s black metal aesthetic. It feels wrong to drink Pentagram in anything but candle light.

Pentagram is marked by intense Brettanomyces funk and a tart cherry complexion. It’s nearly a wine with its oaky and tobacco notes, and like wine, those flavors only intensify and mutate after some patient cellaring. It’s a beer that calls for such careful attention. At $20 a bottle, you won’t be throwing these back with the frivolity of a Hell or a CynicALE. This beer literally sits you down and makes you wonder what Faustian bargain was brokered to create such a powerful brew.