Millennials curate their daily intake of Buzzfeed, Snapchat, Netflix and Chill, and mobile streaming TV — so how do you reach this selective generation? Answer: the same way churches, politicians, community organizers, and anyone with a message has for centuries: free food.

Often labeled “the foodie generation,” millennials love to upload their food to social media — at times, more than they seem to enjoy eating it. And few consumables hold greater sway on platforms like Instagram than coffee, which sits casually between food and drug. So giving away free drugs to millennials may be a very effective marketing mechanism, and that is just exactly what the show Gilmore Girls did with a viral marketing campaign. 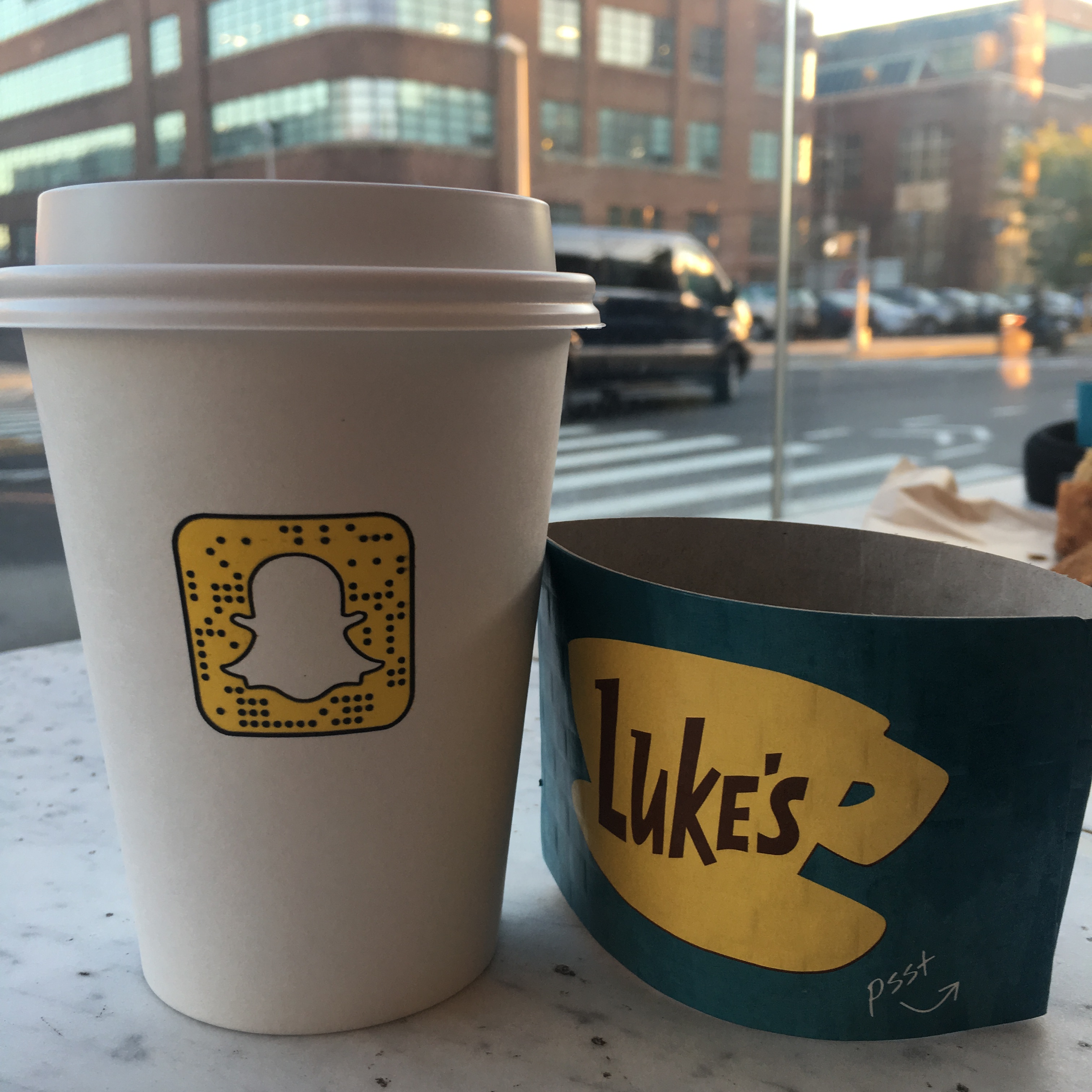 Netflix launched production of a new four-episode mini-series continuation of the well-loved early 2000s dialogue masterpiece back in February. No one was ready to say goodbye to Lorelai Gilmore and her old-soul daughter, Rory, back in 2007 when the original show ended. The new show features the same adored leads along with the promise of new plot intrigue, so accordingly, fans have been buzzing since production started. The fan following received tidbits of inside info this spring, like the fact that leather jacket-clad bad boy Jess, played by Milo Ventimiglia, would be returning.

Fans already knew that the new episodes would air sometime in November, but no one was really plumping the topic on social media until last Monday evening, when articles started appearing all over social media announcing that on Wednesday, October 5, pop-up Luke’s Diners would spring up all over the country. The pop-ups would be serving free coffee from 7 a.m. to 12 p.m. “Who is going to get free coffee at Luke’s Diner in the morning??!!” became a reoccurring Facebook post.

A huge fan of coffee, Luke, his Diner, and Gilmore Girls, I was among those people organizing early morning friend meetups at the pop-ups. The Bean, Brooklyn Roasting Company and Sir D’s Lounge were the three Luke’s Diner pop-up locations in Brooklyn. I planned to hit The Bean around 8:30, and then casually hit another location or two before noon, but my friends and I got so excited about the event that we started to worry that the shops would run out of supplies early. So I did the unthinkable for me: I set my alarm for 6 a.m., and somehow showed up at the Brooklyn Roasting Company on Flushing Ave just after 7 a.m. And after that first cup of coffee, I jumped on a bus to The Bean in Williamsburg for a second cup. 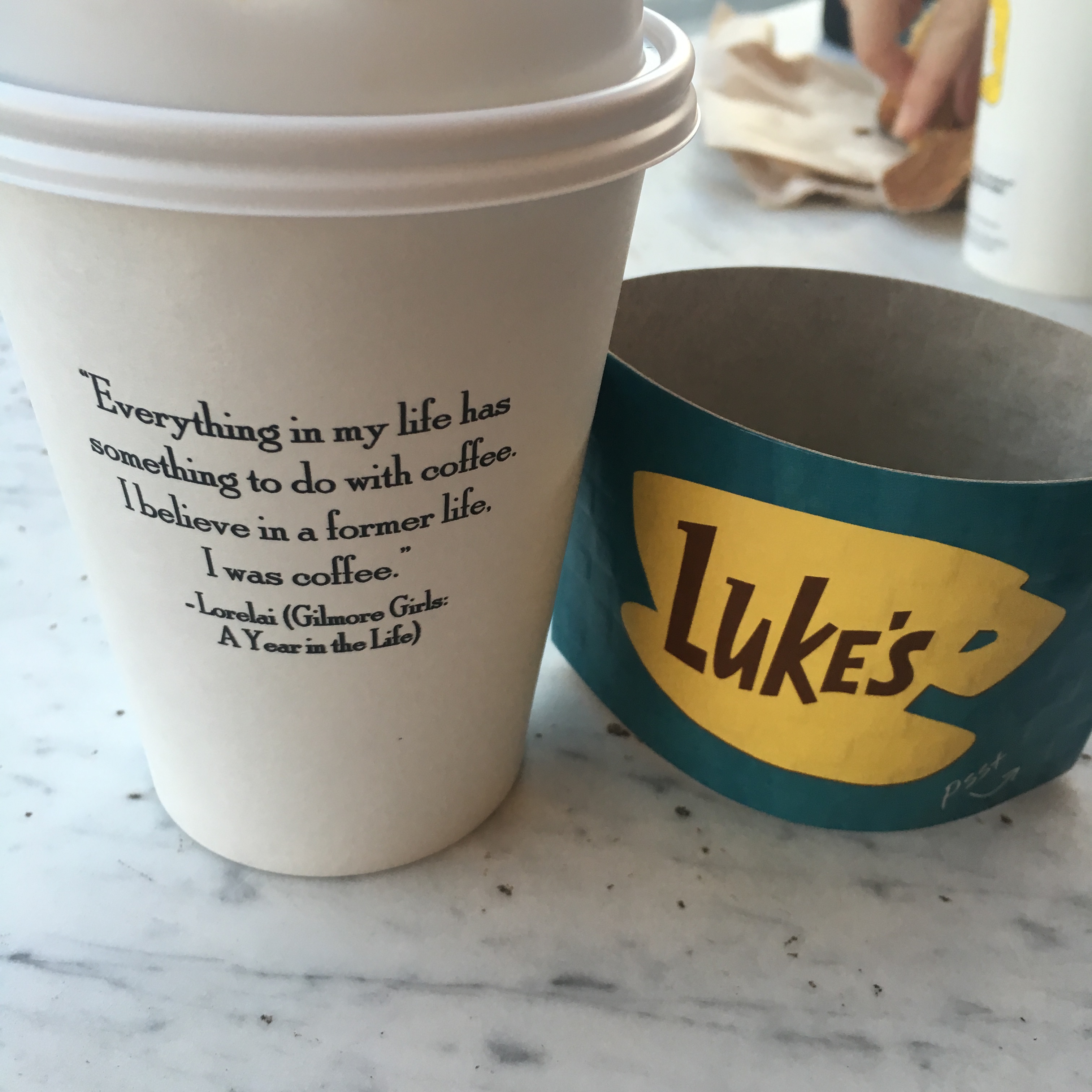 The experience wasn’t as immersive as I had hoped, but here was free coffee and great Lorelai quotes on the coffee cups, along with codes to free trial Netflix subscriptions and a snapcode to help you document your experience. The coffee shops I visited in Brooklyn both had Luke cutouts at their doors bearing full lists of rules, such as “No Man Buns!” All employees were wearing Netflix-issued aprons and hats, and The Bean had their employees wear plaid shirts for extra effect. The employee who took the extra cosplay step and wore his cap backwards was definitely my favorite. 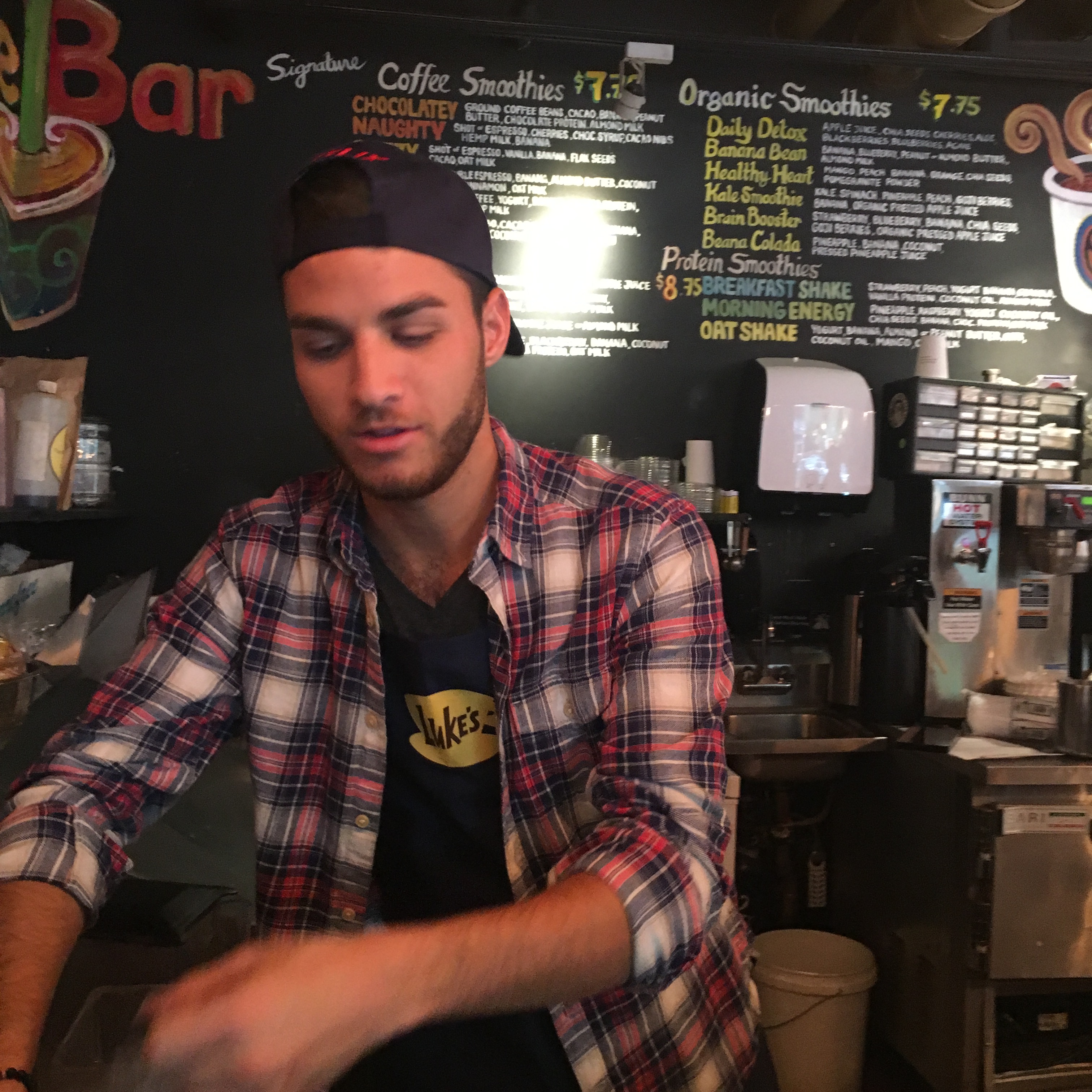 Ironically enough, the Luke’s Diners wouldn’t be true to form without “no cell phones allowed” signs. But for fans like myself, seeing your Instagram feed flooded with pictures tagged as #GilmoreGirls and marked as being located at “Luke’s Diner, Star’s Hollow” was half the fun. Considering 7 a.m. was too early for most people to really enjoy the experience of standing in line with your neighbors, the collective social media experience gave you the week-long feeling of being part of a larger community, like a Comic Con event, but without the expensive passes and overwhelming number of people. 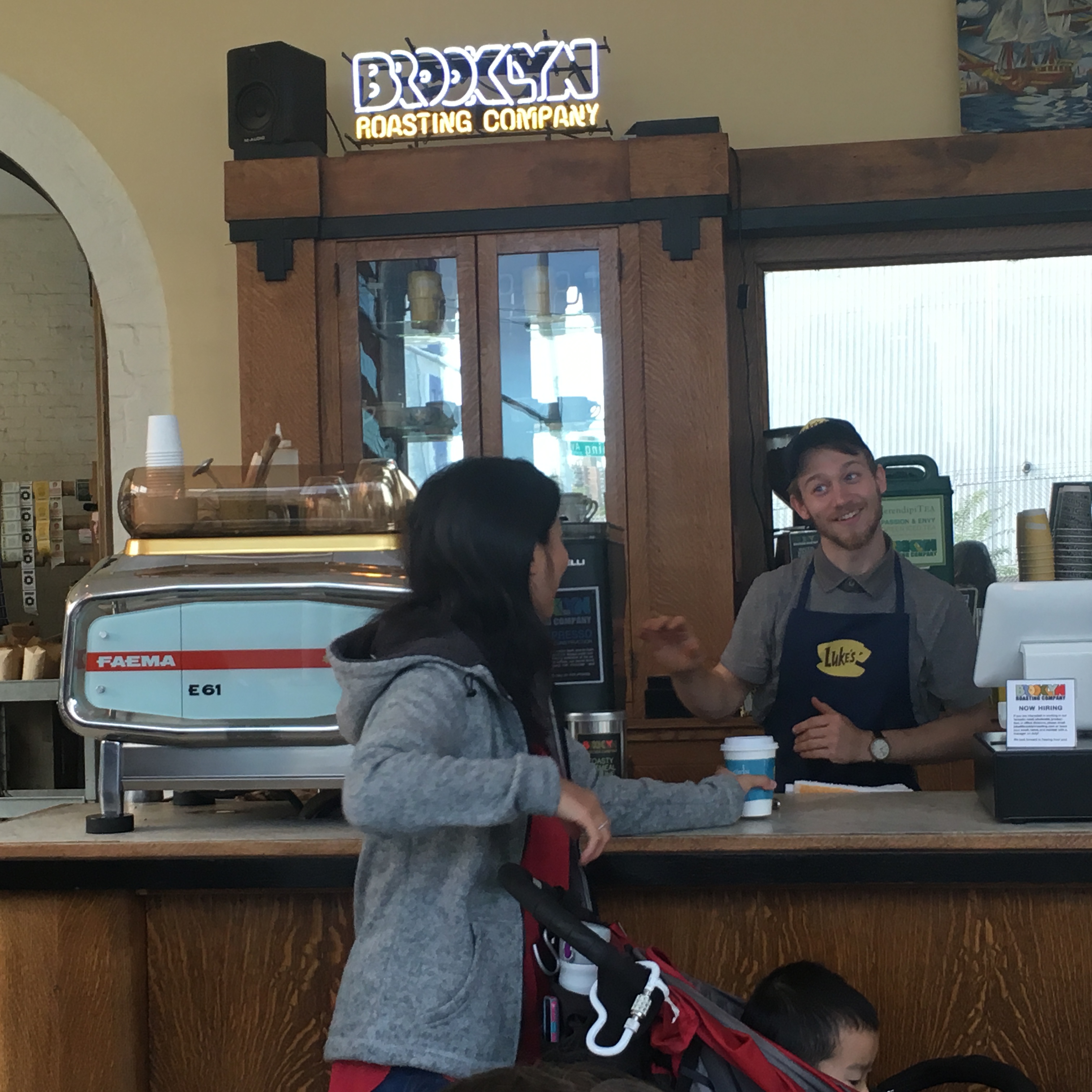 And isn’t the feeling of community and connection why we love Gilmore Girls? And hmm, also … Friends? Coffee happens to be a big part of both shows, so is it a stretch to say that people respond positively to events that give out food and drink, not just because a basic human need to consume drinks is being met, but also because the higher human need of community and culture is also being met? Connection and community really are important to achieving self-actualization, and that is exactly why social media marketing works.

For a commuter culture, the event was perfect. It was a way for me to see friends before they headed to work. It was a way for nine-to-fivers to save $5. I was reminded of how much Luke is one of my favorite characters ever created; braving the cold morning put me in the mood to go home and watch old episodes, and the info on my coffee cup helped me mark my calendar for the release date of the new episodes, November 25th. Okay, Netflix marketing team, you won the week. But please, Showtime, when Twin Peaks comes back, can we have a fully immersive coffee, cherry pie, and donuts event?

Lydia Bottom is a writer, actor and occasional painter who has lived on all four American coasts, but now lives in Brooklyn. Tweet her @LydiaBottom.