Not to mention, livestock account for more carbon emissions than the entire transportation sector, combined; a serious problem when it comes to climate change.

But people love their meat. It’s quite the quagmire.

Luckily, there’s a new breed of butcher, and these culinary innovators are changing the paradigm by taking blood, guts and gore out of the equation. Instead, they use wheat, veggies and other plant-based products to create crowd-pleasing plant meats.

Just ask Ryan Echaus, founder of Atlas Meat-Free Deli, Miami’s first plant-based delicatessen, set to open in early 2017. Echaus has been making plant meats since 2013, and his sliced meats, cheeses, and prepared foods have been steadily growing in popularity across South Florida — among omnivores and herbivores, alike. Echaus is opening his storefront just in time for the South Beach Food and Wine Festival’s Burger Bash, a fierce, celeb-studded competition in which his will be the only vegan entry. 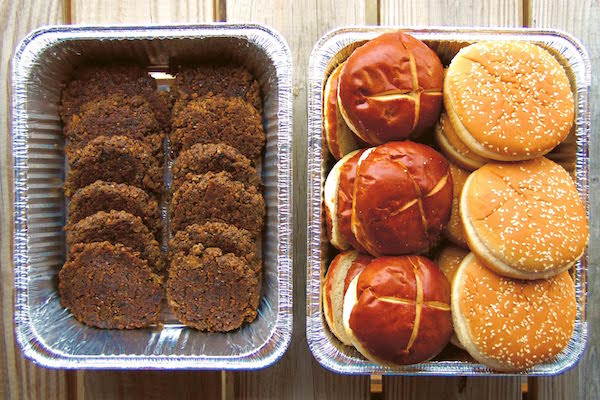 To get the skinny on his meaty concoctions, we posed 20 questions to the man behind the “meat:”

Paste: What’s your definition of a “plant butcher?”
Ryan Echaus: Someone who is severely confused, and doesn’t take no for an answer.

Paste: What first made you shy away from animal products?
RE: My wife opened my mind up to the idea, and my daughter’s shaming made me stop for good.

Paste: What was your favorite food before you went veg?
RE: Baby back ribs.

Paste: Have you re-created that food?
RE: Not yet.

Paste: What’s your favorite food now?
RE: Anything between two slices of bread. I’m all about sandwiches.

Paste: How did you learn to make your own plant meats?
RE: Trial and error … with lots of error! i started with a simple seitan recipe on the back of a Bob’s Red Mill gluten bag. I reverse-engineered it, and removed everything I didn’t like.

Paste: What question do people ask you most often?
RE: But bacon?

Paste: What’s the best compliment you’ve ever gotten about Atlas’ products?
RE: Larry Rice, president of Johnson & Wales University in North Miami, told me we made the most authentic faux meat he’s tried. Also, I love when people tell me things like, “My meat-loving boyfriend loves your product!”

Paste: What’s the most popular menu item?
RE: The Rachel on Rye sandwich featuring our original smok’d pastrami.

Paste: What do you say to skeptical carnivores?
RE: Atlas makes vegan food for meat eaters.

Paste: Who’s your dream dinner guest?
RE: Morrissey. That way my wife would think I was cool.

What’s your favorite thing that you’ve made thus far?
RE: Our gourmet La Capra “cheese.”

Paste: Is there any food you’re longing to create but haven’t yet?
RE: Bacon. 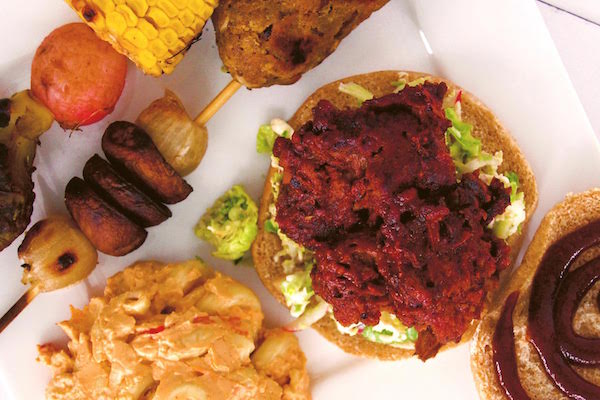 Paste: Do you have any culinary heroes?
RE: Not really. I don’t follow too many people in this industry. I used to watch Ramsay’s Kitchen Nightmares on BBC and it showed Gordon Ramsay in a different light than what we see in the states. His passion is something I can relate to. Smart guy.

Paste: What cooking tool do you use the most?
RE: Food processor.

What’s your favorite restaurant in Miami?
RE: Blackbrick.

Paste: You’re entering the 2017 South Beach Food and Wine Festival Burger Bash, and yours will be the only vegan burger in a sea of meat. How do you think the crowd will react?
RE: It will be very polarizing. No grey area at all; either hate it, or love it.

Paste: You have a food truck and do on-site service — what Miami-area event would you most like to cater?
RE: Within the food truck events, if it’s not a Burger Beast event, I’m not involved.

Paste: How do you think attitudes have changed towards plant-based foods?
RE: Young people are making a huge dent in the meat wall. It’s all about information, and this generation is well-informed. Maybe too informed.

Paste: Where do you see Atlas in 10 years?
RE: I’d like to branch out to the West Coast and set up up a production facility.

Hannah Sentenac is a freelance writer and journalist who covers veg food, drink, pop culture, travel, and animal advocacy issues. She’s written for Live Happy magazine, Foxnews.com, MindBodyGreen.com, and numerous other publications and websites. Hannah is also the Editor-in-Chief of LatestVeganNews.com, a publication dedicated to positive, original news from the vegan and plant-based world.