Respawn Entertainment’s highly-anticipated Titanfall will probably dominate the gaming discussion for the near future. (See our review here.) Many mech fans are hoping it will rejuvenate what was, at one time, a dominant subgenre of gaming. If massive walking robots are your thing—and really, why wouldn’t they be—check out some of these other classic mech titles. 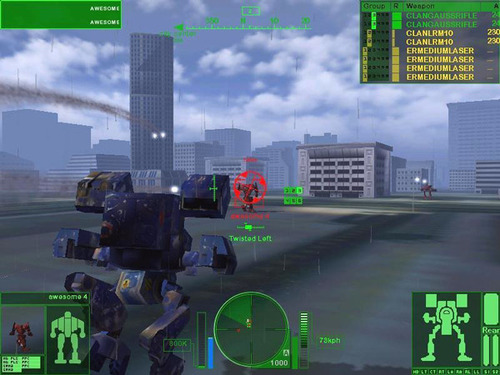 Based on FASA’s BattleTech universe, the MechWarrior series is often regarded as the quintessential mech experience. These games put you in the cockpit of gigantic robots on 31st century battlefields, offering intricate storylines, tense combat simulation and deep vehicle customization options as hooks. Although many fans cite 1995’s MechWarrior 2 and its expansion packs as favorites, MechWarrior 4 and its two expansions are more accessible options that streamline the mech customization system without sacrificing depth. Vengeance introduced new multiplayer modes along with its campaign and remains more popular than last year’s poorly-received MechWarrior Online.

Also set in the BattleTech universe, MechAssault was a more arcade-style entry that helped launch the fledgling Xbox Live network. Its online multiplayer capabilities (including voice chat) received high praise, inspiring a devoted fanbase much in the same way the more niche mech game Chromehounds would later do in the early days of the Xbox 360. MechAssault’s destructible environments and fast-paced action made up for its lack of mech customization options, making it a better choice for players uninterested in the details of their mech’s arm laser heat dissipation ratio. Some men just want to watch the world burn from the cockpit of a 40-foot walking tank. 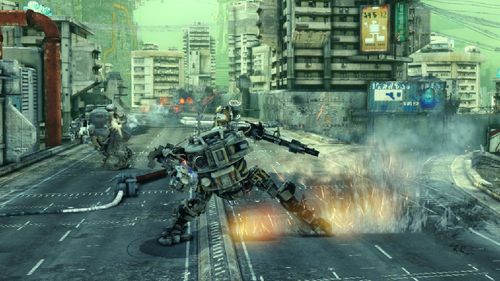 If there’s one contemporary competitor to Titanfall, it’s probably Hawken, the free-to-play online multiplayer game that’s technically been in beta for more than a year. “Hawken,” our review said, “is a quiet, slow, simple game about blowing the hell out of giant robots.” As you might expect from a giant walking tank, Hawken’s mechs are not agile, making movement, aiming and using combat abilities like camouflage more deliberate, purposeful actions than in other games. It remains to be seen how well its microtransaction economy, which forms the backbone of its mech customization features, will fare once the game finally gets its full release this year.

Although I had heard of Steel Battalion before—a console game that requires a $200 peripheral “cockpit” with two joysticks, three foot pedals, and 40 buttons and switches is hard to ignore—it wasn’t until I saw a room full of linked Xboxes at PAX East a few years ago that I understood why anyone would want it. A “drill instructor” stalked the room, briefing players on which button sequences would power up their VTs (vertical tanks). It was both ridiculous and endearing, watching a dozen budding pilots go through startup checklists like they were getting ready to fly a jumbo jet. While its gameplay is generally regarded today as middling and ponderous, Steel Battalion takes “simulation” to the extreme: Dying without hitting the “eject” button first would even wipe your save file. And you thought MechWarrior was hardcore. 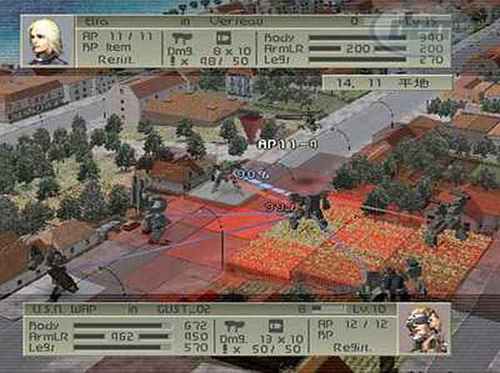 Unlike the other games listed here, the Front Mission games are tactical RPGs, sort of like Final Fantasy Tactics with walking tanks called—seriously—“wanzers.” Players must choose how to spend their Action Points for movement, attacks and abilities to defeat enemy vehicles or protect allies. Like their contemporaries, the Armored Core series, the Front Mission games present incredibly complex storylines encompassing multiple media and numerous spin-offs. After a poorly-received Front Mission 3, Front Mission 4 was seen as a return to form, eschewing its predecessor’s simplified mechanics. In a subgenre where complexity is a virtue, Front Mission 4 will satisfy the most nitpicky of pilots.

J.P. Grant is a Boston-based freelance writer whose work has appeared in Gamers With Jobs and other outlets. He blogs about games at Infinite Lag and is also on Twitter.