Nothing beats the thrill of a well-timed dodge. Slickly sidestepping certain death is an adrenaline rush few of us will experience in real life, and that’s probably a good thing, but in the realm of videogames, dancing with the Grim Reaper is a danger we can enjoy from the comfort of our couch. Flirting with death reminds us that we’re alive; as we leap out of the path of a charging boss or duck beneath the arc of an enemy’s sword, we entertain for a moment what would have happened had we reacted just a second slower. Knowing how close we came to our demise makes our continued existence that much more precious.

Of course, some games capture the thrill of the dodge better than others. Balancing power with vulnerability is key to tapping into the invigorating terror of undermining death; if the dodge is simply a get-out-of-jail-free card, it loses the excitement of uncertainty, but if it’s too tricky to pull off, it becomes more frustrating than empowering. The following five games strike that delicate balance with unmatched equilibrium, delivering some of the best dodges in the business.

Dodgeball summarised it best when it laid out its 5 Ds: Dodge, duck, dip, dive, and dodge. Cheating death with a deft dodge is our chance to flip fate the bird and turn imminent doom into spectacular glory, certain failure into impossible success. With a single, well-timed roll, we rewrite our destiny, rising like the underdog to wrest victory from the jaws of defeat. In the end, it is not the pen nor the sword that saves the day; it is the fleet of foot that stand triumphant. 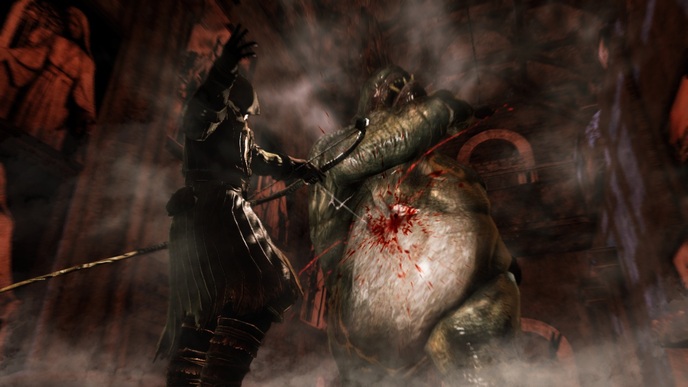 In the Souls games, dodging isn’t optional. Enemies are ruthless, traps abound, and even a single hit can spell your doom. Mastering both the timing and the stamina management involved in dodging is essential to surviving these harsh games—even stoic shield-users have to know how to dodge in order to avoid magic attacks. Like much in the Souls games, dodging can be cumbersome and unwieldy, especially if you’re wearing heavy armor, but the satisfaction that comes from successfully diving out of the path of Executioner Smough’s hammer is tremendous. You know all too well how deadly the attacks you’re dodging can be—in fact, you’ve probably died to them a dozen times already. By dancing around them, you’re cheating death, and in a series as brutal as Souls is, just surviving feels like a victory in itself.

Alan Wake is a writer. Not a trained soldier, not a professional gymnast—just a regular, not-particularly-fit dude who spends most of his day sitting at his desk writing horror novels. So when the Darkness comes for him and he’s forced to fight for his life, it makes sense that he can’t Matrix dive his way out of danger while at the same time blasting the bad guys with the cool proficiency of The One. When Wake throws himself out of the line of fire, it’s awkward and ungainly. He lurches just as you or I would, barely ducking the swinging axes and scything claws trying to cut his career short.

Despite its clumsy nature, Wake’s dodge stands out as a shining example of function over form. The way the camera pans around and everything goes into slow-motion when he narrowly avoids an attack adds an extra layer of gravitas to each near-death experience, causing your heart to beat a little faster, your hands to get a little clammier. Wake is not so different from you or me, and it’s easy to put ourselves in his shoes and feel the fear that must be coursing through his veins. That’s what makes his dodge so eminently satisfying to pull off.

If it wouldn’t risk a lawsuit with Chrysler, PlatinumGames should just rename itself Dodge Studios. The Japanese developer has nailed the thrill of leaping out of death’s jaws at the last second, beginning with 2009’s Bayonetta and continuing through Vanquish, Bayonetta 2, and Transformers: Devastation. The original Bayonetta set the bar, though, introducing the concept of the perfect dodge. If the dodge button is pressed right before the enemy hits Bayonetta, time slows to a crawl for everyone except the titular heroine, leaving you to whale away at her enemies without retaliation.

Dubbed Witch Time, the effect only lasts for a couple of seconds, but in that short time it can flip an entire battle on its head, turning an imminent defeat into an underdog victory. From the sense of hopelessness that comes from being constantly on the back foot, a perfect dodge grants us a momentary reprieve, a chance to catch our breath and turn a dire situation back in our favor. It is at once empowering and relieving, giving us room to act instead of react, to seize control of our fate and go back on the offensive. Bayonetta’s dodge is like a shot of pure adrenaline, tapping into the raw energy that reinvigorates us in moments of life and death. PlatinumGames has distilled the thrill of being alive into a single button press. 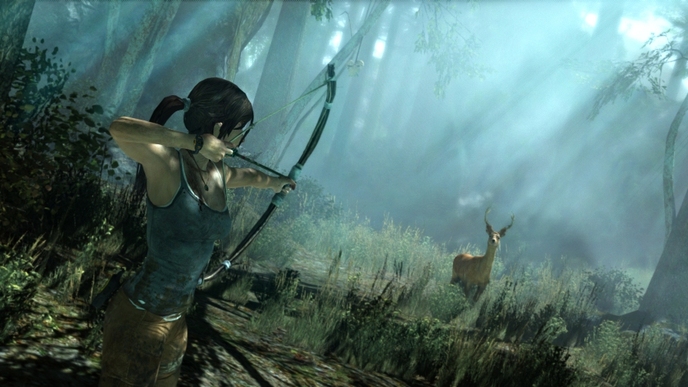 Lara Croft has long been known for her flexibility—especially if you suffered through Tomb Raider’s questionable advertising campaigns in the ‘90s—but it’s only since 2013’s reboot of the series that she’s really shown off her agility. In keeping with the new image of Lara as a scrappy, inexperienced fighter more concerned with surviving than killing, 2013’s Tomb Raider has the British archaeologist scrambling from cover to cover, her desperation painfully apparent in her hunched gait, her exhausted panting, and her regular reliance on her hands to steady herself.

This haphazard brand of dodging fits Lara’s underequipped, underdog narrative, affording her the advantage in battle without turning her into an unstoppable killing machine. Combat becomes about movement and positioning, about planning ahead and using the environment against the enemy. Like Lara herself, the game values intelligence over brute force.

That’s why dodging works so well; it just feels right in Lara’s situation. When she hurls herself out of death’s salivating jaw, it’s because she tore her hands bloody doing it, not because she executed some Olympic-grade tumble routine without skipping a beat. In Tomb Raider, character and mechanic align to sell the virtual world as a real, plausible place. The term “gritty” gets bandied about far too often as a substitute for “edgy” and “mature,” but Lara’s dodge is truly gritty: messy, disheveled, and doggedly resilient. 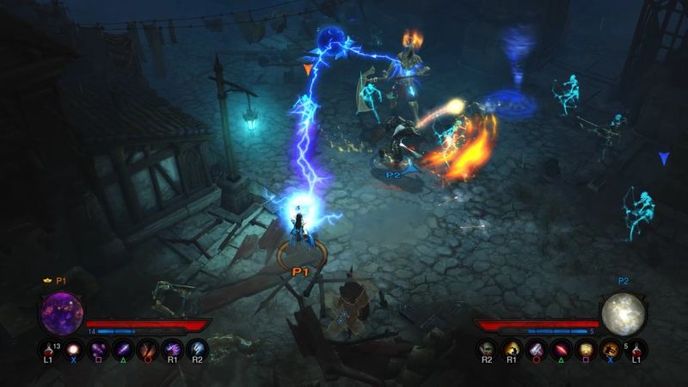 To compensate for the lack of precise mouse movement, the console versions of Diablo III gave all characters the ability to dodge roll. Not only did this make Diablo’s brand of hacking and slashing perfectly viable with a controller, it made getting around the world of Sanctuary a whole lot more entertaining, too. Rolling into urns and barrels and anything else that looks breakable is mighty fun, so much so that Blizzard programmed in a destruction bonus that temporarily boosts character speed the more junk you smash up. Even beyond that, just watching the ceramic shards and wood splinters go flying in your wake is eminently satisfying. In fact, Diablo III’s dodge is so popular that PC players have long been petitioning Blizzard to bring the feature to their platform too, even after the studio made it clear that simply wasn’t going to happen. Diablo III’s dodge roll is just that good.