A few weekends ago I traveled to a forest campground site a ways north of New York City to play make believe with a bunch of other adults. I took part in what is known as a LARP, or Live Action Roleplaying. It is a type of interactive game that engages players through participatory mechanics and storytelling. The closest approximation would be a videogame played out in the real world, with an emphasis on internal conflict and emotion. On the day of the LARP, me and the 35 other players took part in workshops, practiced improv, designed characters, learned the basics of swordplay, and more. Once night fell, all of we got into character and the LARP began.

For three hours we entered a small New England town trying to coexist with a group of magical – sometimes silly, sometimes violent – fairies nearby. For three hours, I was no longer myself, but a fairy who wanted nothing more than to see all the human characters banished or killed. The mechanics of the LARP consisted almost entirely of improvising conversation. Over the course of the night I ignored the main plot, which saw many of the characters trying to stop the fairy king from banishing all the townsfolk, and instead spent the game developing a deep emotional connection to one of the human characters. She hated fairies as much as I hated humans but together we explored emotions of isolation, loss and friendship in a setting and story we all agreed was “real” for the evening. It felt incredible. This LARP was put on by Wayfinder, a group at the forefront of modern LARPing.

Wayfinder organizes LARPs for adults, children and teens based around the philosophy of playing for empathy. “We believe LARPing creates more empathetic people who care deeply for those around them,” Wayfinder owner Trine Boode-Peterson says.

“LARPing at its core, actually stepping in and playing a character in a story, being someone else, not necessarily knowing what’s coming and having the agency to shape a narrative, with yourself at its center or at its periphery, but as an active agent in it, is a profound experience unlike anything else in the world,” Ben Schwartz, one of Wayfinder’s LARP writers, says.

“I want my games to challenge my players and force them to come up with things they might not else not necessarily confront in their daily lives, things they might not even necessarily agree with themselves, but I want to ask questions that don’t have easy answers and make sure my players and their characters fall on different sides of these questions,” Schwartz, who’s pictured below as a fairy, says. 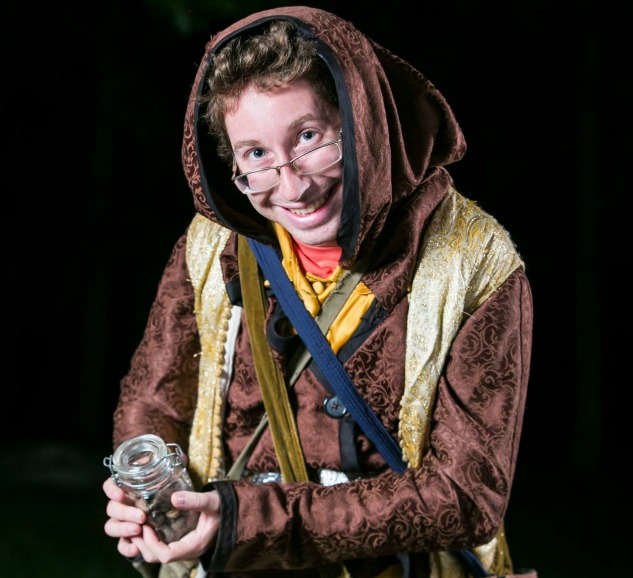 My character in the LARP had lost many dear to him, something very rare for fairies, as they cannot die of natural causes. The townsperson I befriended had lost her best friend, and everyone else in the town had just moved on with their lives. Despite treating each other terribly in our initial interactions, we slowly revealed the depth of our individual loss and isolation to the other. We dropped our defenses and began to understand and even care about the other. The conflict between the fairies and humans at the heart of this LARP positioned us against each other, but the open-ended design allowed our characters to spontaneously grow and change in response to the other.

Players in the recent LARP, which Wayfinder called their Adult Retreat, ranged from college students to baby boomers, first time LARPers to lifetime players, ignoring any sort of stigma against LARPing. “Adults need to play too and yet so often our society tells them shouldn’t or can’t. That’s just not true,” Boode-Peterson says. “Everyone is still a growing, learning and changing creature that needs to play and take chances to grow.”

Wayfinder’s LARPs pull from many different traditions to create their own brand of LARPing, called Integrated LARPs. “Wayfinder does a lot that’s really different,” Schwartz says. “We focus much more […] on theatricality, immersion, emotional intensity, but we also have a lot of foam swords and we run around and fight monsters and stuff,” they say of Wayfinder’s LARPs. 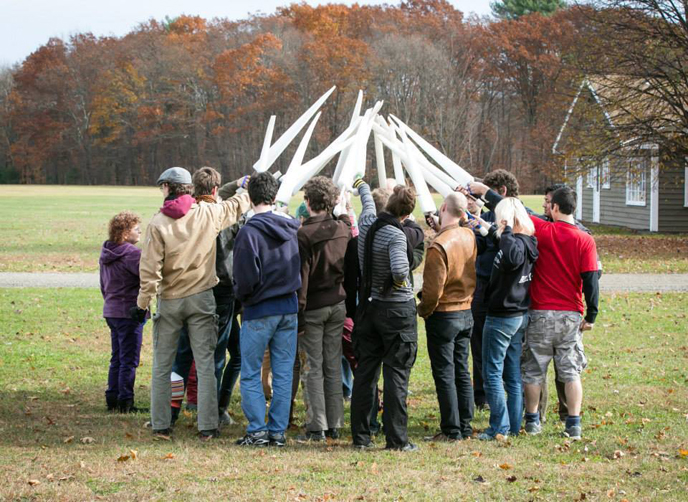 “Every single person who plays in it comes away with their own unique story that no one else experienced and no one else can experience,” Schwartz says. “It cannot be replicated. You could run the same LARP again, you could play the same character, and you will have a different experience and it is that unique, ephemeral narrative that is totally unlike anything else and is a profound and powerful art form I wish everyone in the world could experience.”

A group of Wayfinder creators is now designing a brand new LARPing experience, bigger than almost anything prior in America. They are creating Event Horizon, a blockbuster science fiction LARP in Northern California next April. Whereas the LARP I did recently was only a few hours long, Event Horizon will go continuously for two days.

Event Horizon centers around a group setting up a colony on a new planet during a time of chaos and war in the galaxy. Players will become scoundrels, smugglers, colonists, journalists, starfighter pilots, investigators, politicians, researchers, academics, soldiers, entertainers and more. The locus of their conflicts will be both deeply personal and concern the fate of the colony, perhaps even the future of the galaxy.

“I want to capture the sense of everyday people and their lives being every bit as deserving of narrative focus as the big movers and shakers,” Schwartz says of Event Horizon. As the Director of Words and Worlds for Event Horizon, Schwartz is drawing from their love of space operas while filling in the gaps in the stories they love.

“We prefer nuanced disagreements to outright evil empires. In Event Horizon, everyone has a bit of light and a bit of dark in them, and it’ll be up to the players to figure out how to bring those elements together,” Schwartz says. 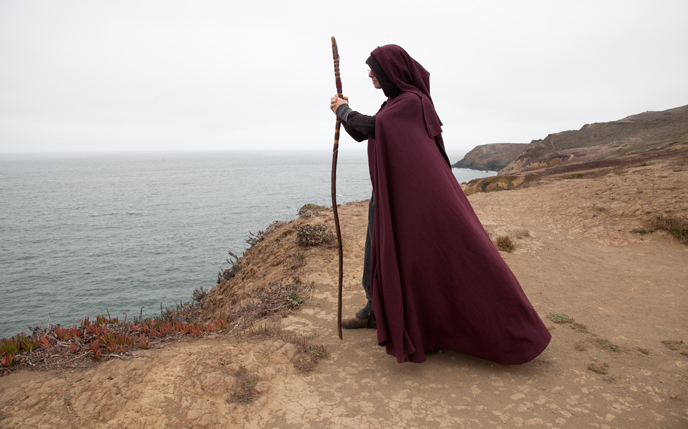 Event Horizon is currently on Kickstarter and the only way to get a ticket is by backing it. They’re fully funded, but still have LARP tickets left, which include room and board for the weekend. If tickets sell out and demand is high, Schwartz says there’s even the possibility of a second weekend.

“Event Horizon is for anyone and everyone who has ever wanted to go to space. Event Horizon is for experienced LARPers. It is for first time LARPers. It is for people who don’t know what LARPing is and have always wanted to try. It is for anyone who has ever watched Star Wars or Battlestar Galactica or Star Trek and thought ‘Oh man, I wanna be a smuggler. I wanna be a starfighter pilot. I wanna colonize a new planet. I wanna do that.’ It is for people who look up at the stars and dream about possibilities other planets might hold. It is for anyone who thinks it might sound like a good time and can pledge $450 to our Kickstarter and spend April 7th-10th in San Francisco, California next year,” Schwartz says.