Pokémon GO is meant to give players the closest experience possible to that of being a real Pokémon trainer. You explore the world, find Pokémon as you go, make new friends, and so on. Its entire premise is built around the very act of exploring on foot. However, some very lazy people have come up with a few rather absurd ways to get around having to actually walk.

A quick note: this article intends solely to poke fun at able-bodied people who have chosen to use these workarounds, as that is how they have been advertised. We encourage any disabled Pokémon fans who want to play Pokémon GO to do so anyway they can.

PokéWalk is a new startup—because when there’s a new fad obviously the first thing to do is make a startup—that aims to be a kind of Uber for Pokémon GO. Use their “revolutionary app” to request a walker who will come to your location, pick up your phone and then proceed to walk around, playing Pokémon GO for you, catching new Pokémon and hatching your eggs. After a set amount of kilometers based on how much you pay, they then bring it back to you. “We take your phone the distance,” they advertise, seemingly without any sense of irony. When they launch, you’ll be able to pay strangers to play your game, have fun, and get exercise in your stead. Revolutionary indeed.

One player decided to duct tape their phone running Pokémon GO to their RC drone. They seemed to have been able to mirror their phone screen on their laptop, to continue playing and monitor progress as they flew their drone around their neighborhood. If they flew slow enough, it would also register as walking so they could hatch eggs as well. If you’ve got a spare few hundred dollars, you too can buy a drone so you don’t have to walk around while playing Pokémon GO. 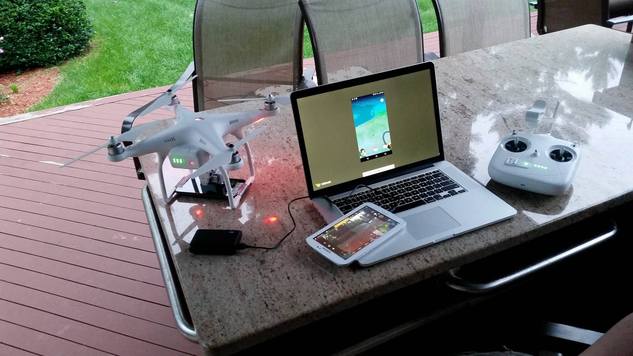 Attaching Phones to a Ceiling Fan

You read that right. Don’t want to walk 10 kilometers to hatch your new egg? Simply attach your phone to a ceiling fan. I’m sure nothing will go wrong. This will trick your phone into thinking you’re moving—albeit in circles. Trust us, this is 100% foolproof and definitely won’t turn your phone into a flying projectile.

Search CraigsList in most major cities for Pokémon GO and you’ll get several offers for Pokémon GO drivers—people who will drive you around to PokéStops and Gyms. “I can take you to gyms you didn’t even know existed!” one ad reads. There’s even a driver in Vancouver offering their services, despite the fact that Pokémon GO hasn’t launched in Canada yet. Okay then, guess they’re just getting ahead of the curve…or something. Many promise to provide car chargers and Lure modules. The going rate is between $20 and $30 an hour. What a steal! 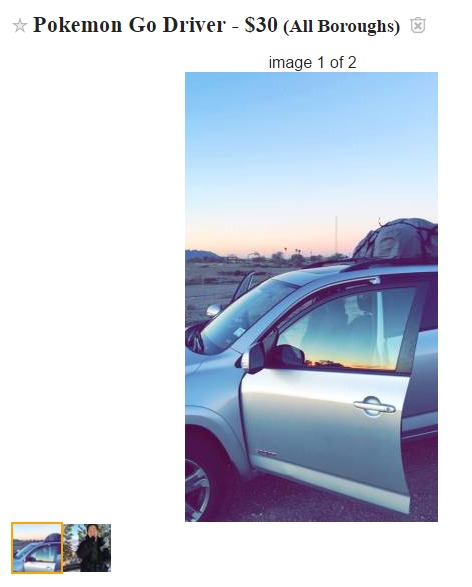 Man’s best friend has become man’s best Pokémon GO stand-in. As long as you don’t mind the potential for turning your phone into a chew toy, just strap it to your pet and watch as they hatch your eggs for you in no time. Your dog’s gonna be walking around anyways, might as well get some use out of it.

So you don’t want to walk around in Pokémon GO, but you also want a bit of a challenge? Then the obvious choice is to hack Pokémon GO to think you are moving around. A online hacking tool, simply titled Pokémon GO Hack, has already been released and allows players to modify their location. “This provides you with plenty of time to enjoy the game rather than having it played the hard way,” it advertises. Yeah, why waste time engaging with the game’s main component of walking around and finding new Pokémon when you could just look at the Pokémon you illegitimately acquired instead. It’ll definitely feel just as good.

Disclaimer for anyone who wants to try some of these: many have the potential of getting you banned from Pokémon GO, especially Pokémon GO Hack. Niantic has been issuing bans to players caught cheating. These bans prevent players from interacting with PokéStops or Gyms and cause all Pokémon to instantly flee.