A Pokémon GO player, known only on Reddit as ftb_hodor, claims to have already caught all 142 currently available Pokémon in Pokémon GO. In a scant two weeks, they’ve managed to catch every Kanto Pokémon, except, of course, for the nine elusive Pokémon that no one has seen yet.

ftb_hodor, who lives in New York, is the first known player to have accomplished this. In order to catch ‘em all, they caught 4,629 individual Pokémon, hatched 303 eggs, worked their way up to level 31 and walked about 153 kilometers, all in just the two weeks since the game’s release, and in-between massive server outages.

ftb_hodor also levelled up some of their Pokémon to staggeringly high CP’s (combat power). Their strongest is a Dragonite with a CP of a whopping 2,619. 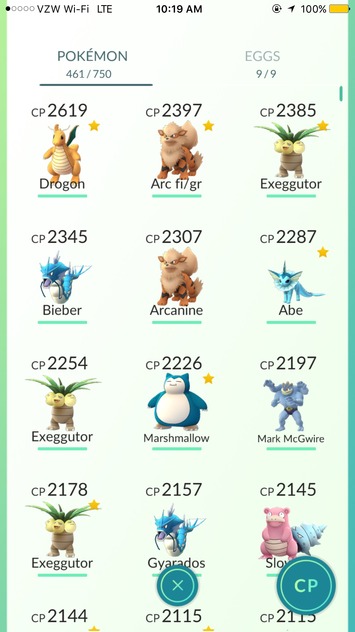 The nine currently unavailable Pokémon are Farfetch’d, Kangaskhan, Mr. Mime, Ditto, Articuno, Zapdos, Moltres, Mewtwo and Mew. Farfetch’d, Kangaskhan and Mr. Mime are all believed to be region-specific: Farfetch’d has been reported in Asia, Kangaskhan in Oceania and Mr. Mime in Western Europe. As for the legendaries and Ditto, there is currently no record of anyone having caught any of them, though one intrepid YouTuber was able to find mention of many of them in Pokémon GO’s code.