Whether they’re clean or dingy, a well-designed city can be incredibly pleasing to the eye, especially fantastical sci-fi skylines. Game developers have a particular affinity for building these sorts of places, filled with hover cars and androids on the verge of sentience, and then letting the players gaze upon them from afar or navigate their streets and airways. Let’s takes a few minutes (and a few hundred words) to appreciate the best ones, shall we? 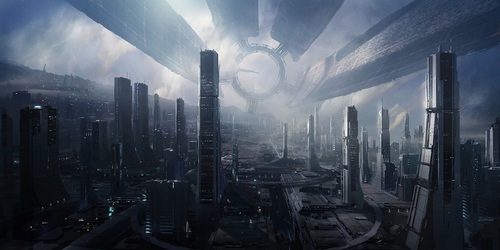 The first of two Mass Effect entries on this list, the Citadel appears to be more of a space fortress at first than it does an actual city. That is, until you realize that a cityscape lines the massive inner arms of the place. It’s also a testament to just how big and diverse the Citadel is that you visit new sections of the place with each game in the series and somehow it always feels new and exciting. Plus, trading your universe savior brand as “exclusive” endorsements to multiple storeowners in exchange for steep discounts never gets old. 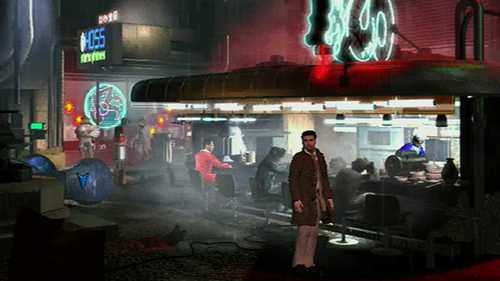 The forgotten gem that is Westwood Studios’ 1997 adaptation of Blade Runner is a great adventure game, partially because it’s so successful in transitioning Ridley Scott’s noir-tinged and grim version of the Los Angeles of the future into a game. It may not look as pretty as some of the cities in modern sci-fi games but for its day it looked pretty damn good. And it might not look quite as good as the film version, but that’s probably not a fair expectation from a game from 1997. 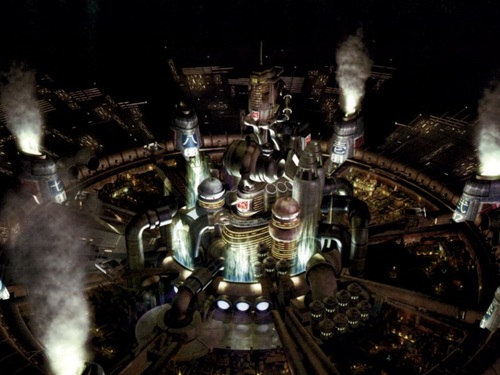 Another one from 1997! The opening cinematic that reveals Midgar in Final Fantasy VII is undoubtedly one of the most famous moments in games. Viewed from afar, Midgar is a strange and exciting place, a mixture of advanced tech and blatant poverty that challenged the naïve belief that technology would make life easier for human beings. We’re curious to see if the city will remain as darkly entrancing in the upcoming remake of Final Fantasy VII. 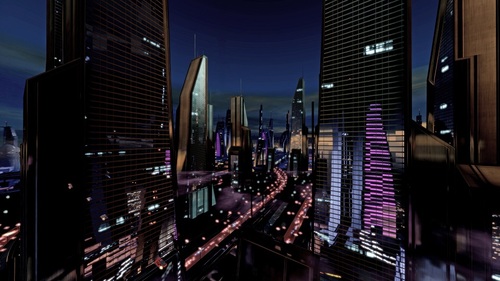 Illlium is a much more conventional (read: flatter) city than The Citadel. However, it’s also a good bit livelier, giving off a vibe that the place is in night club rave mode every minute of every day. There’s also a pretty rad hover car chase you get to do in the Lair of the Shadow Broker DLC that recalls The Fifth Element and the one bit of Attack of the Clones that wasn’t garbage.

Yeah, yeah, you knew this one was going to be on here because Bioshock blah blah blah culturally significant revolutionary man chooses slave obeys so on and so forth. However, whether you hate the game or adore it, it’s difficult not to appreciate Rapture’s Objectivist Atlantis as a world to explore. An entire city underwater brought to ruin with mutated drug addicts hiding out in ruined apartments, mourning the spouse they murdered one moment, leaping at you to rip your eyes from your sockets the next while whales swim by outside. As a setting, Rapture is one of the most imaginative and impressive creations in all of fiction. Too bad Bioshock Infinite’s Columbia couldn’t measure up. 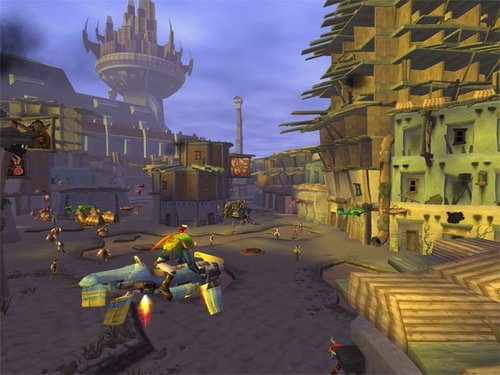 Jak II might have been a bit too edgy and dark for its own good but outside of that it was a marvelous sequel, expanding the narrow platforming adventure of the original into one of the first open-world games that did a decent job imitating Grand Theft Auto III’s sandbox design. Haven City was big and well-crafted, with shades of Mos Eisley but still original and memorable enough in its own right. 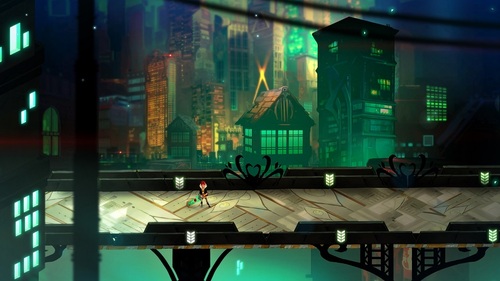 Transistor might have fallen a wee bit short of the magnificence of its predecessor Bastion but it was still a fun time in a futuristic city where you fought rogue AIs with a giant sword that could manipulate time and sang soulfully in futuristic night clubs. And man, Cloudbank is just gorgeous. Just look at that skyline. 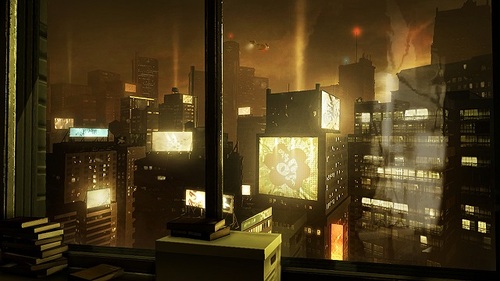 Human Revolution is another game that draws inspiration from Blade Runner, taking an already existing city and applying sci-fi concepts to it so that it balances precariously on a line between familiarly comfortable and unsettlingly unfamiliar. The beautiful and hideous sections of this version of Detroit often run alongside each other and, at some points, even intertwine. It’s a surprisingly small detail that makes this place memorable: the amber glow of the city, a suggestion that there is a soul beneath all this rot and machinery.

Okay so Sevastopol is technically a space station but it’s also a massive station filled with cafes, shops, restaurants and plazas. Most of the time it feels more like a city encased in an obsidian tomb than your typical space station, and is, by turns, horrifying and awe-inspiring. The station’s futuristic retro aesthetic, taken from the original movie’s production, plays a big role in making it stand out against a sea of conceptually similar settings as well. 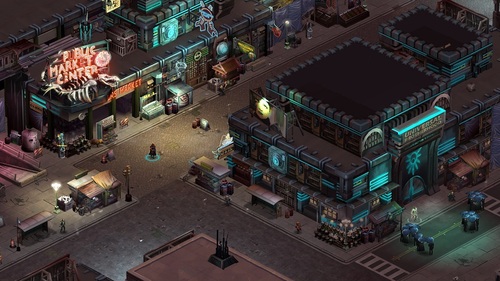 When Shadowrun Returns, a Kickstarted videogame version of the popular tabletop roleplaying series, launched in 2013, much of the praise it received was due to its setting—with good reason. Shadowrun’s take on Seattle is futuristic in a way that mimics Blade Runner’s Los Angeles, but it also acknowledges Seattle’s own history with an aesthetic that recalls grunge rock as well as a colorful and diverse cast of characters with eccentric personalities. And yes, even in the distant future it’s always raining in this city.

Javy Gwaltney devotes his time to writing about these videogame things when he isn’t teaching or cobbling together a novel. You can follow the trail of pizza crumbs to his Twitter or his website.