Magic is known as a serious card game for serious people ages ten and up, and the entire game rests on a weirdly specific set of creative principles that guide the storyline and aesthetic experience of the game. Each card and ability fit neatly into a form-and-content matching system generated by the creative team, and at the heart of that is the Multiverse of planes. Said simply, the planes are just different worlds that the game of Magic can take place in, and some of the best writing in fantasy, science fiction, and in-between has been featured in the generation and explanation of these planes. In the ranking below I have highlighted what I think are the best planes (and stories) that have come out of that creative process. 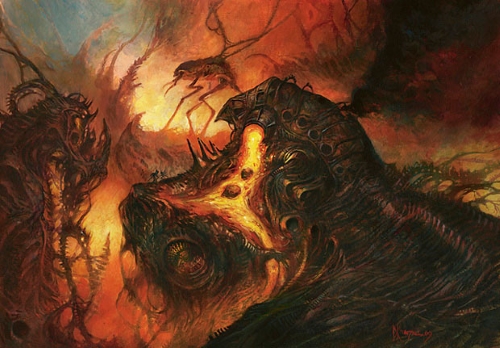 The early years of Magic were all about fantasy biology against a corrupting, modernizing machine force in the vein of classic New Wave science fiction, and nothing says that more than the plane of Phyrexia. It was a world covered with machinelife until series villain Yawgmoth, an inventor/planeswalker obsessed with bridging the gap between biological and machine life, took the entire plane under his wing and turned it into a roiling weapons factory. 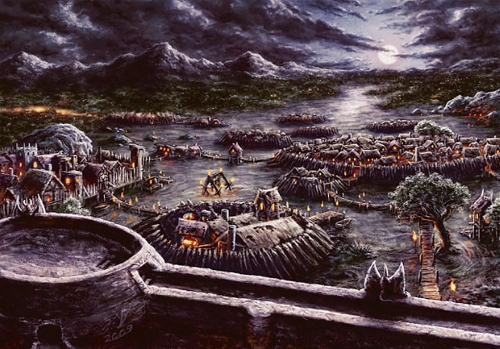 Ulgrotha is a small, simple plane that plays on all of the classic tropes of medieval Europe. The various people of the plane have had contact with cataclysmic forces, but they persevered as a big group of fantasy, Tolkien-esque creatures. The chief conflict on this place is between those who merely want to live there AND A VAMPIRE WHO HAS DOMINATED MUCH OF THE WORLD. His name is Baron Sengir and he has his own castle. Yeah, that’s right, this is like an idyllic Europe if Dracula was running around stomping the crap out of everyone who happened to get in his way. A solid plane all around. 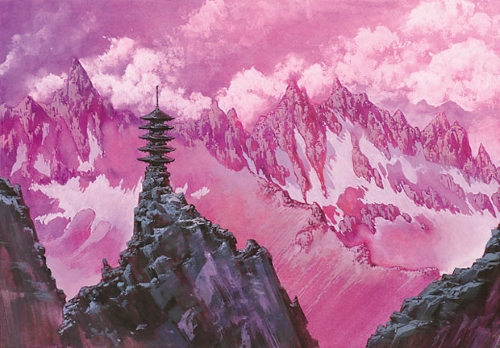 Kamigawa is a plane whose very social structure rests on a divide between the spirit world and the physical world, and during the time that Magic spent there, those worlds were in combat with one another. Kamigawa’s locations, their spirit guardians, and how those spirits interacted with one another were all important in the gameplay centered around this plane, and those interactions were very punishing for players in and out of the lore. It’s hard to imagine what the reaction to Kokusho, The Evening Star bursting into the sky and sucking out the life of everyone around him might have been like. Also, Kamigawa was all about ordinary people becoming super dope heroes, and it’s awesome when a peasant gets a rad sword to wail on ogres with. 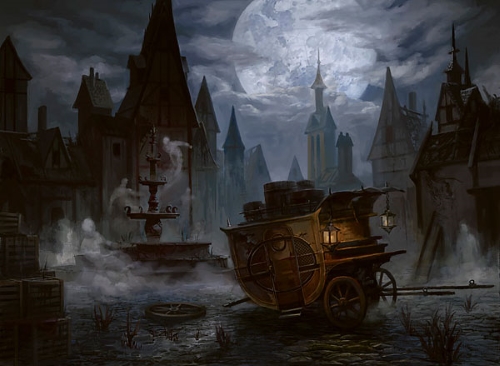 I was hollering about vampires in the entry for Ulgrotha, and the reason that Innistrad is higher on the list is that it is the most goth-ass plane in Magic history. Vampires. Werewolves. Zombies. Bats. Some other spooky stuff. It is a plane in constant tumult between classic horror evil and angelic beings trying to keep the balance, and while the story of Magic maintains that dark creatures of the night were finally beaten back by forces of good, we can still revel in the Halloween creeps doing their thing. 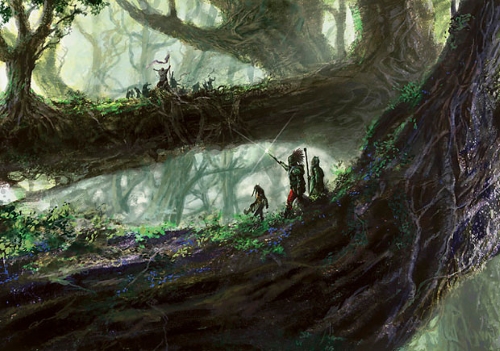 Zendikar is less a world and more a giant asteroid cloud of floating debris that happens to support a huge ecosystem of life, and thousands of years ago that ecosystem was threatened by the titan Eldrazi. They’re basically big H.P. Lovecraft monsters, and the planeswalker Goof Troop accidentally unleashed them from the prison that some more accomplished planeswalkers put them in back in the day. Zendikar is made of floating oceans, mountain spires, and amorphous swamp clouds that rival the most beautiful sights of the multiverse; it also contains unthinkable madness creatures who will take your body and destroy your mind. It’s the give-and-take of the modern vacation spot, really.

Much like Phyrexia before Yawgmoth, Mirrodin is a plane made of living metal with an entire ecosystem plotted around the workings of that living metal. It was rad, and good, and it was all messed up by a planeswalker named Karn and Memnarch, the guardian that he appointed to watch over Mirrodin. While Karn was off gallivanting around the planes, Memnarch was being corrupted by Phyrexian oil (I don’t know), causing him to create the same kinds of domination hierarchies that had existed on Phyrexia. There have been two blocks, or eras, of Magic set on Mirrodin, and at the end of the last one the Phyrexia influence had become so strong that the plane had been named New Phyrexia. It’s a real bummer. 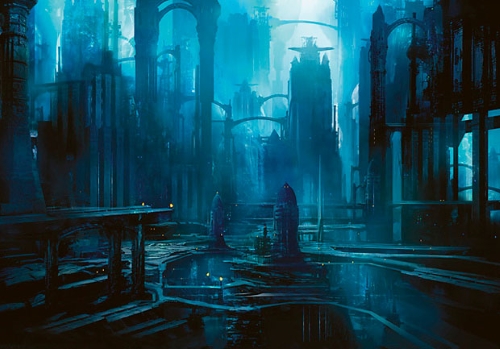 The color pairings of Magic have always attracted certain kinds of players, and the plane of Ravnica took that concept and ran with it in the form of the Guilds. There’s a giant, steam-loving dragon wizard who represents red and blue mana. A death cult who loves top-down rules represents white and black. While the Guildpact held these groups in a steady truce for a long time, that pact no longer exists, and the most recent set that visited this plane saw it in utter disarray. Ravnica is a plane that pretends to have order and is in utter chaos, which is really similar to Magic itself if you think about it. 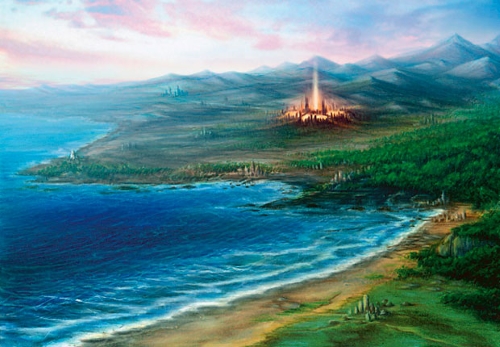 For much of Magic’s history we were locked in the plane of Dominaria. While the past ten years of the game have run rampant across the Multiverse, for a long time we were just traveling down through different time periods in the same place. A dark age happened. So did an ice age. Entire continents and regions of the world were ripped out of existence and put into an exile state. The last time we were there all of time and space was collapsing. It’s always been a rock and roll kind of spot, but I’m really itching for a return to this splintered and cratered plane. Also it has become overrun by slivers and slivers are awesome. 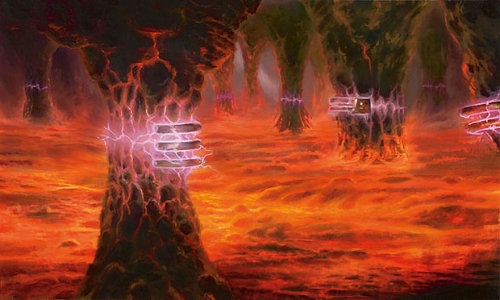 The artificial plane of Rath was wholly constructed in order to service an invasion of Dominaria by the Phyrexian army. Let me pitch this to you: Yawgmoth creates a Stronghold that constantly poops out flowstone. The flowstone builds on itself, creating a plane in the same way that an island is created in the ocean. Then Yawgmoth loaded his armies onto the plane AND CRASHED IT INTO DOMINARIA. The event was called the Rathi overlay, and it was just that—an overlaying of one plane onto the other. It’s the most metal thing imaginable, and is the equivalent of crashing a continent into another. While Rath isn’t super important for any reason other than that one, I think you understand why I have to rank this boss and brazen plane so high on this list. 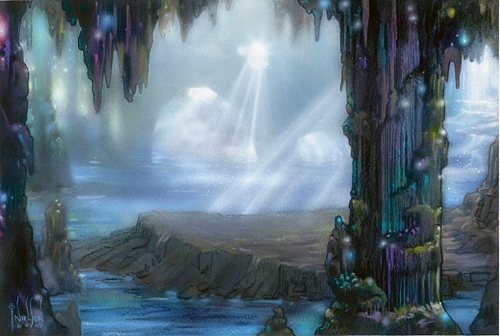 Lorwyn is a fun little plane full of fanciful creatures like boggarts, fairies, and giants, and while the story of the game took Lorwyn through lots of hoops in order to tell a dark and mature story about silly goblins and changelings, I prefer to think of it in its pure idyllic setting where fairies are making giants way too sleepy and changelings are stealing the babies of almost-hobbits. It’s bleak and it’s cheerful, and that’s the entire game of Magic to me.

Cameron Kunzelman tweets at @ckunzelman and writes about games at thiscageisworms.com. His latest game, Epanalepsis, was released on May 21. It’s available on Steam.