Have a suggestion for good movie podcast? Slide into Dom’s DMs on Twitter.

Here’s a tip for podcasts who spent the week after the Oscars either admitting that they recorded the episode before the Oscars and so give already obsolete predictions, or tallying up their correct predictions: No one cares. No one. Don’t do that anymore. Let’s move on with our lives. Let’s spend the following 12 months steeling ourselves for yet another bout of disappointment come next year, relishing the consolation that Iñárritu at least (probably?) won’t be releasing another movie in 2016.

On The New Hollywood Podcast, Brian Flaherty did right by his listeners and the rest of humanity, interviewing director Robert Eggers about his feature debut The Witch and the exigencies of bringing such an obsessively ambitious film to life on a scant $3.5 million budget. Like Norm Wilner’s conversation with (unfortunate Oscar loser) Adam Benzine on last week’s Primer episode of Someone Else’s Movie, Flaherty’s talk with Eggers reveals that a clarity of vision and a stubborn wealth of patience can push even the most difficult ideas into fruition.

The genial bros and only members of The Important Cinema Club invited official(-ish) Jim Carrey historian Emily Milling to their ’cast to peruse the career and question the lasting appeal of the Canadian comedy superstar. Honing in on Ace Ventura and The Cable Guy, the episode is probably best enjoyed by listeners who grew up in the midst of Carrey’s ascension, because much of the joy to be pulled from their conversation is in coming to terms with one’s own nostalgia, noting that Ace Ventura especially, but many of Carrey’s films generally, have trouble holding up decades later. Dumb and Dumber may be a classic, but Dumb and Dumber To is an abomination—so what went wrong in between?

And finally, John August and Craig Mazin devote their Scriptnotes Podcast to the severely dubious subject of “good writing,” which they ostensibly decry as fundamentally subjective, but then spend an hour dictating with about as much clarity as Flint’s water supply. It’s an interesting episode in that they see no difference between “writing” and “storytelling,” which is as much about the attitude of film industry screenwriters as it is about the overall zeitgeist when it comes to “story.” Apparently everything is a “story” nowadays, from what a vacuum cleaner salesman pitches to what a film stock company sells—and just because human beings are natural storytellers doesn’t mean everyone should get paid to be one. Though I do dig how mercilessly August and Mazin chastise certain screenwriters for poor punctuation and proofreading.

So make sure you know the difference between “your” and “you’re,” because if you don’t then read a fucking book before you go posting your diarrhea-thoughts on Facebook—and then check out my picks for the three best movie-related podcasts of the week: 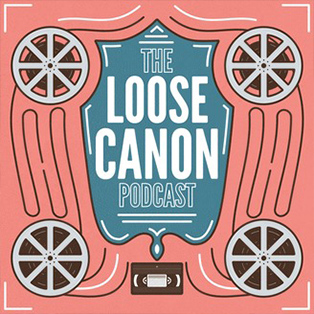 While the conceit behind The Loose Canon Podcast is nothing that isn’t being done by every culturally-savvy armchair critic with a laptop—having chatty friends and/or personalities come on to talk about a film or show vitally important to their development as a person of opinion—what makes Caroline Fulford’s pod stand above so many of its ilk is how seamlessly she can bring out the most personal details in her guests’ livesl. Or, at least that’s the case with this episode: Christy Admiraal, a writer predominantly at The Toast, joins Fulford to talk Billy Wilder’s The Apartment, but ends up discussing whether or not the film is a romantic comedy (or a comedy for that matter), eventually lapsing into a revealing back-and-forth about monogamy. Admiraal, who grew up in Michigan and went to a Christian college where she met her husband, is only 28 but has been married for seven years; hers is a perspective which finds clean opposition to Fulford’s, whose worldview seems preternaturally against the anti-romantic perils of long-term companionship. It’s a fitting tangent for a film that has long been called a farce by folks like Roger Ebert, but is actually a dour and often cynical screed against the 1950’s illusion of wholesomeness and domestic bliss. By the end of their short episode together, Fulford and Admiraal haven’t really shifted their views or drastically pivoted on their opinions, but one can’t help but notice that a slight pall hangs over it all. If being an adult means sacrificing all sense of romance, then maybe it’s best to spend the rest of your life straining spaghetti through a tennis racquet. 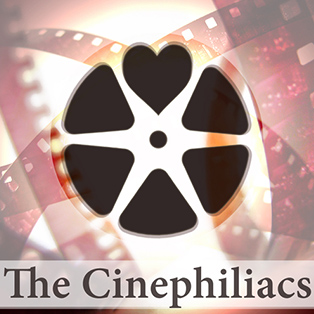 Shout out to Peter Labuza’s shout out to our pal Jordan Cronk’s new Acropolis Cinema in LA, a curated screening series and microcinema, “dedicated to bringing classic and contemporary experimental films to screens” throughout the city. Because of Acropolis, Labuza’s able to snag experimental filmmaker Blake Williams for his podcast, beginning from the beginning—with a compulsive affinity for The Little Mermaid—of Williams’ artistic career and continuing with near-excruciating detail through each phase of the guy’s oeuvre. It makes for a surprisingly accessible glimpse of typically esoteric or opaque media, as Williams speaks with transparency, wit, and a healthy dose of humility about how he investigates the fringes of cinematic experience, scraping up the borders between observation and participation.

Of course, in picking at the scabs of “traditional narrative” or “dream logic,” the two waltz wide awake into David Lynch’s Inland Empire, which Williams admits he’s seen maybe eight times. It’s a claim that takes Labuza off guard—as it would any reasonable human—but Williams explains how intimately Lynch’s sometimes grating, sometimes terrifying, and sometimes transcendent piece of work lays bare the process of thought—the process of thinking itself—and so is, like anything one becomes viscerally addicted to, something ineffably soothing. I get it: I used to watch The Room when I was sad, so reassuring was all of its absurd world. Whether or not Williams can convince you to watch, or revisit, Lynch’s film is beside the point: He can, just by talking from the heart, make the most difficult, alienating art feel like welcome viewing. 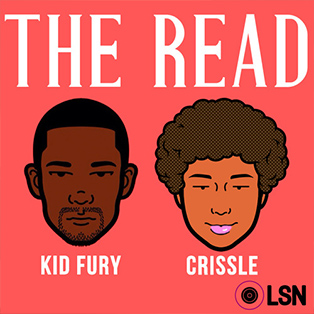 While The Read tends to cover Love & Hip Hop or all things Beyoncé before ever willing to wade into the shallows of the titular movie “business,” we’re lucky that Kid Fury and Crissle have taken the time to weigh in on the Oscars. Forget what I said in my intro up there: The world needs someone like Fury to call out the ceremony for doing nothing more than trying. By this he means that even though pretty much everything Chris Rock had to say revolved around this year’s—for lack of a better phrase—diversity controversy, absolutely nothing has changed, and as much as the Academy President talks about initiatives, or as much as the telecast scored its lowest ratings in a long, long time, the best that black people could hope for from the Oscars is some blatant, insulting, exulting pandering. White people may be patting themselves on the back for finally taking the problem seriously, but if this Oscars season proved anything, it’s that there are band-aids plenty for much deeper, institutionalized wounds. Why did 12 Years a Slave win best picture? According to Peggy Siegal, it’s because voters thought it was the right thing to do—which is pretty antithetical to the kinds of actions that would actually address the lack of diversity in the Academy, and not buff over it with gold. Spotlight isn’t a bad movie, but if it was the best movie of the year, it almost doesn’t matter. It was the right movie of the year—according to many voters who may have never even watched it.

The hosts then go on to address the very real, very inexplicable casting of Zoe Saldana as Nina Simone in the imminent Nina biopic. As much as making fun of how Saldana had to undergo an insane amount of makeup and prosthetics to even remotely resemble Simone—not to mention the fact that Saldana sounds nothing like the seemingly inimitable singer—is easy-pickings of low-hanging fruit (of which Fury is more than happy to oblige), Crissle ends all future discussions of how ill-advised the casting was by pointing out, simply, that to not do justice to how Nina Simone looked is to not do justice to the legacy of what Nina Simone represented. You can’t understand Nina Simone’s life without understanding how indelibly her identity—her music and politics and everything so inspirational about her—was tied to the fact that she was a dark-skinned black woman. This, plus c’mon: Couldn’t find any other dark-skinned black woman to play Nina? Women like that have been losing roles like this to women like Saldana forever.

Then Crissle goes on an impassioned rant about how her NYC rent is too damn high, which is the most beautiful 10 minutes you will hear this week.

Dom Sinacola is Assistant Movies Editor at Paste and a Portland-based writer. Like everyone on this planet, he co-hosts his own podcast, Pretty Little Grown Men, which is sometimes about movies but mostly about Pretty Little Liars. You can follow him on Twitter.