As of this writing The Dark Knight Rises has earned nearly a billion dollars worldwide, but Batman tends to be the exception, rather than the rule, for DC Comics’ superhero films. Compared to Marvel’s legion of movies based on comic-book characters, DC has struggled to bring its gallery of characters successfully to the screen. The positions are reversed, however, for animated projects made for TV and video, with Marvel underperforming and DC Comics producing many fine, ambitious cartoon features (some as spin-offs of excellent series). In a sign of the creative ambition of the DC Universe Animated Original movies and producer Bruce Timm, Sep. 25 marks the release of Batman: The Dark Knight Returns, Part 1, a two-film adaptation of Frank Miller’s paradigm-shifting graphic novel from the mid-1980s. While we’re waiting for that one, here are 10 of the best from nearly 20 years. 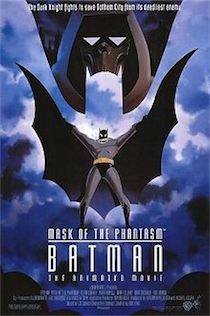 10. Batman: Mask of the Phantasm (1993)
Launched in 1992, “Batman: The Animated Series” had a comic-book classicism missing from the increasingly outré film versions. Based on the series and released theatrically in 1993, Mask of the Phantasm finds the Caped Crusader on the trail of a murderous vigilante, and ends with Batman and the Joker fighting like Godzilla in a model of the Gotham City of the future. The plot makes for a bumpy ride (1998’s SubZero proves more briskly entertaining), but it proves that animation can support a moody, emotionally rich take on superheroes. Kevin Conroy and Mark Hamill gave superb voice performances as Batman and the Joker, respectively, over many years and multiple TV series. 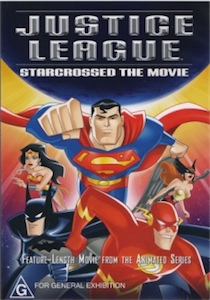 9. Justice League: Starcrossed: The Movie (2004)
Despite being billed as a “movie,” this DVD actually edits a spectacular three-episode storyline the excellent “Justice League” TV series. Thanagarian hero Hawkgirl reveals that she’s been acting as a spy for her home planet, and her people use her inside knowledge to capture the League and conquer Earth. This lavish, fast-paced melodrama features insurgent heroes, space battles and a love triangle between Hawkgirl, her former lover Hawkman and Green Lantern John Stewart. Starcrossed makes an excellent gateway to “Justice League” and its follow-up series, “Justice League Unlimited.” 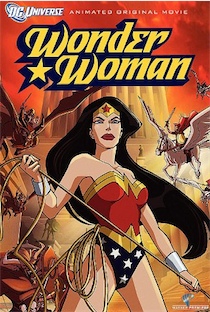 8. Wonder Woman (2009)
With all due respect to Lynda Carter, comics’ oldest and most famous superheroine has always been a challenge to dramatize: David E. Kelley recently failed to get a “Wonder Woman” TV pilot picked up. This DC original movie, directed by Lauren Montgomery, makes a lively effort as Amazonian princess Diana returns castaway pilot Steve Trevor to the American mainland. Wonder Woman makes asides on contemporary sexism but primarily uncovers a world-conquering plot by Ares, the God of War, leading to some surprisingly bloody battle scenes. The producers assembled a dream cast of voice actors, featuring Keri Russell, Nathan Fillion and Alfred Molina in the lead roles. 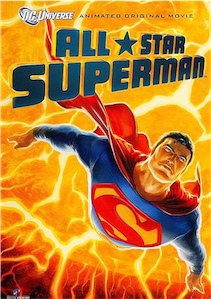 7. All-Star Superman (2011)
The producers of the DC animated features frequently cherry-pick adaptation of some of the most interesting storylines in contemporary (and vintage) comics, with intriguing results. Based on Grant Morrison’s acclaimed take on the Man of Steel, All-Star Superman depicts Kal-El’s discovery that he’s contracted a terminal case of solar poisoning, inspiring him to change his superheroic behavior and express his feelings in ways he otherwise never would. The film episode structure features eccentric changes of tone from comedy to tragedy, but it still offers the best, most off-beat treatment of Superman in the animated films. 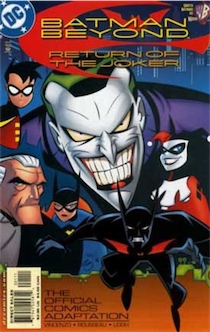 6. Batman Beyond: Return of the Joker (2000)
This straight-to-DVD tie-in to the Batman Beyond series takes place in a Blade Runner-esque Gotham of the future, with an elderly Bruce Wayne (Conroy) mentoring young Terry McGinnis as a crime-fighter in a high-tech batsuit. As the title says, the film marks the mysterious resurgence of the clown prince of crime (again voiced by Hamill), resurrected by a genuinely unsettling twist. The original film saw its violence censored following the Columbine shooting, but the Blu-Ray offers the original, uncut version. 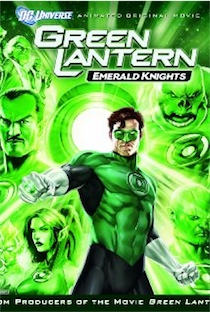 5. Green Lantern: Emerald Knights (2011)
You may have seen a Youtube fan edit of a preview of a Green Lantern feature film starring Nathan Fillion as pilot-turned-hero Hal Jordan. This anthology tale may be the closet we’ll get to the real thing, as Fillion voices Jordan in a series of stories about Green Lantern Corps, a galaxy-spanning team of do-gooders armed with power rings. Emerald Knights includes two segments based on stories by legendary comic book author Alan Moore and suggests that Green Lantern’s brand of space opera may be better suited to animation than live-action. It’s certainly better than the Ryan Reynolds film. 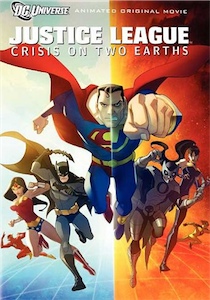 4. Justice League: Crisis on Two Earths (2010)
The Justice League discovers an alternate universe in which the superhuman individuals comprise an indestructible crime syndicate, with the likes of Lex Luthor fighting for justice. This entry features some of the biggest and most exciting action sequences of the films while cleverly exploiting the concept’s potential. James Woods gives a memorable, sinister voice performance as Batman’s counterpart Owlman, who embraces a nihilistic philosophy upon the discovery of and infinite number of universes. 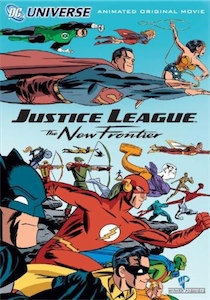 3. Justice League: The New Frontier (2008)
The second film in the DC Animated Universe swung for the fences with an adaptation of Darwyn Cooke’s two-part graphic novel, which depicts the heroes of the 1950s targeted by McCarthyite witch hunts, then willing to unite to fight a world-threatening adversary. The film’s inhuman antagonist lacks clear definition and most of the male characters look identical, but The New Frontier proves to be thought-provoking film, with influences ranging from The Right Stuff to Watchmen. In the finale, the innocence of DC Comics’ Silver Age comics and the optimism of the Kennedy Era dovetail in a way that feels faithful to the American mythos, even though it didn’t “really” happen. 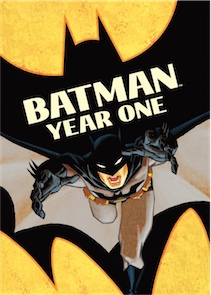 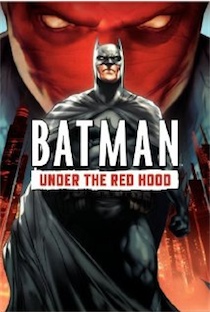 1. Batman: Under The Red Hood (2010)
When a violent figure known as the Red Hood throws Gotham’s underworld into chaos, Batman must track down his connection to the late Jason Todd, who became Dick Grayson’s successor as Robin until being beaten to death by the Joker. The darkest and most intense of the DC animated films culminates with a three-way battle between Batman, the Red Hood and the Joker that evokes The Good, The Bad and the Ugly in its conflict between three comparably-matched opponents, each of whom embodies a different moral worldview. It should go without saying that it, like Batman: Year One, is not even remotely for kids. Maybe you should steer them toward Batman: The Brave and the Bold instead.