Groundbreaking hip-hop group A Tribe Called Quest reunited last year for a performance of “Can You Kick It?” on The Tonight Show, in an event far more fateful than we realized at the time.

In a handwritten note posted to the group’s social media late last night, Q-Tip announced that following the death of founding member Phife Dawg in March earlier this year, the group will finish their current project and release it as their final album.

Saying they were inspired by their performance on The Tonight Show, their first television appearance in 18 years, as well as the Paris bombing that happened that same night, Q-Tip wrote, “I felt the need, we all did, to get back to the Studio and start that cookup!!”

“It was coming together nicely and as you may know we lost our BROTHER may GOD REST HIS SOUL on March 22nd,” Q-Tip continued. But Phife left a “BluePrint of what [they] had to do” and so the group recruited fellow “tribesmen” Busta Rhymes and Consequence to complete the album. According to the note, Phife’s appearance on the album isn’t composed of old material, but will feature the work he completed for it before his death.

Q-Tip signs off the note by giving a release date for the album saying, “on November 11th, 2016 we will complete our Paths of Rhythm.” The album, which is still untitled, will be A Tribe Called Quest’s first since 1998, and will come 26 years after their first, People’s Instinctive Travels and the Paths of Rhythm.

You can see Q-Tip’s three-part note below, and beneath that, enjoy Paste Cloud audio from Tribe’s summer of 1998 performance at Tramps in New York City. 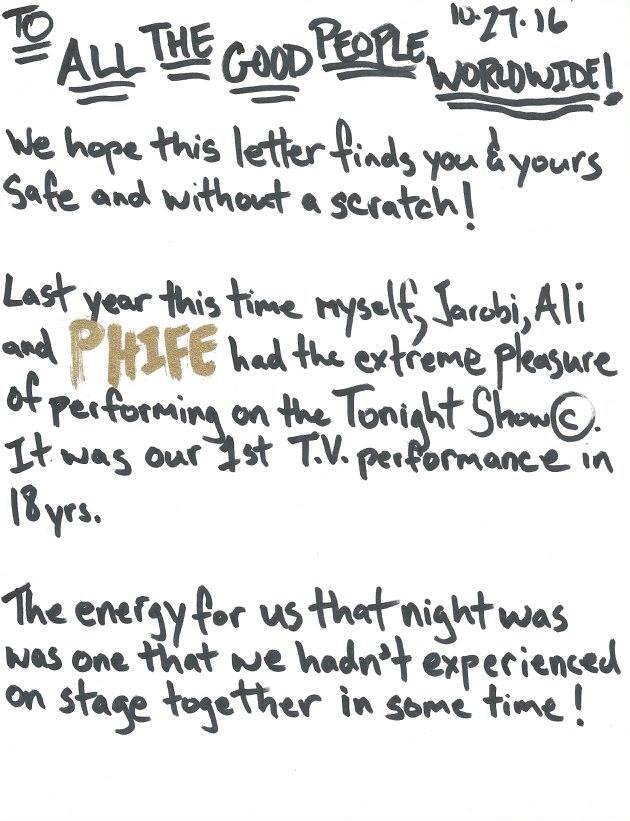 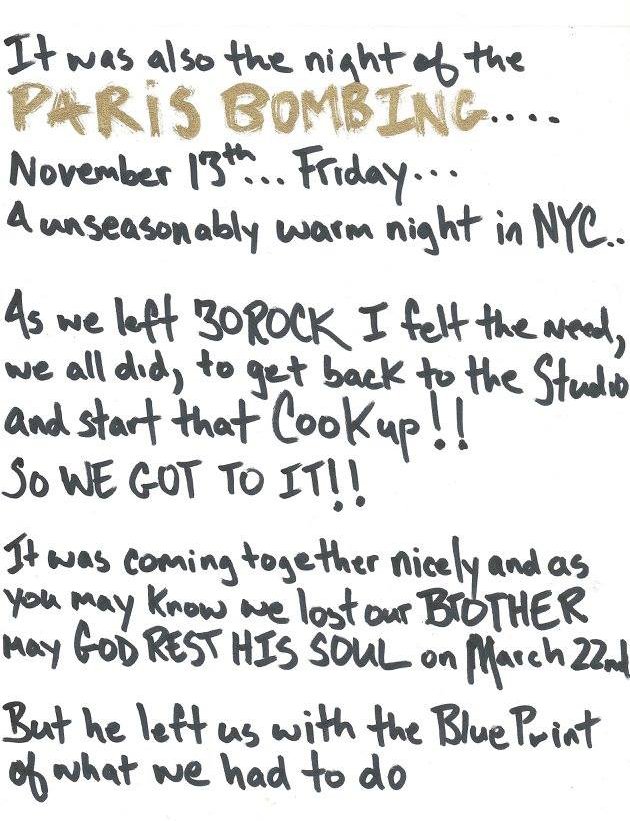 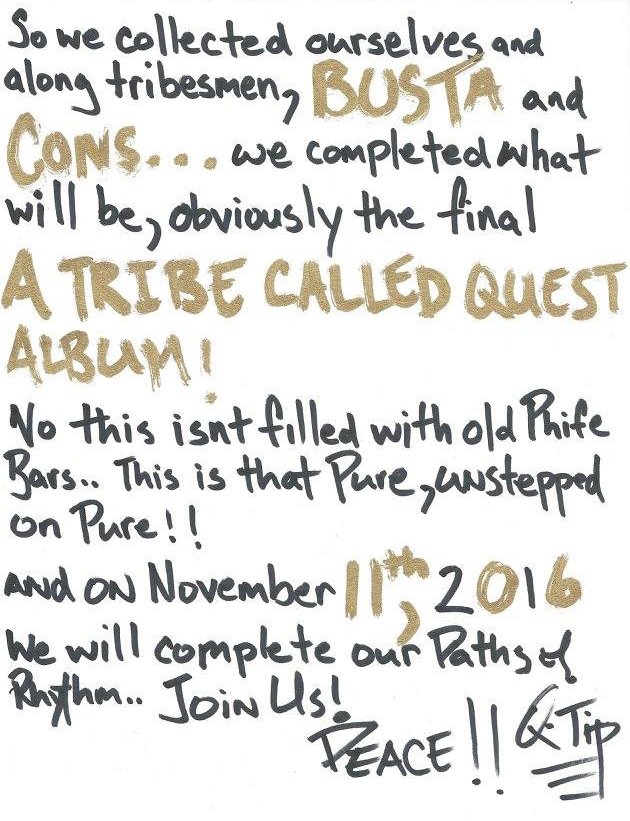 More from A Tribe Called Quest