The Global Citizen Festival is one of the largest charity-based concerts in the country, and organizers have just released their 2016 lineup. Returning to Central Park’s Great Lawn in New York City will be headliners Rihanna, Kendrick Lamar, Selena Gomez, Major Lazer and Metallica. Chris Martin, Eddie Vedder, Usher, Ellie Goulding, Yandel and Yusuf/Cat Stevens will also be performing. This year, there will also be a variety of celebrity hosts including Chelsea Handler, Hugh Jackman, Neil Patrick Harris, Priyanka Chopra and more.

GA tickets for the fifth-year festival have to be earned by fulfilling activities to help increase awareness of extreme poverty—Global Citizen’s goal is to end extreme poverty by 2030. A small number of paid VIP tickets will also go on sale on July 28. The festival will once again be streamed via YouTube and also will be broadcast on cable television network MSNBC.

The Global Citizen Festival takes place on Sept. 24. Find more info on the fest here, and the lineup poster below. 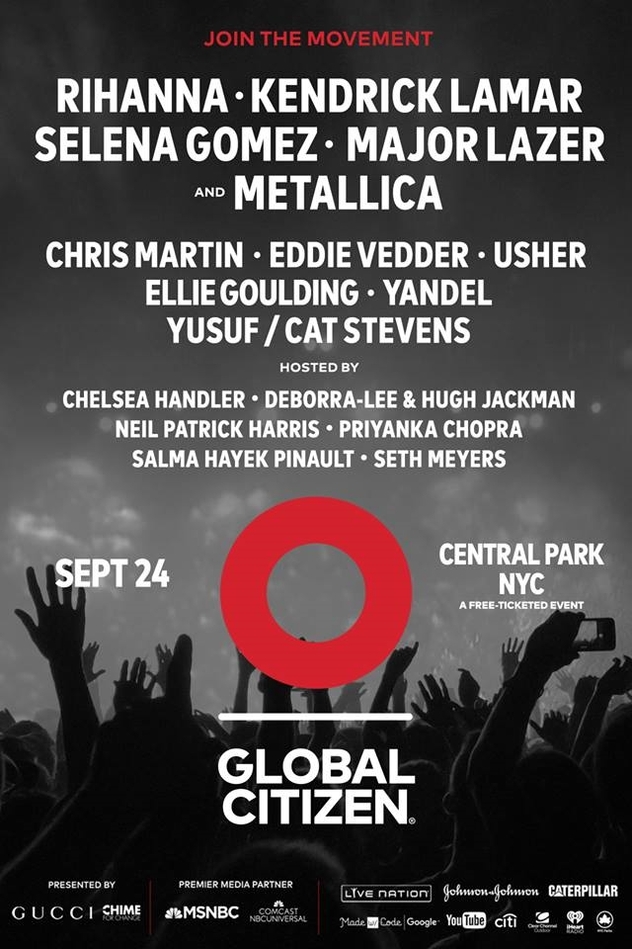