Today Chicago rock band and March Paste Best of What’s Next picks NE-HI announced their sophomore album, Offers, to be released in February, and a supporting tour that will take them all over the U.S. between January and April.

They’ve also shared a video for the record’s lead single, “Stay Young,” a track about the changes people go through in the aftermath of a breakup: “Time gets away from you and it’s not coming back.” The video is full of slow-motion shots of heavy wind and people who are calmly rooted while their hair billows around them. Time, the metaphor seems to suggest, moves around us; we age even when we feel like we’re standing still.

NE-HI mentioned that they were working on this forthcoming album when we interviewed them in March. The band said that they were trying to balance a more thoughtful recording approach with maintaining the visceral quality of their first record. A press release describes that the new album does in fact “get somewhere new, without forgetting the spirit of the journey in the first place.”

Look out for Offers, slated for release on Feb. 24 via Grand Jury—you can pre-order the album here. Find the tracklist and artwork below, the band’s tour dates beneath that, and their video for “Stay Young” above. 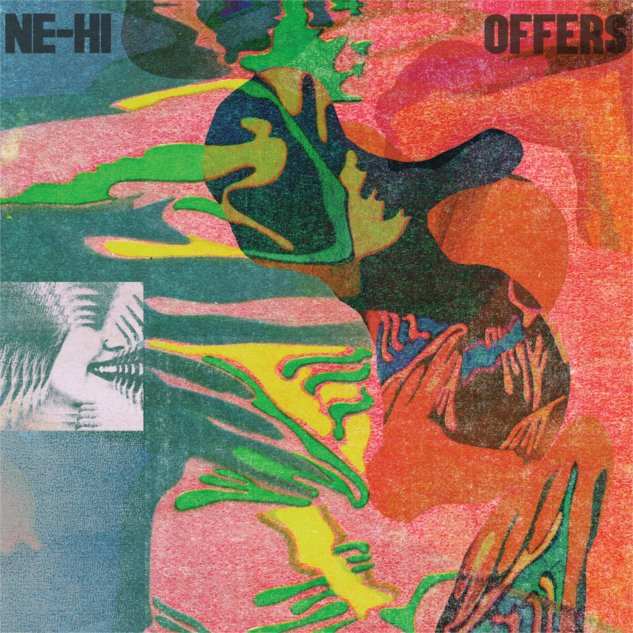