Record Time is Paste’s monthly column that takes a glimpse into the wide array of new vinyl releases currently flooding record stores around the world. Rather than run down every fresh bit of wax in the marketplace, we’ll home in on special editions, reissues and unusual titles that come across our desk with an interest in discussing both the music and how it is pressed and presented. This month we prepare you for the July Record Store Day Drop with a look at a few releases out tomorrow, boxed sets from British superstars, private press folk and more. 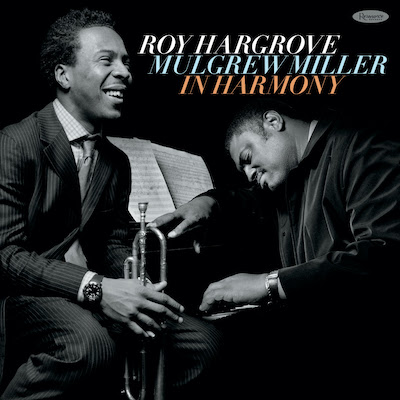 Pianist Mulgrew Miller’s name may share top billing on this Record Store Day release, but the live recording really feels like a tribute to trumpeter Roy Hargrove who passed away in 2018. This double LP set was sourced from two concert dates in 2006 and 2007 that this duo performed in Pennsylvania and New York, respectively. Along with the records is a wonderful booklet that features remembrances of Hargrove from his many friends, collaborators and admirers, like Sonny Rollins, Common and Jon Batiste. Through each of their anecdotes and the introductory essay written by Ted Panken, Hargrove’s talent is emphasized as is his lack of ego. And that becomes even clearer on these recordings. His pure tone and joy at taking swings at standards like “Ruby, My Dear” and “Triste” is apparent, but he seems just as happy to sit back and let his buddy Miller take the spotlight and solo for a while. This is a jazz record to indulge in like a pint of ice cream or a bag of your favorite salty treat. Dig in and promise yourself you’ll eat some roughage tomorrow. 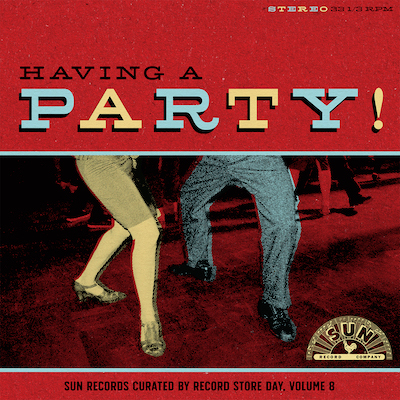 The title of this compilation spells it out nicely: Michael Kurtz and Carrie Colliton, co-founders of Record Store Day, have helped produce this collection of rarities from deep within the archives of famed Memphis studio/label Sun Record Company. And the emphasis is on upbeat jams ideal for frugging one’s way across the living room floor. Even in its eighth iteration, these sets assist in painting a richer picture of Sun Records that goes far beyond the big names (Elvis, Orbison, Jerry Lee Lewis) that graced its one-room recording house. Dig in here to find nasty R&B, jump blues, Detroit funk and sweaty, wall-shaking rockabilly. My minor concern with this release was pulling out the inner sleeve and being greeted with a liquor ad. As vinyl grows into a billion dollar industry, be prepared for more brands looking to stamp their logos and aesthetic all over forthcoming releases like this. Consider yourself warned. 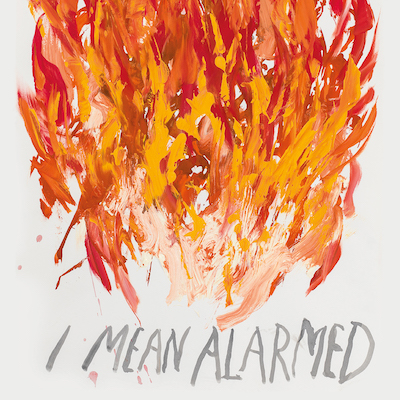 The cross-cultural exchange going on between San Pedro, California (the town that gave us Minutemen and Saccharine Trust) and Toulon, France (birthplace of Temple Sun and the MIDI Festival) is celebrated on this Record Store Day release. Led, in part, by Mike Watt, this orchestra-sized ensemble featuring folks from both cities lay down two suites of sprawling avant-rock that, in spurts and sparks, reveals the individual musicians leanings toward jazz, punk, prog and experimentalism. The whole affair is wrapped up in some wonderful Raymond Pettibon artwork and features a thick booklet (in both English and French, natch) that spells out the musical bona fides of each town represented here as well as the relationships that fomented the sounds within. It’s a dizzying tale that fits in nicely with the heady grind of the music on each side of the grey wax. 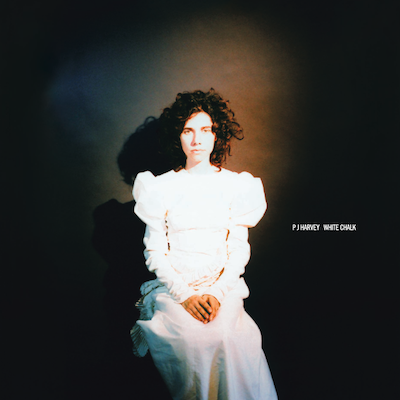 PJ Harvey’s seventh album White Chalk was a pleasant shock to the system when it was released in 2007. Gone were the slashing guitars and slinky grooves of her previous work. In came spare folky instrumentation (zither, harp, banjo) and piano, and Harvey straining to hit notes and wailing in a wavering falsetto. Combined with lyrics that reveal a deep well of regret and loss at the core of these songs, the music chills the skin like sinking into a cold milk bath. The vinyl reissue campaign of Harvey’s discography continues with White Chalk and an alternate version of the album in demo form. The original LP sounds as good as ever thanks to the thoughtful mastering of Jason Mitchell and John Parish, who cut the lacquers at 45 RPM. This helps stretch the short album over two sides of wax and beefs up the album’s minimalist low end. As ever, the demo takes of these same songs feel as fleshed out as the finished product. Harvey always has such a precise understanding of where her songs are going. All her collaborators, which on White Chalk included Parish, Dirty Three drummer Jim White and ex-Pere Ubu member Eric Drew Feldman, had to do was flesh out the details under her watchful eye. 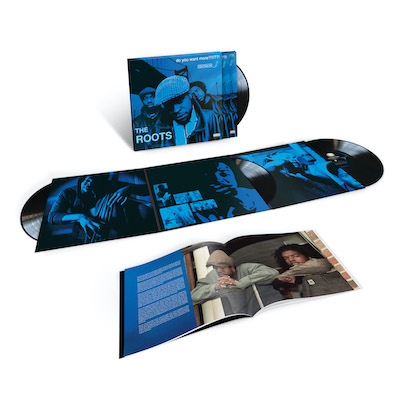 In 2019, responding to the news about the 2008 fire that burned up hundreds of thousands of master tapes containing the music of Universal Music Group artists, The Roots co-founder Questlove tweeted out, “For everyone asking why Do You Want More & Illdelph Halflife wont get reissue treatment.” Yet two years later, along comes a deluxe edition repressing of Do You Want More, the hip-hop ensemble’s 1995 album and first for a major label. I would have been listening closely to this one anyway, but all of the above had me suspicious about how this re-release would sound. And, sure enough, the finished product is not great. It sounds like a strange Frankenstein’s monster version of DYWM. There’s a volume drop in “Mellow My Man” that wasn’t present in the original version, as if they awkwardly stitched together two different master sources. They chose a different mix of “Lazy Afternoon.” And the whole album is noticeably quiet—the mark of vinyl masters cut from a digital source. I’ll be keeping this in the collection, if only to dip into the booklet that walks readers through the band’s lean years and offers up details about every track on it. But I doubt I’ll drop the needle on these LPs again anytime soon. 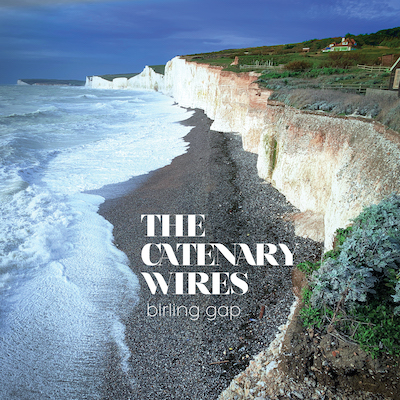 Starting with their genre-defining twee ensemble Talulah Gosh and continuing on with projects like Heavenly, Tender Trap and Sportique, Amelia Fletcher and Rob Pursey have been chasing pop perfection going on 35 years now. The hunt continues with their latest venture the Catenary Wires. And damn if they haven’t come as close as ever to achieving their goal. The mood of this project’s third full-length is more ruminative, with the pair taking stock of their lives on mellowed out tracks like “Canterbury Lanes,” “Always On My Mind” and “The Overview Effect.” It’s the sound of accepting middle age, done up in stately psych-folk jangle topped with glittering synth fills. Through it all, Fletcher and Pursey have retained their starry-eyed romanticism (“Be Jason to my Kylie/Sure, if you’ll be Wah! Heat to my Wylie,” they sing on the delirious “Mirrorball”), but it’s marked by an autumnal quality—a long-married couple happily settled in their ways and delighting in the occasional flutter of wanton lust. 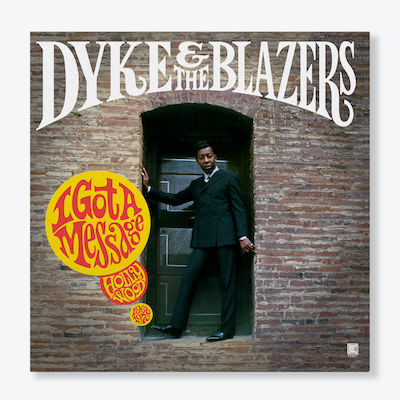 Arlester “Dyke” Christian is a name that should be heralded alongside funk/soul titans like James Brown and Mavis Staples. Alongside his backing band the Blazers, this gritty vocalist managed to score some minor R&B hits during his truncated life, including “Funky Broadway,” a roof-raising number that was turned into a smash by Wilson Pickett. Christian kept grinding away until his death in 1971, but somehow never did find that one song to help push him into the limelight even for a little while. These two new double LP compilations from Craft Recordings, collecting the bulk of the work that Christian and his various collaborators recorded during his lifetime have arrived to help give this incredible artist his (over)due. You can’t go wrong with either one, but I lean toward Message, which collects the work Christian did after he relocated from Arizona to California and let the dual forces of psychedelia and the growing call for racial justice impact his powerful and nasty tunes. 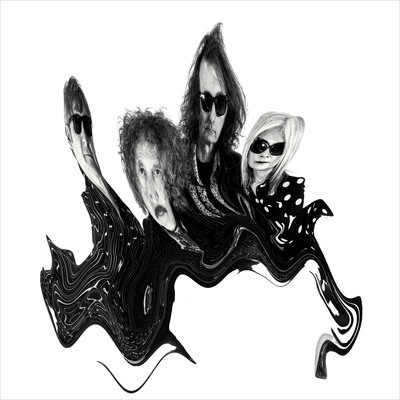 The Scientists: Negativity (In The Red)

Though a reunited lineup of the Scientists has been a going concern since 2006, Negativity is the first new music from this group in over three decades. In that time, the band’s ugly, noisy take on garage punk has become a prime influence on the likes of the White Stripes, Mudhoney and Queens of the Stone Age. This new album serves both as a welcome return and a reminder of just how important the quartet has been to the last 35 years of underground rock. Negativity is a messy affair, as unkempt as frontman Kim Salmon’s hair in the picture adorning the inner gatefold of this album. The flubbed vocal takes, wobbly drum fills and occasionally awkward solos (bassist Boris Sudjovic is barely holding it together on “Naysayer”) are there for all to hear. Perfection was never the point with this band, though. The Scientists were always about taking rock music back to its nasty, hormonal roots, adding a glorious layer of sludge and narcotized fury into the mix that was all their own. 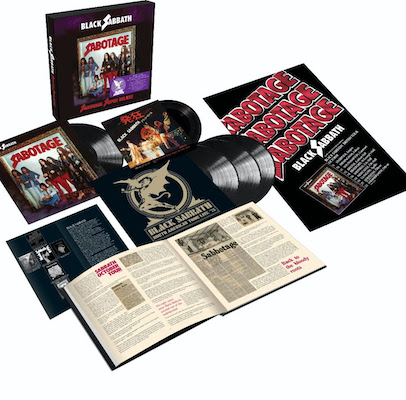 Following the release of last year’s deluxe reissue of Vol. 4, Black Sabbath has dipped back into the archives to complement a remastered re-release of the group’s sixth studio album Sabotage. Included in this hefty boxed set is a triple-LP set of live material captured during their extended tour of North America in 1975. The quartet was on the road a lot that year, owing to ongoing legal battles with their former management team. The tension lent a cathartic air to these dates, as the band was clearly reveling in both the adoration of their audience and the wall-shaking volume of their live set up. The mark these issues left on the sessions for Sabotage are obvious as well. It’s an ambitious record, with indulgences like an appearance by the English Chamber Choir on “Supertzar” and guitarist Tony Iommi throwing the wail of a synthesizer into the mix as much as possible. The music suffers a bit as a result, but on tracks like “The Writ” and “Megalomania,” Sabbath still sounds like they can topple castles and alter the weather. 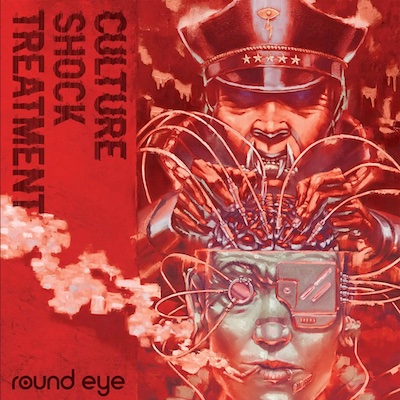 Shanghai-based punk outfit Round Eye have clearly earned the respect of their punk forebears. The group’s latest album was co-produced by Minutemen co-founder Mike Watt and mixed by Black Flag/Descendents drummer Bill Stevenson. And the album has been released on the label run by D.O.A. leader Joey Shithead. If all that name-dropping isn’t enough to pique your curiosity, the music will easily win you over. The album is sequenced in the manner of a great punk show, with little time between each song to catch one’s breath and plenty of volume and anger to stir up the masses. Their collective concerns are the rise of the MAGA zombies, a loss of empathy in our daily dealings and urging anyone within earshot to fight back against and seize power from the authoritarian governments. Get angry, get inspired and add this album to your protest playlists. 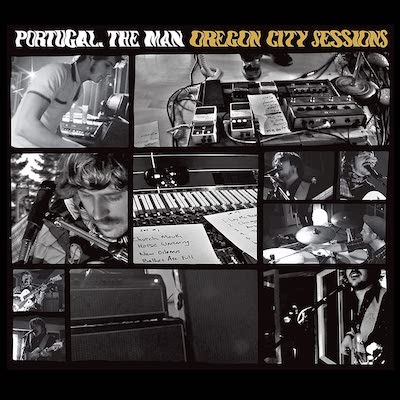 Back in 2008, before Portugal. The Man had status and a Top 10 hit under their belts, the indie rock band could be found humping their gear around the country in a van, growing their now massive fanbase the old fashioned way. At the end of one of their tours, the group piled into a recording studio in Oregon City to capture the sound and energy of their live sets. The video for that session is floating around YouTube and they’ve since pressed the audio to wax. This incarnation of the band is a wild one as they brought a jam band attitude to the alt-rock realm, jumping from aggro guitar workouts to roots reggae breakdowns to charming drops of Harry Nilsson’s “One” and the Beatles’ “Helter Skelter.” The whole thing plays like a blurry snapshot taken on a disposable camera—all bright colors and good intentions muddied by a poor audio transfer.