Indie-pop duo Tennis—made up of husband and wife team Patrick Riley and Alaina Moore—are based in Denver, Colo., but “based” is a relative term when it comes to these two musicians, who split their time between land and sea. They wrote the majority of both their 2011 debut album Cape Dory and 2017’s Yours Conditionally whilst on sailing excursions.

Then, a four-month sailing trip in the Sea of Cortez, Mexico, resulted in their next project, Tennis’ fifth album Swimmer, which is out on Valentine’s Day (Feb. 14), 2020, the band announced Friday. The news arrives with a single, “Runner,” their first new music in almost three years, and lush visuals Moore said were “made with our long-time collaborator Luca Venter,” and “inspired by my love for old musicals and all things Gene Kelly, Fred Astaire and Bob Fosse.” Watch the music video below.

Tennis sound fresh as ever on “Runner,” a romantic, groovy synth explosion that puts Moore’s soprano on full display. Moore described the song’s seaside writing process in a statement:

“Runner” is the first song we wrote for our fifth record. It began as a guitar riff Patrick recorded while we were living off grid, anchored in a fisherman’s cove called San Juanico. The only instruments we had on board were an acoustic guitar and a drum sequencer, but the limitations seemed to work in our favor. Until that point we had no clear vision for our writing. The demo Patrick recorded that day outlined our future, the first contours of our next record.

As per the usual, Tennis emphasizes aesthetic with this release. The “Runner” video has a forward-moving feel to it as Moore, clad in various ’70s-inspired silk suits, continuously sashays towards the edge of the frame. The pair dances around what looks like a vintage photo studio before Moore ascends above a starlit treeline. Then, the clip concludes with a passionate make-out session between husband and wife. We’ll give these two some space.

Watch and listen to “Runner” below—you can stream it here. Keep scrolling for a full Tennis concert from South By Southwest 2012 and Tennis’ 2010 Daytrotter session, plus the “Runner” single art. 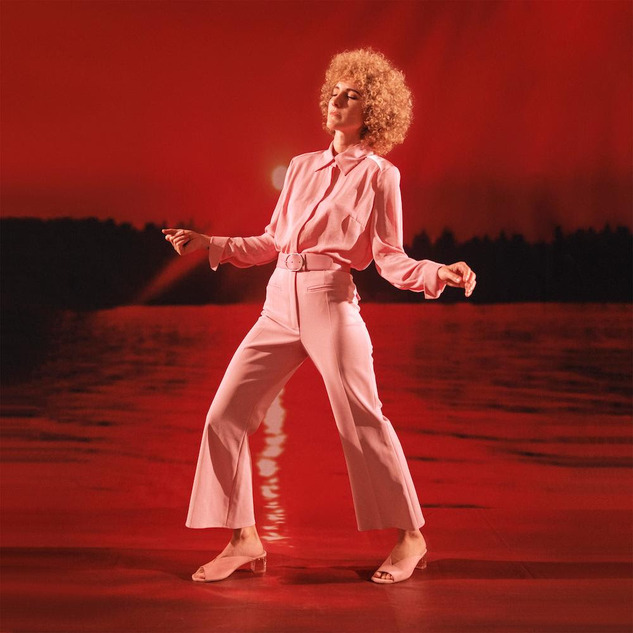