The state of Bahia is considered by many to be the heart of Brazil. The region is roughly the same size as France, is known as the home of afro-brasileiro culture, and hosts some of the best sporting events in the country. In Bahia, soccer loyalties run deep, but unfortunately financial mismanagement runs deeper.

Two years after the World Cup, few can deny the grandeur of Itaipava Arena Fonte Nova, Salvador’s premier futebol stadium, but many question its practicality. The city hosts the state’s two biggest clubs, EC Vitória and EC Bahia, yet the former returned almost immediately to its original stadium, and many anticipate the same for the latter.

The Fonte Nova seats 55,000, hosted several World Cup matches, and will be used again for the 2016 Summer Olympics. It has a turbulent history; the existing stadium replaced the original 1951 Estádo Fonte Nova after a roof collapse in 2007, which killed seven and injured many more. While tragic and well-documented, the lesser known legacy of the Fonte Nova is the social impact of the luxurious new venue, which still resonates today and is due to reignite with the 2016 Olympics around the corner. 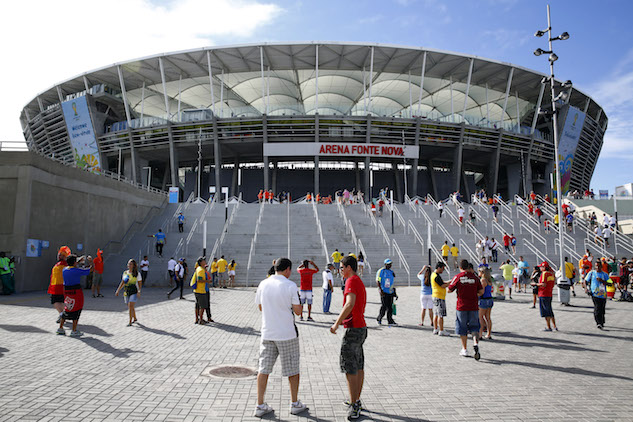 The original ‘07 proposal for the new stadium envisioned benefits beyond the World Cup, and construction companies claimed it would create lots of new jobs. More than 10,000 professionals were involved in tearing down the old stadium and building the new one. During live events, the stadium employs roughly 3,000 people. Local student and proud Bahia fan Helder Santos de Jesus, 28, has been to both stadiums and thoroughly enjoys the new one. “There are more drinks, better seats, and the whole thing is more beautiful”, he says, claiming that interest in attending matches has risen since completing the new Fonte Nova.

De Jesus represents a small, younger generation of Bahians, who plan to pursue a university education and can afford to pay for entertainment. He was proud to show me his chemistry textbook during our conversation, sharing his plans to become a pharmacist in order to leave his job as a technician at TV subscription company SKY Brasil. He and his friends regularly attend matches whenever Bahia is playing.

I went to see whether the new Fonte Nova is as wonderful as de Jesus’s claims. You didn’t need the stadium’s address to find it; the drumming and cheering of fans can usually be heard long before the stadium is in sight, and the incessant percussion rises and falls with the heightening and loosening of tensions during the match. The crowd ambience speaks for itself; there is only one 100 square meter screen in the stadium, and it only shows in-game substitutions—there are no updates on other matches or statistics for any player, and there are hardly any ads. The horseshoe seat layout also includes a large window at the south end that has a broad view of the adjacent lake, which allows diehard fans to gather on the opposite end for drumming and dancing behind the goal.

Though it suits the native Brazilian crowd well, the design process was outsourced to the German architecture firm Schulitz Architekten. Lead architect Claas Schulitz explained that his team strived to capture the quintessential Brazilian experience by visiting many other existing stadiums, working hard “to keep Brazilian stadium tradition alive and not design a ‘European’ standard stadium.” While constricted by international requirements for World Cup ready stadia, Schulitz felt that had accomplished their stated goal.

Others confirm the success of Schulitz’s vision, and the positive effect the Fonte Nova has had on the surrounding community. Local business owner Fredy Santos de Azevedo appreciated what the stadium did for public transport — when asked why he claimed to like the Fonte Nova, he immediately responded “mobility!”. 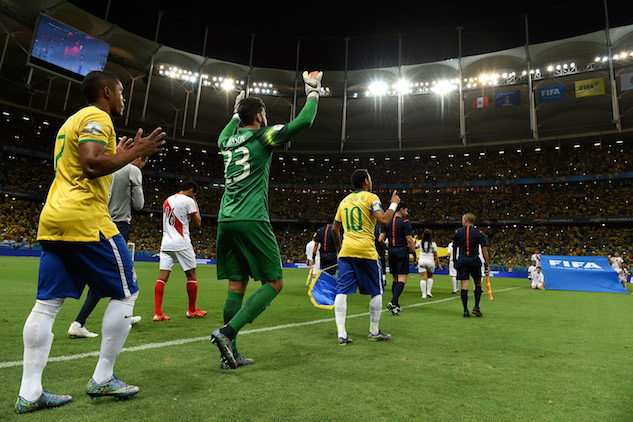 De Azevedo says there are now many direct routes to the stadium through the dense surrounding neighborhoods, and developing them the network of mediocre transport through Nazaré, Pelourinho, and Tororó, had finally been acknowledged by the government. He also appreciated the waterproof roof that covers every available seat, noting “in a tropical climate like this, it’s a surprise when stadiums don’t include a roof”. That same roof also recycles rainwater, one among many sustainable features which can be found listed here.

The luxurious upgrades are far from perfect, however. Despite rave reviews, the average attendance for the two dozen regular matches held in the season following the World Cup was 12,692, a mere 25% of the total capacity. The fans haven’t disappeared, because the jerseys are still in every street and store, the pride in every conversation.

Forty-seven year old Ed Sousa, for example, is a lifelong Bahia fan born and raised in Salvador. But he hasn’t been to a match since 2007. While sporting his red white and blue tricolor Bahia jersey, he says he can’t afford the new prices, and he’s not alone.

“Lots of people arrived into the city for the World Cup”, he says, yet despite Salvador’s six World Cup matches, Rio de Janeiro was always the true host city. “The new stadium brought lots of activity here, but it mostly only affected Rio’s economy,” he explained.

The construction jobs for building the new stadium in Salvador were temporary, and Sousa claims some workers were underpaid. Furthermore, the new stadium has been staffed mostly with former employees from the old Fonte Nova. While the stadium is undeniably better, Sousa says, the original concession and ticket prices originally catered to foreigners for the World Cup remain unchanged. He agreed that this may be due to the upcoming Olympics, but says he’s sceptical they’ll go down after this summer. Few among his friends and family have plans to attend a game soon. 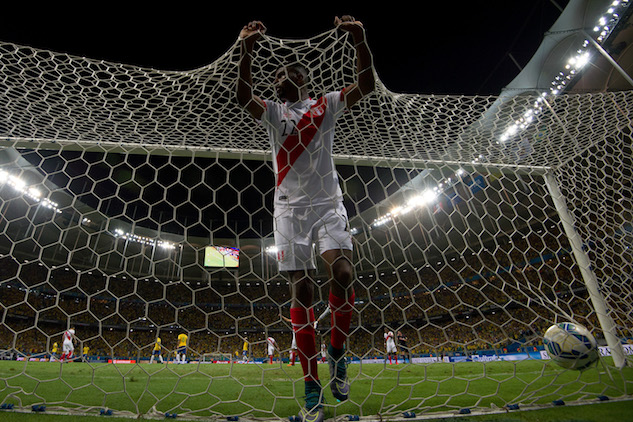 While the Fonte Nova is the home field for EC Bahia, Vitória opted to play in their current stadium Estádio Manoel Barradas because they cannot afford the Fonte Nova rent. After just one game at the Fonte Nova in 2014, Vitória returned to their 34,000 seat home up north in Canabrava.

EC Vitória has been an A Series team for most of its history, with many regional and national titles in their trophy case. Their rivalry against Bahia is one of the strongest in the country; many Bahians dream of attending a Ba-Vi, the local name for a match between the two clubs. In spite of all this, Vitória does not want or need the Fonte Nova. EC Bahia’s B Series status may become problematic as well, lowering the club’s income and rendering the stadium too expensive for them. When soccer and Elton John concerts aren’t enough, taxpayers will be required to offset large maintenance costs for the stadium.

The stadium’s corporate owners meanwhile have signed a naming rights contract with brewing company Grupo Petrópolis, becoming the first of modern multi-use stadiums in Brazil to do so. They also opted against corporate branding, choosing instead to use the old stadium’s popular nickname—officially, the 1951 stadium had been the Estádio Octávio Mangabeira, but everyone referred to it as the Fonte Nova because of the many fountains (Fontes) in the area, as well as the popularity of the road ‘Ladeira da Fonte das Pedras’. The new stadium maintained the affectionate nickname, making the new formal title “Itaipava Arena Fonte Nova”.

Furthermore, the stadium owners negotiated with the Bahia Department of Education and FIFA in order to create the ‘Escola no Copa’ program, which distributed 2,300 tickets to 46 public schools so students could attend the World Cup matches held in Salvador. It was difficult to find anyone in the area who had heard of or remembers the program today, but there is no evidence to disprove the stories about the lucky kids who participated.

Fonte Nova offers a memorable albeit chaotic experience for extreme soccer fans and laymen both. The novelty of the stadium represents more than a prettier building and improved seats, though — almost everyone I spoke with had macroscopic visions for Brazilian soccer, adding after their interview that the entire national system needs more organization.

The Fonte Nova has, admittedly, been better off than other 2014 World Cup venues; Brasilia’s Estádio Nacional Mané Garrincha, for example, made US$3.27 million in ticket sales for the whole of 2014, which accounts for just 0.46% of the whopping US$711 million for construction costs. Yet this relative success story does not justify aggravating the existing the economic division among fans, and the Olympics could be the chance for owners to further bridge the economic divide. Whether or not the Fonte Nova was a step in the right direction for Salvador, the fans want more.