You get access to a whole lot of stuff if you shell out the $25-or-so bucks a month required to have Netflix, Hulu and Amazon Prime. The only problem? These days it’s all subject to change at a moment’s notice. Or, more likely, hardly any notice at all.

The streaming landscape has changed a lot since Netflix was a plucky upstart trying to topple your local Blockbuster, and Hulu was concocted as a way to try and keep cord-cutters interested in network TV programming. Now? Netflix, Hulu and Amazon compete with heavy-hitters like HBO and NBC for prestige original programming, and every service boasts a solid line-up of film deals and TV show archives. Which, ironically enough, is the biggest part of the problem.

As each service pushes harder and pours in more money to compete with one another, it’s led to a bevy of twisty and confusing rights deals that mean films from different studios are confined to specific streaming services, and almost always for just a limited amount of time. As if that wasn’t complicated enough, now the online equivalents of cable networks like HBO and Showtime are cutting their own deals, locking up film rights to keep them off the other streaming services. The constant carousel of content changes has created a veritable cottageindustry of monthly breakdowns over what’s being axed and added to the major streaming services. If you shell out for Netflix or Amazon Prime today because it has your favorite TV show, that might not be the case tomorrow.

One of the prime examples is the recent backlash over most of the back catalog of Futurama dropping off Netflix, along with cult hit The X-Files. For a whole lot of fans, the ease of streaming allowed them to discover or rediscover these fantastic shows with ease. Now? You’ll have to pray Fox lines up a different streaming deal elsewhere, or drop some cold, hard cash on DVDs and Blu-ray (or digital season collections, which typically don’t come cheap). Yes, there are a lot of things to watch on the Big Three streaming services, but there are also a lot of things missing.

Want to relive the greatness of the late 1990s and early 2000s animated series Batman Beyond? It’s not on Netflix anymore, sorry. Or how about the kid-friendly classic The Sandlot? Nowhere to be found. Looking to relive Christopher Nolan’s seminal Dark Knight trilogy? Here’s hoping you picked them all up on Blu-Ray. Want to return to Joss Whedon’s superhero masterpiece The Avengers before seeing how he does wrapping up production on Zack Snyder’s Justice League? Ahem, yeah, I think you get the point. Just take a look at Rotten Tomatoes’ list of the greatest films ever made. As you’ve probably guessed, a large percentage of that “Certified Fresh” line-up isn’t available with ease. 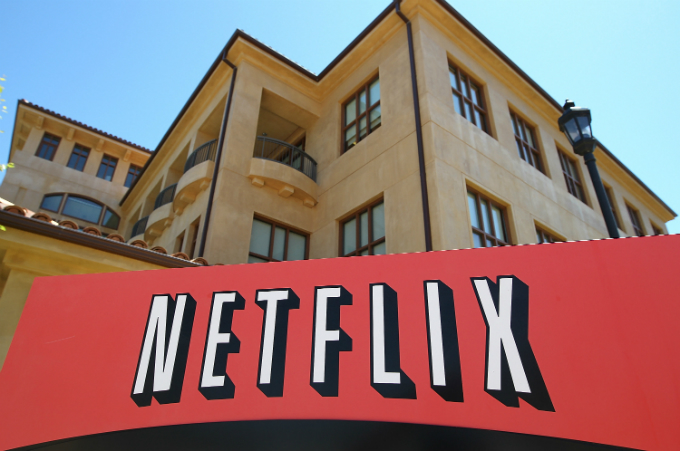 As if the constantly shifting contracts and rights deals weren’t enough, there’s an even more complicated layer to the minutia: Sometimes the music in these shows and movies fall under different rights deals, meaning they can’t actually be streamed in their original form. As NPR noted a few years ago, a whole lot of classics (The Wonder Years, When Harry Met Sally) were affected by this in the early days of streaming, and it’s a problem that’s continued to rear it’s tone deaf head. Ever tried to go back and watch the sitcom Scrubs on Netflix? Zach Braff’s manic goofiness just doesn’t feel quite right without the accompanying soundtrack you knew and loved a decade ago. When it starts to affect the integrity of the programming itself, that’s a problem.

Of course, you can digitally purchase a lot of these films and shows from a variety of services, but that comes with its own caveats. What if you buy it on iTunes, but your smart TV doesn’t play nice with Apple TV? Or you switch streaming boxes, and one of your services isn’t supported? Or what if your service of choice eventually goes kaput a few years down the line? Crazier things have happened.

Despite all that, DVD and Blu-Ray sales continue to slide. In some markets, digital sales have already surpassed physical media purchases, and the trends show we’re clearly headed in that direction. Put simply, the streaming revolution isn’t going anywhere. But with so much uncertainty, fans should consider picking up their favorite TV shows or movies on hard copy now more than ever.

There are already signs of new life for the moribund physical media formats, though the growth is starting to shift into niche markets. Several smaller and boutique video labels have been remastering and reissuing classic horror movies for collectors and new audiences in recent years, finding a whole lot of success in those markets. Labels like Shout! Factory’s Scream Factory, Kino Lorber and Synapse Films, have carved out a decent living digging into the archives and reviving cult horror and sci-fi flicks. They have an audience that actually wants to own and experience these films, without having to cross their fingers and hope that Hulu hasn’t cycled them out when they weren’t looking.

Convenience or not — If there’s a film or television series you love to revisit on occasion, physical media is still the best option. Stream it while it’s there, sure, because that is insanely convenient. But when the Netflix licensing deal expires, be glad that nobody can come and yank the Blu-Rays off your shelf.