Western media depicts two Chinas. One is an Old World seeped in tradition. The other is a modern cultural mecca with a powerhouse economy. Neither is accurate on its own.

The real China thrives both in the extremes of this dichotomy, and in the tangled space between the two. Twisted hutongs end in skyscrapers. Photos of Mao sit on coffee shop tables. The fastest trains in the world crisscross the country. Groups of elderly ladies form dance lines in the streets.

I’ve navigated this ever-changing landscape over the past eight months, and still my Western logic doesn’t always lend itself to understanding the East. Here are nine times I learned, as you will, to shift my perspective to better understand the dichotomy that is China.

While most Chinese students begin learning English once they turn 11 years old, the language is not prevalent in most Mainland cities—save Shanghai. This makes even the simplest tasks, like directing a cab or ordering coffee, hard. While Apple Maps and pointing is enough to get through most taxi rides and coffee in Chinese is easy to remember (pronounced like cafe), it’s best to learn some simple Chinese before landing in the Mainland. Hello, too expensive, beer—the important stuff.

Speaking some Chinese will also keep you from falling into taxi driver scams—from the common taking the long route, to switching out real bills for fake. I don’t know a single “laowai” (foreigner) who has not lost a few RMB to a cunning cabbie. 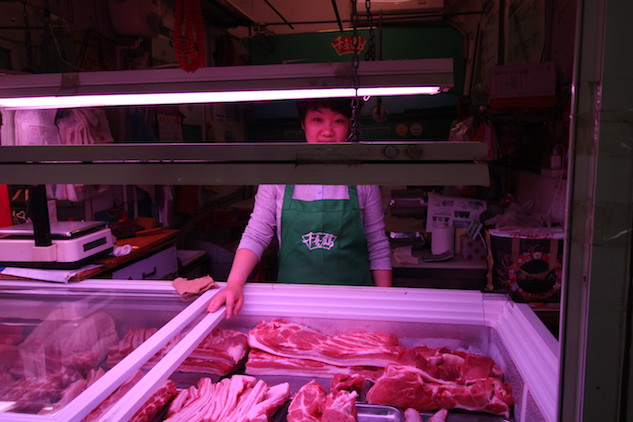 This sounds like an oxymoron, but it’s true. Cities here house millions. No one is holding doors. No one is saying hello or smiling at passers-by. No one is forming lines on subway platforms or waiting for their turn at the stop sign. This is a culture of competition. At the same time, children will offer you food on the subway and servers, grocers, and cab drivers will constantly take the time to try to figure out what you need—even if your Chinese is dismal.

Walking around Chinese cities in my cutoffs is an uncomfortable experience. Older women and men cringe when they see me in denim that does not brush my calves. At first I thought they were judging the length of my shorts. Then people started asking me if I was cold—in 98-degree weather. China values warmth; coats are a summer accessory, drinking water is always at least room temperature, even the beer is served warm. It’s considered healthier that way. 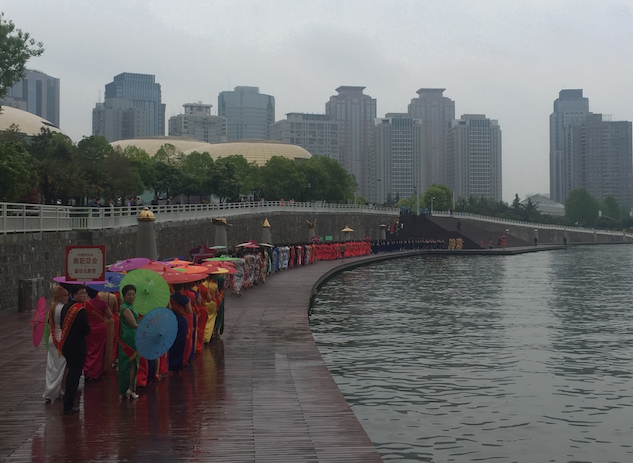 Their stares could also be in relation to the amount of UV rays hitting uncovered skin. To Chinese people, sun is the enemy (kind of contradictory considering they love warmth, but you do you, China). They value pale skin; their beauty arsenals promise whitening results and in the summer the streets are crowded with umbrellas to protect from the sun. When I have told people that in the West we willingly submit to skin cancer for a tan, their cosmetically bleached jaws drop.

If you need to use the loo, don’t expect China to provide the paper. That being said, China is spectacular at providing public bathrooms. They’re on every street corner, and tourists never have an issue sniffing them out (literally). Most restaurants, bars, and schools offer the toilet, but not the toilet paper (or soap). Speaking of the toilet, yes, it’s a porcelain hole in the ground. And yes, you will miss your target the first few times. 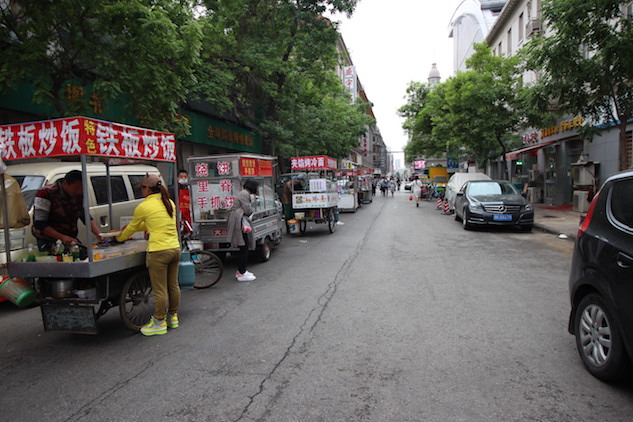 While traditional Chinese medicine seems oddly specific about some things, it has nothing to say about gutter oil. Ten percent of restaurants and street food vendors splash oil from the telltale water bottles to fry dumplings, rice, or noodles. It’s gross at first, but you get used to it.

8. Submitting to the Selfie

Selfie sticks are a phenomenon here. Local couples go on dinner dates and sit nose-to-nose with their individual selfie apparatus. And they will be even more excited about using said stick when they see you. Being a Westerner in China is like being a superstar. People—old men, young men, women, girls, and grannies—will constantly ask for selfies. Sometimes they aren’t so upfront and they inconspicuously take pictures of plain walls to “accidentally” snap a photo of the Westerner trying to blend with the bricks. However they maneuver it, it’s guaranteed that you will end up in some stranger’s phone, and not because you photo-bombed 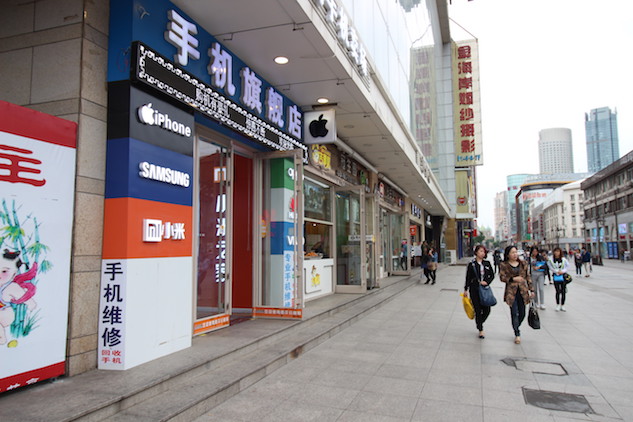 I’m writing this in a Starbucks. People walk by the green awning in Beatles tees and Levi’s Jeans. Wal-Mart is across the street. The best burger is a block away and the best pizza two blocks. On any TV at any time you can find The Vampire Diaries, Game of Thrones, or 2 Broke Girls. The East is not the same as the West, but it’s also not that different.

As an Iowan transplant in China, Luna Ward is exploring Beijing’s oldest districts, Shanghai’s budding fashion scene, and all the nooks in between—all while mastering the art of eating food on a stick.