Many of the world’s most impressive man-made creations contain structures built using materials from the surrounding landscape. In the case of these seven archeological wonders, they were built directly into their surrounding landscape. The ancient sites on this list include temples in China and India, churches in Turkey, as well as dwellings in Colorado. Despite being carved many centuries ago, these examples of rock-cut architecture remain for us to marvel at today. 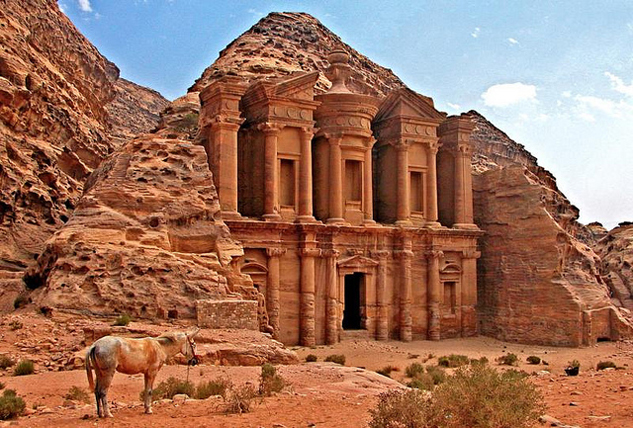 The rock-cut architecture in Petra, Jordan is both a UNESCO World Heritage Site and one of the New 7 Wonders of the World. The pink-hued rock that contains Petra’s famous architectural carvings earned the destination the nickname the Rose City. It lies between the Dead Sea and the Red Sea on the side of Jebel al-Madhbah. The famous archaeological site is home to several rock-cut temples and tombs, including Al Khazneh, Al-Deir, the Palace Tomb and Urn Tomb. 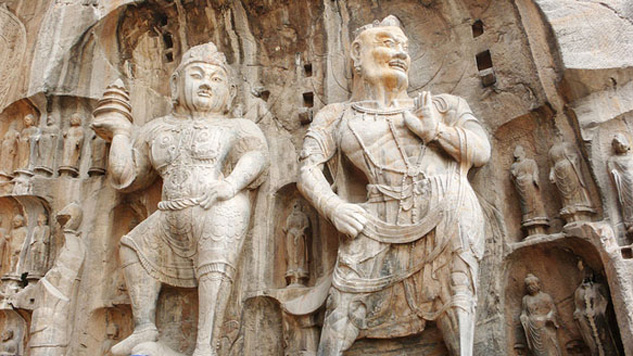 The Longmen Grottoes flank the Yi River in the ancient capital city of Luoyang, China. The site contains more than 2,000 artificial caves and over 100,000 Buddhas carved into the limestone cliffs of the Xiangshan and Longmenshan mountains between the 5th and 8th centuries. The UNESCO World Heritage Site also contains what is considered the best example of Buddhist art in China. 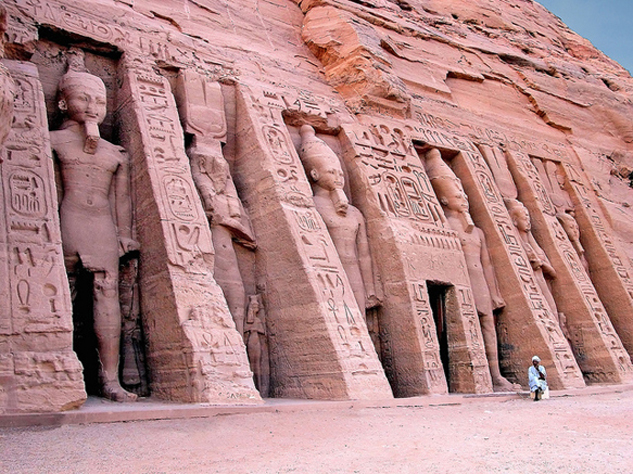 The UNESCO World Heritage Nubian Monuments at Abu Simbel is an archaeological site containing massive twin temples dedicated to Ramses II and his wife Nefertari. While the original temples were carved into the mountainside in the village of Nubia, the temples were later moved to higher ground nearby to protect them from flooding during construction of an artificial water reservoir. 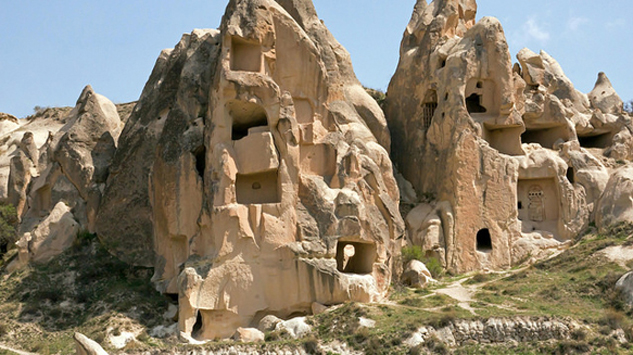 The soft rock formations that resulted from an eruption of Mount Erciyes in Turkey’s Cappadocia region resulted in a perfect landscape for carving sanctuaries, churches, monasteries and houses that today make up the Göreme National Park, a UNESCO World Heritage Site. The rock-cut creations date back to the 4th century and contain great examples of Byzantine art. 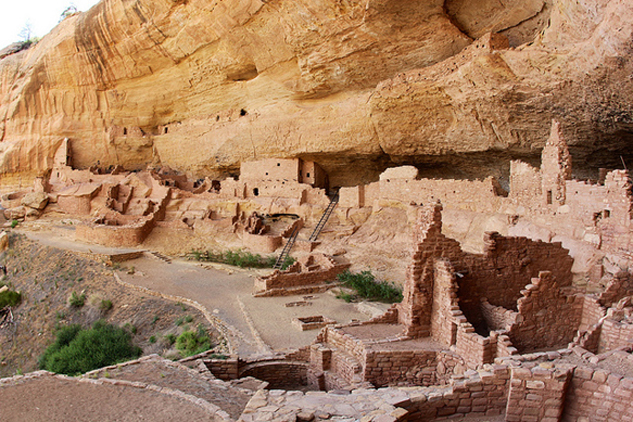 Within Colorado’s Mesa Verde National Park you’ll find the largest archeological preserve in the country. Among its more than 4,000 ancestral Pueblo Indian sites, there are 600 cliff-carved dwellings dating back to the 6th century. While most of the dwellings have only a handful of rooms or less, several contain more than a hundred, including the famous Cliff Palace and Long House. 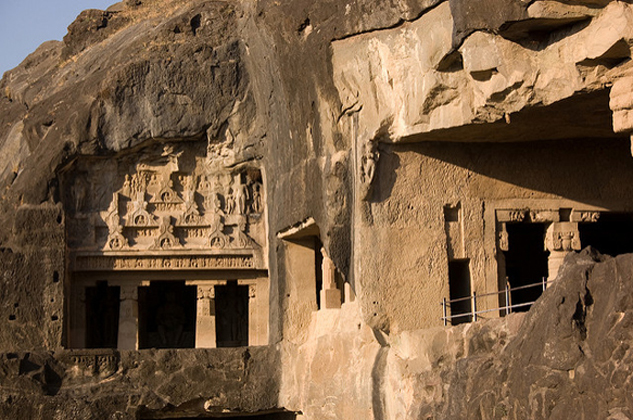 This UNESCO World Heritage Site contains rock-cut temples dating back to the 5th century. Ellora is located in Maharashtra, India and contains 34 caves dedicated to Buddhism, Hinduism and Jainism. The caves were carved into the side of a cliff and stretch for more than a mile. 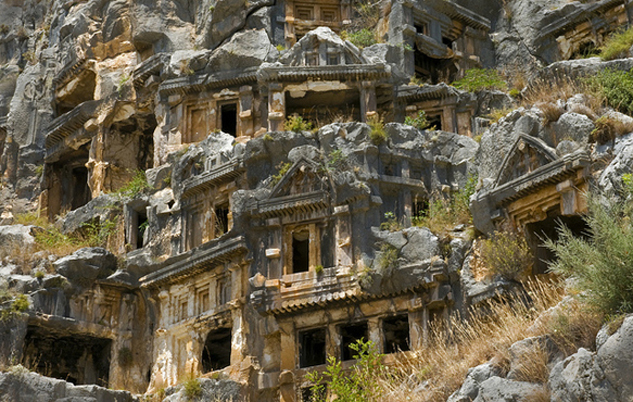 The 4th century Lycian tombs of Turkey contain ornate facades carved into the side of the region’s mountains. More than a thousand tombs are reported to remain today in varying states and styles. Some are more intricate with Romanesque columns, while others less so. The Lycian people believed the dead were carried to the afterlife by winged creatures, hence helping the process by laying them to rest in high cliffside tombs.

Paste Travel’s Bucket List columnist Lauren Kilberg is a Chicago-based freelance writer. Her travels have found her camping near the Pakistani border of India and conquering volcanoes in the Philippines.