Long-term nomads find it possible to navigate the world on surprisingly tight budgets by employing strategies to stretch every dollar, euro, and kuna. It helps to choose destinations where cost of living is cheaper than at home, keep day-to-day expenses low, and limit splurges, but for many, the real trick is wrapped in a practice as old as humanity: the barter system.

By bartering I mean trading by exchange of resources rather than by use of money.

The fact that bartering is alive and well in the modern world is a secret long shared by travelers and no platform demonstrates the idea better than Workaway, where the equation is simple:

I tackle a project for you, you provide room and board for me.

“That’s very hippy,” said a globe-trotting friend when I mentioned my first foray into the popular platform.

The statement took me by surprise. I hadn’t thought of the idea as hippy, just simply as a logical progression in the sharing economy. With sites like Airbnb and Bla Bla Car gaining more loyal users every day, the very nature of travel today revolves to an extent around sharing resources.

Workaway founder David Milward stumbled upon the idea through his own experience trading lodging for work. While building an off-grid house in Southern Europe, he often met travelers willing to lend a hand in exchange for a room. Recognizing an opportunity to bring diverse people together, facilitate cultural understanding, and help each other along the way, he launched the site in 2002.

Thirteen years later, Workaway pairs a roster of over 16,000 hosts in 126 countries with eager volunteers from around the world (especially the U.S., UK, France, Spain, Italy, Germany and Australia.) Some try it once during a holiday break, others turn it into a lifestyle, traveling the world from project to project. Both volunteers and hosts cite cultural exchange as the main reason for participation, with work contributed and money saved being the crunchy icing on the cake.

Gigs range from greeting guests in a hostel to shoveling manure on a farm. For some inexplicable reason, I chose the latter. Ready to leave a hyper-connected world behind, I boarded a train to northern Croatia two weeks ago to meet the Siblinek family—total strangers with whom I would live and work, in relatively close quarters. Four adults, three children, four horses, two pigs, two dogs, two cats, a gaggle of chickens, and a rooster pressed together in a grand cultural exchange. What could be more hippy, I quickly realized. 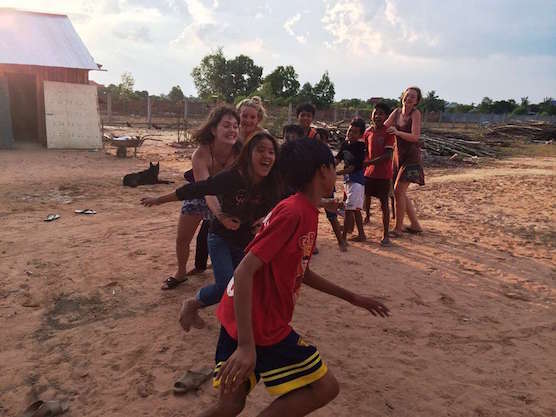 Days were spent cleaning horse stalls, weeding the garden, cooking and canning vegetables, splitting and hauling wood, and whatever else needed to be done. Evenings revolved around sharing meals and stories.

Sitting around the table, we talked politics and war, discussed Europe’s migrant crisis, swapped recipes, told personal tales of our families and backgrounds.

When I left the farm eight days later, I walked away with bruises, blisters, and a throbbing backache, but also with a deeper understanding of Croatia’s history and culture as well as present opportunities and challenges. No city tour, museum exhibit, book or film could have delivered the insights gained via Workaway. Being a regular tourist would have never brought me to this place of understanding.

In addition, I now know more about growing and cooking tomatoes than I thought possible. I have a new respect for anyone who works the land for a living and a healthy appreciation for horseshit’s varied and vital uses.

And, most importantly, I left with new friends and the immeasurable feeling of no longer being a stranger in a strange land. 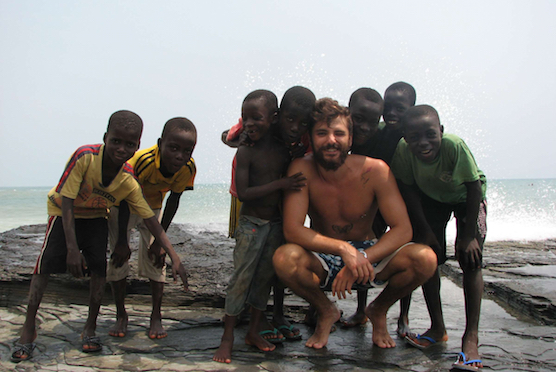 Tips for Making a Workaway Work for You:

Paint an honest and detailed image of your skills and interests. Hosts say many volunteers cite skills they simply don’t have. Don’t claim you “have construction experience” if you can’t actually build a barn. If you say you love animals, be prepared to pick up horse feces.

It’s never a bad idea to mention areas where you are inexperienced but eager to learn. This allows the host to decide if they are prepared to teach on the job.

Make sure you won’t lose money by taking this gig. Consider how much it will cost to get you there and other expenses the deal doesn’t include. Breaking even is OK because you still gain the cultural immersion. But avoid spending more than you save to feel good about the endeavor.

Begin with your own motivation. If you are signing up solely to save money while traveling, this isn’t for you. To successfully live and work with strangers, the driving force should be cultural exchange. Money saved is a perk.

To secure the right fit, Workaway’s Social Media and Press Manager Alicia Leung says, “spend time, write a great profile, upload fantastic photos, read the host’s profile carefully, send an enthusiastic email to show your interest in their project and how you can help and, of course, be flexible.”

Create a dialogue with the host. An open exchange of information is vital when choosing a project. “We recommend first time volunteers really communicate with potential hosts and not be afraid to ask questions after your research, as it is important to know what both parties expect,” says Leung.

This is a tricky one for many volunteers. Even when a host makes you feel at home, never forget that you are not at home. You are a guest in another land. By agreeing to work on a local’s project, you agree to respect the country’s culture and traditions.

This doesn’t mean you can’t discuss differences of opinion or new ways of doing things, after all, sharing is vital to the experience. It does mean you should never demand or expect your host to change the way they work or live based on your needs or assumptions.

The underlying philosophy with any project should be that you are there to make people’s lives easier—including your own.

And, no pressure, but do remember, you are representing your country here. Strive to make the rest of us hippies look good, will you?

Lover of a colorful story and good margarita, Jess Simpson is a Birmingham-based writer chasing a dream of slow travel through a fast world. She is currently discovering the beauty of Croatia, one sunset at a time. Find her on Twitter and Instagram @agypsygene.