This year marks the 25th anniversary of Star Trek: The Next Generation, the best of the five Star Trek TV series. The first season debuts on Blu-Ray this week, and we mark the occasion by looking at the best characters from across the Star Trek universe. 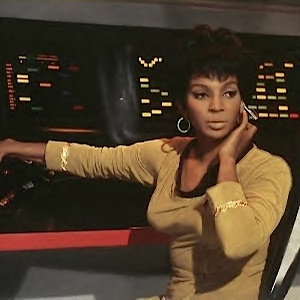 10. Nyota Uhura
Series: Star Trek
Actor: Nichelle Nichols
Credit Gene Roddenberry for imagining a world where an African woman would be an integral member of the Enterprise crew and for Nichols for portraying her confidently in 1966. According to director Donald Beck, Nichols planned on leaving the series after Season One, but Martin Luther King Jr. convinced her to stay. 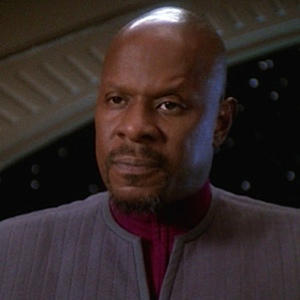 9. Benjamin Sisko
Series: Star Trek: Deep Space Nine
Actor: Avery Brooks
How could we not love a Captain who kept a baseball on his desk (though we were sad to learn the sport will become mostly extinct in the 24th century). Sisko was raised in New Orleans, but has a hard time embracing that city’s carefree nature. We can’t really blame him with all the headaches his outpost brings, trying to help Bajor recover from Cardassian occupation—not to mention the threat of the Dominion. 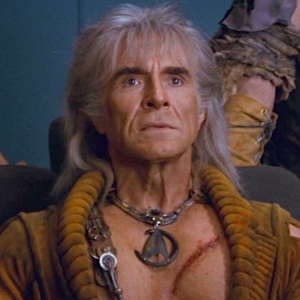 8. Khan Noonien Singh
Series: Star Trek
Actor: Ricardo Montalbán
Fifteen years separated Ricardo Montalbán’s appearances as Khan on the TV series and one of the better Star Trek movies, but that’s nothing compared to the two centuries he remained in stasis after fleeing Earth, where he ruled more than a quarter of the planet, from the Middle East to Asia. He remained the best villain the Enterprise faced until Q introduced humanity to the Borg. 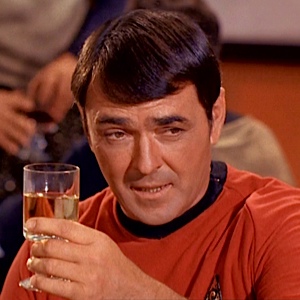 7. Montgomery Scott
Series: Star Trek
Actor: James Doohan
Scotty was either an eternal sandbagger or a miracle worker. The pessimistic chief engineer somehow always found a way to coax a little more power out of his baby, the Enterprise. The biggest miracle, though, was how Scotty managed to make engineering seem cool. 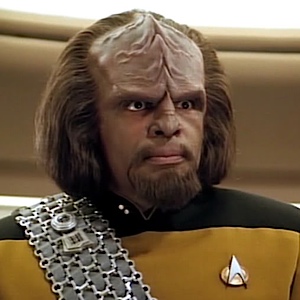 6. Worf
Series: Star Trek: The Next Generation
Actor: Michael Dorn
One of the best moves when Gene Roddenberry brought sci-fi back to television with ST:TNG was to include a member of humanity’s greatest enemies, the Klingons, as a member of the Enterprise crew. Worf, son of Mogh, was the first Klingon officer to serve in Starfleet, and his serious nature provided for some of the show’s funniest moments. 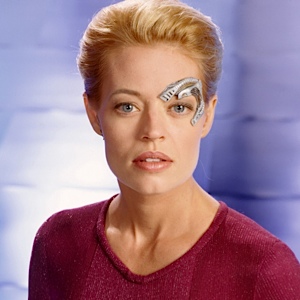 5. Seven of Nine
Series: Star Trek: Voyager
Actor: Jeri Ryan
The Borg was the most compelling villain in the Star Trek universe, and the captured former-human, Seven of Nine, Tertiary Adjunct of Unimatrix Zero-One, gave the enemy a (pretty) face. Assimilated at the age of six, Seven struggled to regain her humanity, learning to cope with life in her new collective. 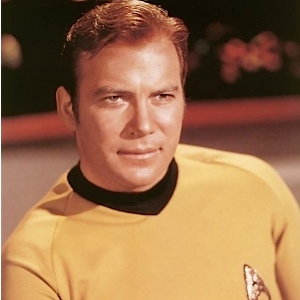 4. James T. Kirk
Series: Star Trek
Actor: William Shatner
Shatner’s Kirk was an action hero, even more at home scrounging for a fight than sitting in his Captain’s chair. The only thing he wasn’t particularly comfortable with was following regulations. The maverick commander always believed there was a way through the most impossible scenarios—even when Spock’s logic told him otherwise. 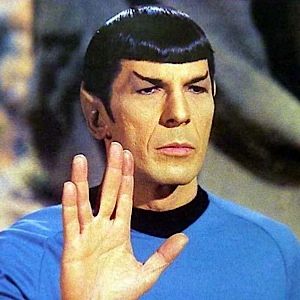 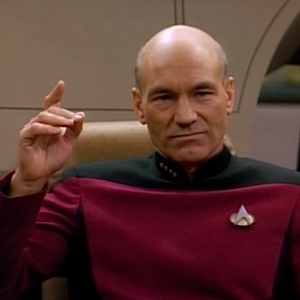 2. Jean-Luc Picard
Series: Star Trek: The Next Generation
Actor: Patrick Stewart
Our favorite Star Trek captain is a French-born, middle-aged, balding man, who used intellect and diplomacy where Kirk might have gone in phasers blasting. He almost never got the girl. He was uncomfortable around kids. But he always made the right call, and even when the Enterprise was light-years from home, his moral compass always pointed north. He was terrifying as Locutus, the assimilated spokesman for The Borg—facing their greatest enemy, the crew of the Enterprise missed their Captain saying “Make it so” and “Engage!” 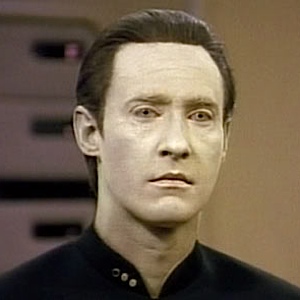 1. Data
Series: Star Trek: The Next Generation
Actor: Brent Spiner
Our favorite Star Trek character is the robot who wanted to be a man. Even more than Spock, Lt. Commander Data gave us a unique window on what it means to be human. Despite his super-human strength, intelligence and abilities, he only slowly came to understand things like emotion and humor (though he did ironically name his cat “Spot”). He was helped on this journey by growing friendships, especially with Geordi LaForge.