Fall may be the peak of great television, but the first half of the year has had its share of quality TV, and it’s time that we paused to take stock: Which TV shows are worth going back and watching? What are the best TV shows of 2012 so far?

So far, we’ve watched the return of some of our favorite series in Mad Men and Community. We’ve also been surprised by new shows including Veep. These are our 10 best shows of the year so far. What did we miss? 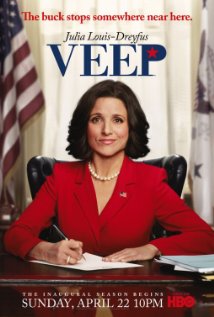 10. Veep
Creator: Armando Iannucci
Stars: Julia Louis-Dreyfus, Anna Chlumsky, Tony Hale
Network: HBO
Armando Iannucci first took on British politics in The Thick of It, then UK/USA relations with In the Loop. Now Iannucci has tackled the second most important seat in D.C., the Vice President in Veep. His hilarious and witty scripts, along with an entire cabinet of not entirely reliable aides has, along with Girls, made HBO a strong comedy network once again. But it’s Julia Louis-Dreyfus’ return to TV as the VP herself, Selina Meyer, that elevates Veep, as she deals with varying problems, such as yogurt flavors, obesity and pregnancy scares, with grace and humor every week.— Ross Bonaime 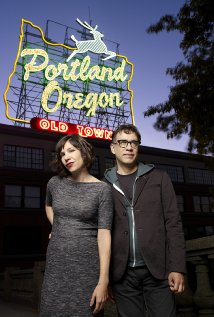 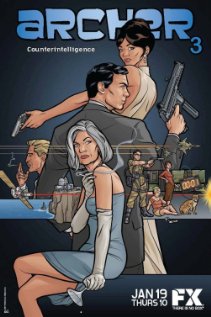 8. Archer
Creator: Adam Reed
Stars: H. Jon Benjamin, Judy Greer, Amber Nash
Network: FX
The third season of Archer began with Sterling discovering his mother was dating Burt Reynolds and ended in space with Archer contemplating fighting his arch-enemy in a robot suit, Aliens-style. In the world of Archer, which combines Mad Men-cool with James Bond missions and the great H. Jon Benjamin’s snarky voice work, none of this is out of place. Archer’s third season further fleshed out the offices of ISIS, while still keeping the show suitably in the DANGER ZONE!— Ross Bonaime 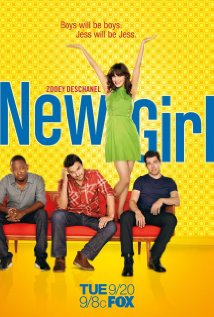 7. New Girl
Creator: Elizabeth Meriwether
Stars: Zooey Deschanel, Jake Johnson, Max Greenfield
Network: Fox
Probably the biggest problem with the first season of New Girl is its advertising campaign, which offered up a “adorkable” Zooey Deschanel and her quirky adventures with her three new male roommates. While the show did start off as that, New Girl became a fantastic comedy in its second half, showcasing the character dynamics and heart at the center of these four roomies. Deschanel has dialed down the awkward cuteness routine. And now Jake Johnson, Max Greenfield and Lamorne Morris as Nick, Schmidt and Winston, respectively, all stole the show, creating three of the best breakout characters in this last season and giving Fox its best comedy in quite some time.—Ross Bonaime

6. The Walking Dead
Creator: Frank Darabont
Stars: Andrew Lincoln, Jon Bernthal, Sarah Wayne Callies
Network: AMC
The second half of the split second season that aired earlier this year stayed mostly on the farm, where characters had time to catch their breath and get a little further developed by the show’s writers. But the last several episodes also didn’t lack for good ol’ fashioned zombie action leading up to a doozie of a finale. And with the 100th episode of the comic coming soon, there are some fascinating characters and storylines waiting to be made for TV this fall.—Josh Jackson 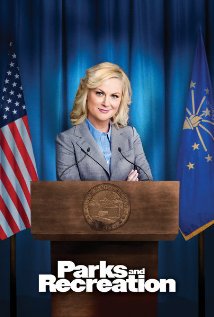 5. Parks and Recreation
Creator: Greg Daniels, Michael Schur
Stars: Amy Poehler, Rashida Jones, Nick Offerman
Network: NBC
The balance between Parks and Recreation’s optimism and its cutting wit is what gives the show so much tension. On the surface, every character in it is a stereotype and easy to judge. But the show has the maturity to look for the best in all of them, continually looking for ways to make them more complex and human. Parks and Recreation laughs at its characters with affection rather than anger—and it certainly helps that Parks and Recreation has the best cast of any comedy show currently on the air, period. Its transition from single-episode stories to much lengthier arcs worked perfectly, and it’s one of the few sitcoms to ever successfully transform the show’s DNA without ruining that formula that made it successful in the first place.—Sean Gandert 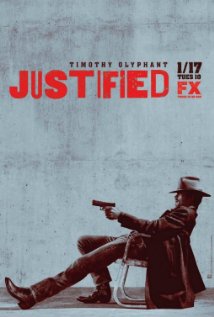 4. Justified
Creator: Graham Yost
Stars: Timothy Olyphant, Walton Goggins, Joelle Carter
Network: FX
Despite the loss of Emmy winner Margo Martindale from the second season, there was no dip in quality for Justified in season three. The additions of Mykelti Williamson and Neal McDonough deepened an already absurdly talented ensemble anchored by Timothy Olyphant, Walton Goggins and the lovely Joelle Carter. The dialogue is dynamite, the cast is at the top of their game and the western has never seemed so cool. Perfect viewing to catch up on during the summer heat.—Jack McKinney 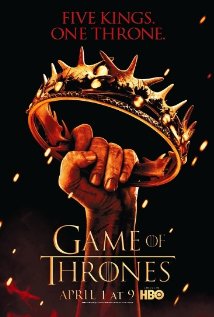 3. Game of Thrones
Creators: David Benioff, D.B. Weiss
Stars: Peter Dinklage, Lena Headey, Maisie Williams
Network: HBO
The Ironborn say “What is dead may never die,” but that doesn’t apply to the scores of soldiers and sailors in Westeros who met their end in the show’s second season. The game of thrones is dangerous, but it’s a joy to watch Tyrion (Peter Dinklage) excel at the center of it as acting hand of the king. But every different plot line—Arya’s flight, Jon Snow’s adventure beyond The Wall, Daenerys’ struggles in Qarth, Theon Greyjoy losing his soul in Winterfell—was gripping.—Josh Jackson 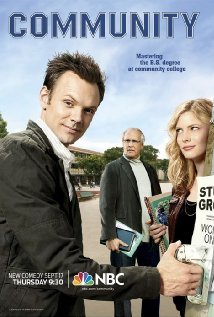 2. Community
Creator: Dan Harmon
Stars: Joel McHale, Danny Pudi, Donald Glover
Network: NBC
The initial premise for Community promised a cheerfully ordinary sitcom, focused on the small life lessons of a few community college student. But it’s long since drifted away from the pilot to become something far weirder and more fascinating. While the show’s stuck resolutely by its original characters and setting, the stories it’s told have been a series of genre experiments and oddball ideas that seem far more suited to Adult Swim than primetime NBC. What Community, though, has that so many other shows interested in exploring less mainstream comedy lacks is heart. While the show is willing to go anywhere, either for a joke or just plain whimsy, it never forgets that its characters are what’s most important.—Sean Gandert

1. Mad Men
Creator: Matthew Weiner
Stars: Jon Hamm, Elisabeth Moss, Vincent Kartheiser
Network: AMC
Prostitution. Suicide. Divorce. Flashbacks, dream sequences and LSD trips. On paper, it sounds like the kind of stuff you’d encounter on a smutty soap opera, but Mad Men handled all of its sensational plotlines with grace and intelligence during its fifth—and best—season. We never thought we’d see a happily married Don Draper lose his passion for advertising (and, truth be told, if the last few episodes of the season are any indication, the old Don seems poised for a comeback), but the development of his character (as well as Lane’s tragic demise, Pete’s affair and Peggy’s departure from Sterling Cooper Draper Pryce) took the show into uncharted territory. At the end of the season, he’s asked, “Are you alone?” and while the episode cuts to credits before he can answer, one thing’s for certain: Mad Men stands alone as the greatest show of 2012 so far.—Bonnie Stiernberg